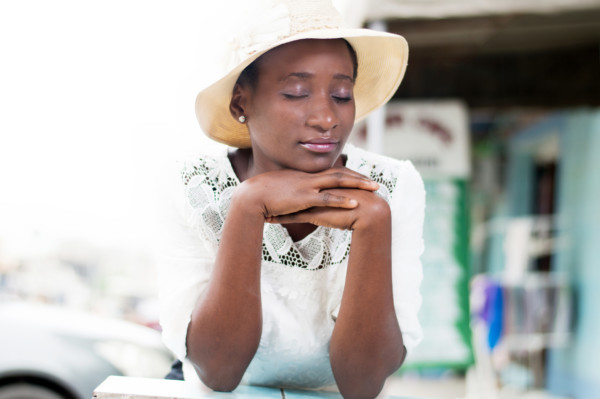 If there is anything many Nigerians hold on to, it is hope for a brighter future. The ‘e go better’ mantra is one that Nigerians hold to heart. There’s a belief that one day, things will turn around for good. We believe that one day, God will just come down from heaven and wipe out all terrible leaders or just raise one good incorruptible leader and boom… everyone will be free and the country would be rid of corruption.
It is with this hope that many Nigerian kids go to school and sit on the floor or window sills, placing their books on their laps to write. It is with this hope that kids wear their tattered uniforms, rubber sandals, and torn school bags and still go to school happily. This hope makes them stamp their feet in the sandy assembly ground, chanting “parents listen to your children, we are the future of tomorrow…”
It is the hope for a better future that keeps Nigerian students sane when ASUU goes on its yearly strike – when the students spend 7 years in the university for a 4-year course.
This hope makes some youths study medicine because they want to improve the healthcare system or law because they want to fight for justice or become policemen because they want to end crime in Nigeria.
It is with this hope that Nigerian youths show up to vote for a particular person and demand for change.
But this hope is a weak, cracking twine, fading slowly and consistently as the years go by.
Nigerian youths have found themselves in a cycle – a situation that occurs again and again until the people give up all hope and embrace abnormalities.
A crashing economy, a dirty and corrupt political arena, insecurity, a nonexistent power supply, a terrible healthcare system, injustice, tyranny, religious and tribal intolerance – all these are like a thick wide web where many Nigerian youths are stuck in. It is a trap that sinks that feet into thick mud and keeps them rooted in the same spot.
With time, their dreams dwindle and they just want to survive.

Why Is There So Much Hopelessness?

Short answer: there are no sustainable structures for the collective good.

Politically, there is no provision for young people in governance and Nigerians are forced to recycle old, tired bones.

For years, Nigerian kids chanted songs of being the future, but many decades later, the old people still rule. They hold on to power like a tick sticks to a dog.

There seems to be no space for the young ones and even when the young ones eventually get a chance, you realize that both the old and young are all dressed in the same fabric.

The political arena is one where, to win certain seats, you have to be friends with certain godfathers and have loads of cash. It is a place where the youngies have to roll with the oldies before they can be ‘dashed’ a slot. And for the young ones to be given this chance, they have to swim, like pigs, in dirt and pass the test of corruption. You have to be sharp – and being sharp comes with the ability to steal and wipe your mouth clean.

Little wonder then that the youths, who should uphold democracy and be at the core of good governance, are the same ones who, when given the slightest taste of power, use the opportunity to steal out of the national cake. For some, being in position of power is an opportunity to include their friends and family in ‘ghost working slots’ or give them roles they are clearly not qualified for.

For some youths, they don’t need to occupy powerful seats, they only need to be employed by corrupt leaders. Their duties will be to whitewash every action of the leaders and convince the people that it is for their own good.

For some, they hide under the umbrella of activism and government-criticism to get recognized. When they contest, the people happily vote them, but when they get into power, they stick their middle finger up at the people.

How then will Nigerian youths break out of this terrible system when the few youths who have the opportunity to make things right already have their white garments strained with palm oil?

Financially, Nigerian youths are hardly making it through. Many are heavily underpaid, labour laws are not functional, there’s no social welfare system for them and they are one sickness away from going bankrupt. Every increase in salary or promotion at work is equally matched with inflation, and economic instability, to an extent, defeats the purpose of saving. At the end of the day, many are back to square one.

Education nko? Aside from spending years in school with terrible lecturers and ancient of days textbooks, many Nigerians have to re-educate themselves before they are deemed to be employable. They eventually realise that most of the things they were thought in school are so irrelevant to the world we live in.

The security situation is also very pathetic. Hashtags after hashtags, yet justice is never served. It is the same thing: SARS kills a young Nigerian, Twitter is on fire for a few days and everyone is calling for justice, police PRO says they’re handling the situation, few days later, people forget about it all. Rinse and repeat.

Most Nigerians who want to make that change are stifled by a corrupt system. This system squeezes them until they throw in the towel and give up. At the end, they get so tired of everything and they care less if the country burns to the ground.

Who Are The Famed Leaders of Tomorrow?

There are no leaders of tomorrow. After all, today was ‘tomorrow’ for many kids. They are adults now and nothing has changed.

The only way to break this cycle of stagnancy and backwardness is to break out of moral decadence, tribal and religious wars, political ass-licking, cowardice, misogyny, and harmful cultural norms.

You have no right to criticize the corrupt government if you or your friends are ghost-workers – receiving payments without working while millions of youths are unemployed.

Nigerian youths cannot break out of this cycle if the only reason why majority voted in their president or governor is because he comes from their state or local government area. If everybody want to ‘fight’ the government but nobody wants to go out to protest. If some Nigerians support a bad government with the hope that they’ll get hired one day.

You cannot be a leader of tomorrow if you are shrouded in immorality – thievery, cheating, corruption, bullying. If the only reason why you want to lead is to have a share of the country’s wealth and rob people of their basic infrastructure.

The only way to break this cycle is through unity; when Nigerian youths set aside their differences and collectively demand for value. When they do not whitewash corruption or try to justify incompetence.
Disunity is a big tool that has been effective in keeping Nigerian youths under lock. That is why a journalist can be unlawfully detained and rather than call for his release, other journalists will collect brown envelope and then flip the narrative in favour of the government.
The ‘leaders of tomorrow’s will never lead if they do not rise up as one and fight.
No one wins a war by remaining on the ground.
Related Topics:BellaNaija FeaturesHolding the government responsibleHopeHope and NigeriaNigeriaNigerian governmentNigerian YouthNigerian youthsNigerians and Hope
Up Next

Osayi Lasisi: How To Sell your Products and Services Faster Using Affiliate Programs