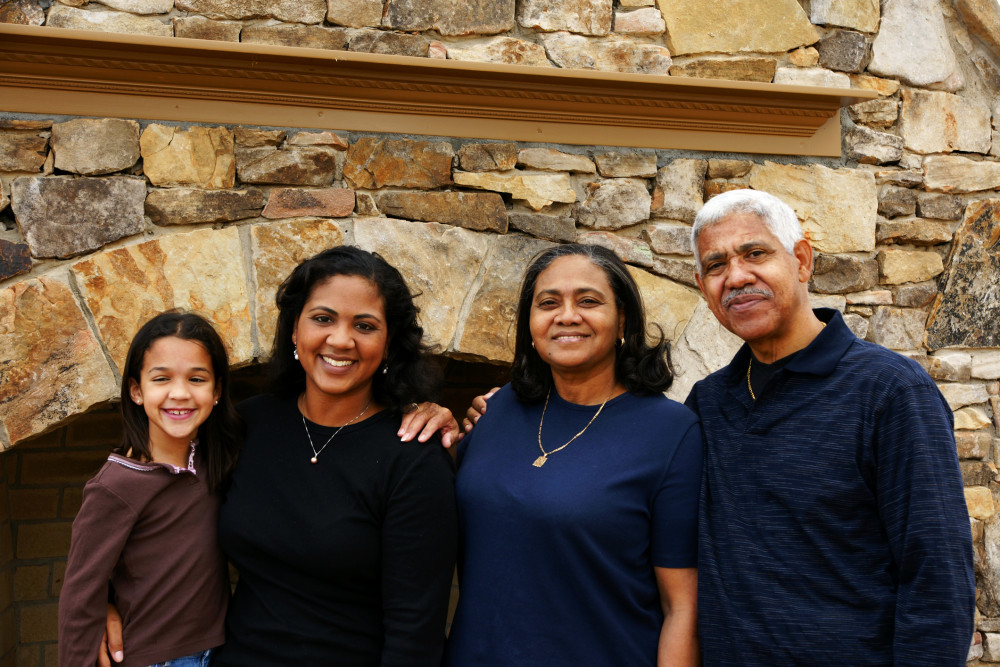 On 28th of April, 2020, my parents celebrated their 41st wedding anniversary.

A lot of people hear 41 years and exclaim, “wow”, thinking it has been all rosy. Trust me, a 41-year-old cannot fully claim to be an adult without experiences, scars and lessons to show for it. I have been fortunate to have lived with both parents and although I’m not married, I have stayed under the parenting and marriage of two ‘perfectly-imperfect’ people who have managed to keep their marriage ship afloat. As the last born of the family, I am almost sure I have stayed longer with them than any of my siblings have.

These lessons are timeless. Intending couples, as well as the married ones, can pick a lesson or two.

Here are 12 things I have learned from their marriage so far:

If I did not witness this in their marriage, I wouldn’t have known that every person deserves respect, regardless of age and/or gender – not because you are a man or woman, but because you are human and you have the God-given right to be dignified. I see no malicious manipulation in their relationship, inspite of their differences. I believe the basis of this respect is because they did not create room for major insecurities.

When a man is insecure, he becomes threatened by the success of his wife or her stereotypical feminine attributes. It is the reason violence happens. Violent men are insecure men.

When a woman is insecure, she could become verbally abusive and suspicious of everything the man does until she self-destructs the home. However, mutual respect places a bar on the level to which you cannot exceed even when you are very upset. It is this respect that makes you quiet even when you are tempted to erupt in rage at your spouse.

Violence is not an option

“If he doesn’t respect you before marriage, there are high chances that when the heat is turned on, he might one day ‘mistakenly’ hit you.” My Dad would say to my older sister and I. “God forbid any man hits any of you, you are leaving that marriage that same day“, he’d continue.

I have never seen my dad hit my mum. Never! It is why I know that an insecure man is not an option, a hot tempered man is not an option, neither is a verbally abusive man an option. They are all equal to violence. I learned that I am a dignified human being first before I am called a wife or anything else. So, anything that makes me less than that is a no.

I see a lot of people are quick to imbibe the mentality of boss and servant once they marry, especially when children start rolling in. My parent’s marriage shows me partnership (with no one maliciously taking advantage of the other) makes marriage more relaxing and enjoyable. As a primary school student, my dad sometimes had to cook our meal when mum was not back from work.

I have not asked them how they handle their finances, but I know they jointly contribute to family upkeep (although not in equal proportion).  Both of them are involved in decision making that pertains to the family. Nevertheless, Dad still gets to determine the ayes and nay, but with mum’s influence.

Individuality should not be lost on the altar of marriage; there is an extent to the happiness your spouse can give

I have learned that no matter the heaven and earth you promise each other, there is a limit to what your partner can do that can give you the satisfaction and happiness you seek. I have learned it is necessary to discover yourself before you marry – who you are, what you want, what you love doing, your circle of people and your purpose. It helps you to avoid straining your relationship by demanding what he/she cannot give.

Developing yourself will keep you busy, instead of overthinking what is not. It will also give you a healthy view of yourself when your partner is not doing that. It breeds admiration from your partner too. My Mum (even after retirement) bagged her PhD and keeps learning new skills. Dad is so proud of her. He is quick to tell my siblings and I about the new bag mum is making or the face mask she sewed for both of them. Hilarious!

Because in life, YOLO! You already know life is a mix bag of good and bad moments. It is the reason I learned from them that celebrating one another means a lot. Even if and when you are fighting or not talking with your partner, you must (as a standing rule) celebrate their birthdays, milestones and achievements. These things come once in a while, but the memories you will get from them are some of the strands that form the root of marriage and family bond.

It doesn’t have to be big. In our home, if anyone is being celebrated, we all eat grilled fish (or whatever delicacy) from one big plate and toast to the celebrant’s health and happiness. No matter how small, even if it is a card you can afford with a genuine heartfelt message, by all means, give it. My dad still buys happy mother’s day gift and birthday gifts for my mum. Mum does the same. They also buy random gifts for each other once in a while. These gifts and celebrations go a long way to show thoughtfulness and care. It cannot be one-sided or miserly. It has to be mutual and generous within your means.

Storms will either break you or make your bond stronger

Some unexpected things may happen that will shake you to your core. There will be every justification to react as you deem fit and you may even convince yourself that you can’t take it anymore.

Storms will threaten your family dreams, personal health and wealth, emotional and mental stability. Again, I cannot tell you about my parents but I know they have had their share of it, internally and externally. This breaking point determines if your marriage will make it to the next tempest. When both of you are tired, but no one is willing to give up, you add one more layer of bond and strength to your marriage.

What is marriage without team spirit?

When there are some major decisions to be taken, even the children (right from secondary school days) are carried along in the decision making process. I remember a time dad had a major interview, he knelt at the centre as we circled him and prayed for him in turns. I have always seen my dad as the head coach and mum as the assistant coach. I love that they carry us along and no one is left behind, not even the youngest.

I learned to be generous with genuine compliments. I previously was not used to giving compliments generously, but my parents’ relationship has taught me that it is important and I should be intentional about it. Genuine compliment goes a long way, especially when it is unexpected.

Love is not perfect, it is quite messy

There are days you won’t want to share a bed with your spouse. You will be confronted with die-hard habits and what was once tolerable, will become irritating. I have learned to love beyond ‘picture perfect’ because humans will be humans, no matter how cute they look.

Your marriage will have its own peculiarities

Newlyweds are always bombarded with marriage advice when they get married or before they do. Even I gave my friend some advice at her bachelorette party. Nevertheless, I learned from my parent’s marriage that I do not and should not model my marriage after anyone else’s or certain tradition without understanding my partner first. Third parties may instigate partners against each other on certain things, in certain ways, but by all means, do what works for both of you. Then and only then can you begin to model after those who look like where you are going and want to be maritally.

Try to hang out as often as you can

Whenever my parents tell you they are strolling around the neighbourhood, know that they are going to a nearby food joint to enjoy themselves. When we were much younger, this was their practice. Just both of them. Although sometimes they carry us along. I believe this hangouts also contributed to their bond.

I obviously did not meet my parents in the lovey-dovey phase of their relationship, as I am the baby of the family. However, I met two people who shared a lot together, sacrificed a lot and brought me up with a team spirit. My parents were friends right from the time I knew them – friends that share a bedroom. The mutual support was evident and strong. I believe one of the things that makes them stick together is mutual support. After all, what is friendship without mutual support? My dad recently referred to my mum as his nurse, while my mum referred to him as her teacher and mentor. These descriptions keep changing positively, and they are true. I see my parents practice friendship and support even in their old age.

After all is said and done, successful marriage is a matter of mutual choice and determination. I wish you joy and happiness.

Sinmiloluwa Omole is a literary enthusiast and an aspiring writer. Her writings border on human nature, lifestyle and culinary arts. She is also an advocate for women’s right, child education and protection of minorities. Professionally, she is a lawyer specializing in litigation and administrative law. You can reach her via Instagram @sinmiomole, Facebook: Omole Sinmiloluwa, or e-mail: [email protected]