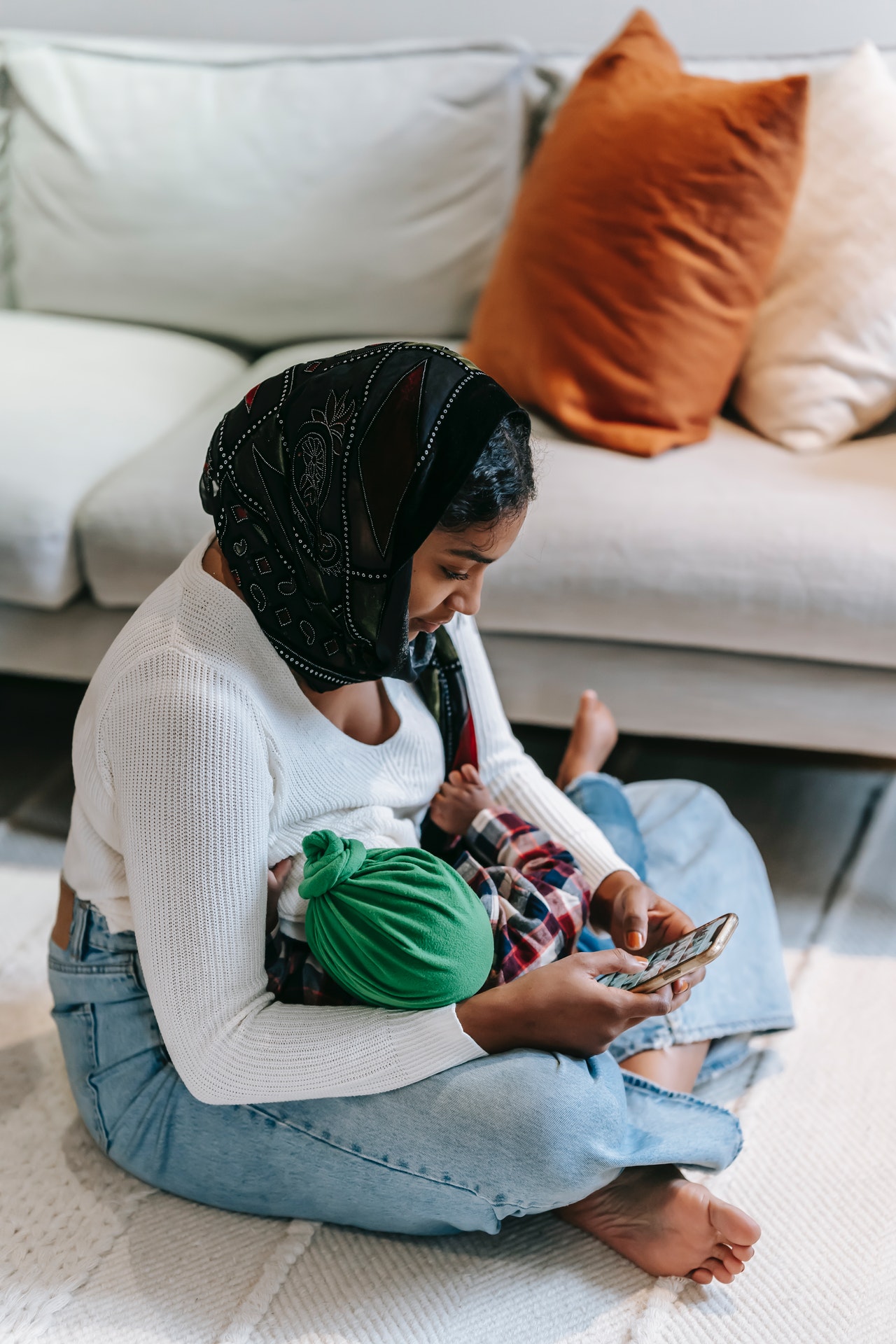 I eventually put to bed after a labour experience that I can only describe as the baptism of fire – for lack of better words to explain how excruciating the experience was. But it didn’t dampen my joy. My baby was here, and I made it through! I was stitched up, sore and tired, but I made it. That’s all that mattered to me.

Luckily enough, I didn’t have a problem with lactation, my body was just ready to nurture my baby exclusively for 6 months. I heard so many counter opinions, how water is good for newborns, how he cried all the time because the breastmilk wasn’t enough for him, how I needed to introduce formula because infant formula was more filling than breastmilk, how my baby’s inability to sleep for long stretches at night was because he wasn’t satisfied with just breastmilk.

But I stuck to my decision. My baby was chubby, with fat thighs and cheeks and just so cute! Hehe. What were sleepless nights that I couldn’t endure? When I was very sure that he would sleep better with time as he got older. 5 months later, I suddenly discovered that I was pregnant again, and – wait for it – the pregnancy was over 3 months gone!

I don’t need to tell you that exclusive breastfeeding went in the mud from there as it became a physical, mental and psychological battle to take care of myself and my 2 babies – so to speak. When I eventually had my second baby 11 months later after an emergency surgery, my body felt like it had been smashed repeatedly by an angry driver driving a lorry.

I wasn’t even thinking of exclusive breastfeeding! I just wanted to live. I didn’t see my baby until about 24 hours later. I couldn’t sit up, I couldn’t breastfeed at that point even if I wanted to. I was going through a lot psychologically as my first baby couldn’t walk yet. We had all kinds of issues with the nannies and domestic helps we employed to help out. At some point, after my mother had to go back to her base to resume work, we were alone with the two babies. My milk supply dried up, I was struggling to even breastfeed my baby more than twice a day. I had nothing to give, no matter how much I tried. Infant formula saved us that period. I don’t know how we got by, but we did.

There are so many perspectives to breastfeeding an infant in this day and time, and while it’s not possible to address every scenario around it, there are some that we must mention for better understanding. There is the mom who is shamed by the nurses and other staff at the hospital for augmenting her baby’s feeding with infant formula, most times without knowing her personal struggles with it all. There is the mom whose baby couldn’t latch on properly despite her best efforts, with her sore, cracked and bruised nipples showing for it, and she had to express the milk and bottle feed. She gets shamed and condemned too.

I can’t forget to mention the mom who has done exclusive breastfeeding, and whose child won’t eat well long after it has been concluded. She has been erroneously informed that her child’s eating habits are as a result of the exclusive, and now she has vowed never to exclusively breastfeed again. I don’t know why but I’ve never actually succeeded in convincing them of the flaws in this particular analysis.

There are so many nuances, so many reasons why every mother’s breastfeeding journey cannot be lumped into one huge description of “exclusive is good, not doing exclusive is bad,” and I wish that the world would learn to be kinder to women and mothers. I wish more people would learn that while exclusive breastfeeding is the best option for an infant for six months, not every mother can achieve it and that it’s still okay.

Photo by William Fortunato from Pexels

Related Topics:BreastfeedingMotherhoodRita Chidinma
Up Next