BN Hot Topic: Will the Truth REALLY Set You Free? 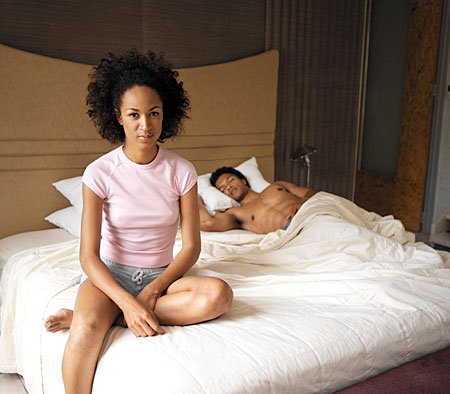 A few years ago, my friend was about to get married to her boyfriend of 7 years and she found out that he was a prolific cheat. She was distressed but not just because of the impending wedding, but because a lot of older female relatives counseled her against calling off the wedding. According to them, men do this all the time and she needs to look inward to determine what’s important to her and what is not. “Besides, if you leave this one, what’s the guarantee that you’ll meet another one who wont cheat! They all cheat. You will just apply wisdom!” For years, this “truth” has been perpetrated and nothing has been done to dispel it. Younger generations are being brought up to believe this is the norm, so in this regard we have a very LONG way to go. However, one thing that you won’t hear being brought up as a subject of discourse is a cheating woman.

The cheating woman is something often whispered about. The way a man’s infidelity and brazen adultery is lauded – well… women aren’t that ‘lucky’. In fact, you know how guys try to justify cheating by saying “Baby, it was just sex. It’s you my heart belongs to.” – women don’t have that kind of luxury. It is believed that if a woman has sex with a man that’s not her man then she must be emotionally involved with the person she’s cheating with. It is taken that while women would very likely condone their man’s infidelity, a man would ABSOLUTELY not turn a blind eye to cheating.

I had a conversation with married friend recently. He had just gotten out of an affair with a married woman and he was telling me about how the affair didn’t end at his own behest rather because the lady he was having the affair with got sloppy. According to him, she suddenly grew a conscience and decided to tell her husband that she had been cheating on him. After the revelation, the girl’s husband made her confess to the council of elders in church and my friend was sure that any day now they’d call him for a meeting. I told him that the church and a meeting was the least thing that should be on his mind. The girl’s husband was more likely to get him thoroughly beaten up. “Ah, wait first, she told the guy your name?”
He replied in exasperation: “Imagine oh! Is she a learner? Who told her confessing ever solves ANYTHING? As I am like this does she think I would ever confess? Please!”

It got me thinking about women and confessing of an affair. The first thing that came to mind when I actually settled to think about the scenario was “The truth doesn’t set you free in this case! Na shackles for life be that one.” So, I put the topic before my TN group (They said if I don’t acknowledge them in this piece they’d never help me again :P. Shout out to my TalkNaija family).
“So guys, would you rather have your wife confess to you if she’s cheated or would you rather not know?. Ladies, if you cheat on your spouse, would you confess? Or live with the guilt -if any- till you’re either caught or you die”

Four of the guys stated categorically that they would rather not know; but if they found out it was the end of the relationship. Two of the women said they would NEVER confess. “Confess gini? It will go down to the grave with me biko. Those things never end well”.

My friend, Wale, said he honestly didn’t know how he would react if his wife cheated. His first instinct would be to walk out of the marriage but then he would think about other things like his children *if they had children*. He said to me that this wasn’t something he had ever paused to consider.

I realize there’s a tendency for this to descend to the valley of finger-pointing and holy admonition, let’s try to refrain from doing that. Let’s have a healthy discussion for everybody to learn a thing or two.

New in Lagos & Trying to Find Space to Rent? Check out Some Tips to Guide You