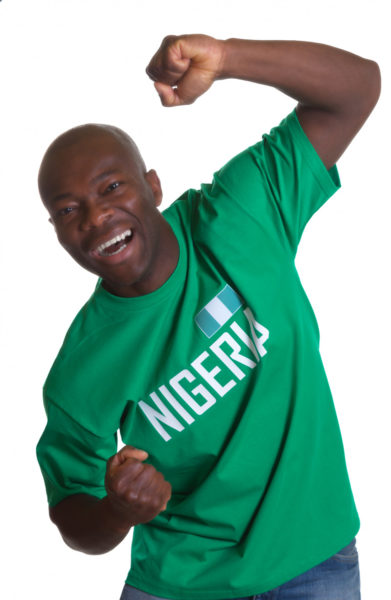 Following the commemoration of our independence day, I think it is important to take one of the most important issues of the country, discuss how it’s ripping us apart. It’s also important to try and find a way to move forward.

Many Nigerians refer to how we were brought together without much of a choice in the year 1914 in what is popularly called amalgamation.

The country has marked a hundred years of that amalgamation, but there are many who are still clamouring for our division. They still think that the only way forward in Nigeria, following the many challenges that we have, is to split and go our different ways.

Before I come back to that issue, let me remind the proponents of the break up that countries like Brazil, China and even the United States are multi-racial countries and two out of the mentioned countries have more people to deal with than the nation. China deals with over a billion people and it does not have the problems we are putting before us.

Now back to the amalgamation that was done a hundred years ago. How come the Yoruba man still does not tolerate the Igbo man? What is the issue that the Hausa man has with the Yoruba man? Those of us who are even from the other tribes see all those from the Northern part as Hausa but the Fulani guy does not want to be seen that way. I also met a couple of guys from Jos who would say, ‘never call me Hausa. Never!’ You will come down to the South West and the people from Ondo or Ekiti will tell you that they never want to have anything to do with the Ijebu man.

If not for the fact that my in-laws are Christians and they believe that when you become a Christian you are a changed man, they would not have allowed me to marry my wife. They told me clearly that they don’t allow people from their end to marry Ijebu people. When you also go to the South, all those we see as the Igbo people will tell you they are not Igbo.

Much more than corruption is ripping us apart, the tribal war we are engaged in is destroying the nation building process. In this time and age, the Yoruba man is still killing the Hausa man and the Hausa man in Kano or Sokoto still sees the Igbo community as strangers and first point of call when there are people to be killed.

Even for those who are not killing, most of our conversations, actions and affiliations are drawn along religious lines. The Yoruba man starts a business and only wants to employ Yoruba speaking people. The Igbo man starts a business and only wants Igbo speakers in his business. I was in the north for a year and I saw how you just cannot fit into the work environment if you do not speak Hausa.

The religious organisations are also hit by the tribal divisions. I see that where a Yoruba pastor heads a congregation, you are most likely going to find the entire hall filled with Yoruba speaking people and it’s the same for the other major tribes in Nigeria. There are only a few people, church leaders and organisations, especially as trainings came in, whose congregations have transcended tribes.

Four years ago when I announced my readiness to date and marry someone, I was immediately told not to marry an Igbo girl before I could even mention the name of the person.

Let us note that we got independence as an amalgamated nation and not as tribe. We may not like the kind of independence that we got but if we are going to move forward as a nation, we will have to fix the tribal issues that we are creating for ourselves.

We can go about shouting that corruption is our biggest problem in Nigeria. I only agree to the point that corruption is destroying the economy. That is why we are rich as a nation but the people cannot feel the wealth but even when we fix corruption, our problems will not be over. The inner hatred we nurse towards one another is bigger than the corruption we jointly agree upon, or any other problem, as the national problem.

Moving on into this new century, I want to use this opportunity to enjoin all young people who are Nigerians to come and let us build a nation rather than building tribes. Let’s put the national interest in front of us and put tribal sentiments behind us. I think this is the first and one of the most important steps towards rebuilding or restructuring this nation.