Nicole the Fertile Chick: The Aftermath of Miscarriage 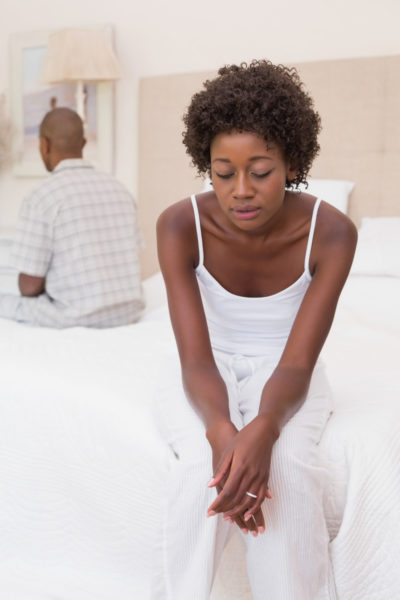 Ever since I started this column, I have received so many requests to write about miscarriage. But my answer has always been the same… I didn’t feel I could emotionally connect with a subject I had never experienced myself. I was able to convince even myself that this was why I was avoiding the topic. But that answer was far from the truth. I have shied away from writing about it because of how raw the emotions are. You see, even though I haven’t had what is medically classified a miscarriage, my failed IVF cycle definitely felt like one.

I didn’t embark on that journey as educated about the process as I should have been. I began that cycle thinking pregnancy was guaranteed. When my embryos were transferred, in my mind, I was already pregnant. I had already calculated my due date (July 2011), and had started fantasizing about my triplets, all of whom I had already named. I had even verbally commissioned my friend, who was preparing for her vacation, to buy me some maternity outfits. But then like a bad dream, it all came crashing down. I wasn’t pregnant, as I had thought. I still struggle with the right words to describe how I felt in the weeks…and even months…that followed. Hollow, broken, shell-shocked, devastated, desperate. I cried till there was nothing left. The ache in my heart was so overpowering, it actually started feeling like a physical pain. It was my waking and sleeping thought…the “loss” of my dear triplets.

A few years later, I would walk down that road again. Some years prior, I had formed a strong friendship with a colleague of mine. We were an unlikely pair, as she was several steps lower in the hierarchy, even though we were the same age. Apart from the fact that she had a beautiful heart and was hysterically funny, we had infertility in common, and so became very close friends. She had even been married for longer than I had. Unfortunately, she and her husband were constrained by finances, and could not pursue as many options as possible. They one IVF cycle they were able to save for, failed. Eventually, she and her husband relocated to America, thanks to his siblings who had filed for them. She was so excited to be leaving, and looked forward to finally getting free medical care. I didn’t have the heart to tell her that it wasn’t quite that way in the U.S. Well, she got there, and found out for herself.
After 4 years of working and toiling, they were finally able to save for an IVF cycle…and it worked! I was over the moon when she told me, and even more so when she told me they were having twins! After 10 years of marriage, they had finally gotten their miracle! She sent me frequent pictures of her growing bump, asked me a lot of pregnancy and twin-related questions, and we just praised God together for this double blessing. But then one day, her BBM profile picture was a black box…the typical social media symbol for mourning.
As I sent her a desperate message, inquiring if she was alright, my heart was already racing in a desperate panic. “They are gone” was the reply I got. I fell into my chair in a crumpled heap, and couldn’t even manage a response. I just sat there, holding my phone and weeping. It took me almost a full hour to compose myself to call her. She didn’t answer my call, and sent me a message that she’d rather chat via BBM.

Chatting, she told me how her water had broken, at 19 weeks, and how there was nothing they could do to save them…her two boys. When she told me her husband was already making arrangements for their funeral, I knew it was time to get off the phone, as I was seconds away from another tearful episode. I felt broken for her, I felt robbed for her, I felt cheated for her, I felt angry for her! I questioned God…why? Why allow her to finally get this thing she had been praying so long for, and then snatch it away? If I had felt as broken as I had when I had lost my 2 week old embryos, how would she possibly feel loosing babies she had bonded with for almost 5 months? After a few weeks, she was able to start responding to her messages, and managed to joke how “Next time, na after I born una go hear oh!”. I laughed along with her, but deep inside, I realized that selfishly I wanted it that way too. I didn’t want to have to go through this trauma again.

There are so many other similar cases that I know of…and I realize the feeling of devastation is as deep and desolate in all these cases…from the woman who lost her baby at 6 weeks, to the woman forced to endure labour for 3 days, to remove a still-born 33 week old baby. What do you say to each of them, and to the women in between? That “it’s normal”? That “it happens to almost all women”? That “it will be okay”? Whilst these are all very true, at that point in time, I have found that the last things these women want to hear are platitudes. Imagine a bowl of water, which suddenly develops a hole. Telling the owner of the bowl that it happens to almost all bowls, won’t stop the water from gushing out. If you really want to help the owner, you try to plug the hole first…and then you can talk about the other bowls. As basic as this analogy might be, it captures how most of the women I know have gone through this, have felt. In those first few weeks, all she wants to do is mourn what she has lost. And you have to let her. I know it is very difficult, for husbands especially, but this is truly a case of the stronger party having enough strength to support them both. “Nicole, all she does is cry! From morning to night, all she does is cry!” was a complaint I got from an aggrieved husband. My response to him was he just had to let her. He could comfort and console her, but he just couldn’t try to rush this grieving process. In her own time, she would come around…and she did, eventually.

I have been repeatedly asked how long the pain will last…and if it will ever go away. My response is always the same…it varies from person to person. I know someone who, after a few rough days, washed her face one morning and was ready to take on the world…and started trying again, right away. And I know another woman whom it took over a year after her miscarriage, to return to see her Ob/Gyn. There’s no textbook timing, no set rule. And it can’t be forced either. A friend of mine was quickly pumped and prodded out of her grief by her very religious sisters, who convinced her that she was upsetting God by wallowing in her grief. I was surprised to see her acting overly chipper, bubbly and enthusiastic, just about a week after her miscarriage. She was all gong ho about trying again, and I was impressed that she had been able to overcome her grief in such a short period. But unfortunately, it was the story of a house built on sand, quickly washed away by the rain. When the following cycle failed to result in a pregnancy, she completely broke down, and started reliving the pain of her miscarriage all over again, the pain she had been forced to box away prematurely, without being able to come to terms with it, and find closure with it in her own time.

That is truly the only way to be able to move forward…to find closure. Once you are able to reach a place of acceptance, of trust, and indeed closure, you can honestly tell yourself it is time to move on. This is when you will truly be ready and happy to hear that it is normal…it does happen to other women…and it will be okay.
Baby dust to all!