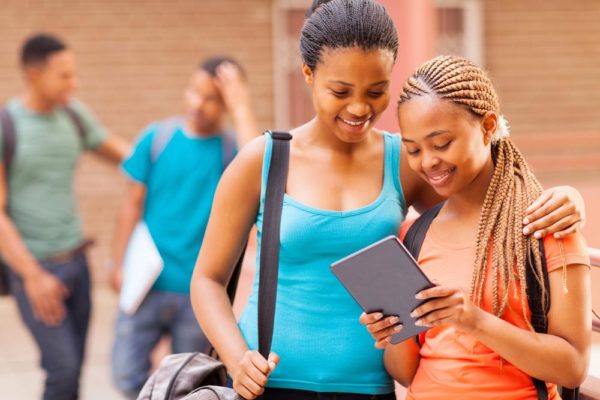 Handle it Like a Pro
Like Bey! Beyoncé is a celebrity who knows the up and down sides of her star-lit world. She understands that she can be hailed “hosanna” one day and “crucify him” the next; so whether it’s a pregnancy rumour or a split scare, you never see ‘yonce react in the media. She’ll post an innocent picture of her flat belly or a casual picture of a romantic getaway to frighten the lie back into the shadows. So don’t join the drama or get riled up and add to the heat – make sure the people you are trying to prove a point to, are really worth it before working up a sweat.

Let Others fight For You
Fight behind the scenes and let it be someone else that said something in your defence or against your attacker – not you. Most of the time, your attacker is so emotional in their ranting and insulting that others can see there is more to the comment than meets the eye. You just seat down and enjoy the show and let others fight for you.

See if There is Anything to Learn From the Criticism
Sometimes the person attacking you might have a point they are trying to make but are lacking in the interpersonal and relational skills to make it. See if there is any feedback you can glean from it, and discard the rude approach or insults.

Don’t Fuel the Fire
Most of the time the general public is not really aware of whatever the story is about; and in responding fire for fire you draw their attention to the story revealing even more information than what was originally out there.

I see people respond on TV or top magazines to accusations made on one small blog or through the grapevine and shake my head in amazement as the subject takes the bait and helps their critic or attacker spread the venom about them to more people on a platform the critic would never have gotten access to. Why share your spot light with the enemy? Retain your right to keep your affairs private and refocus the spotlight on your achievements instead.

Address The Facts Only. Ignore the Vitriol
Example: X is a stupid whore and husband snatcher.

Response: X is a married woman whose husband was previously unmarried.

If you must respond, address the facts only but side step the landmines of provocation. A tantrum thrower wants nothing more than for you to give them a reason that justifies their bad behaviour. They are always waiting for you to get caught in the mud fight and sling some shots back at them so they can feel justified to hurl more dirt at you.

They are probably better at mudslinging and tantrum throwing than you, the worst mistake you can make is to stoop down to their level and get into their comfort zone. Instead be like America and don’t negotiate or engage with terrorists.

See It For What It Is
Don’t let the poison sink in. More than half the time it is not about you, but about them.

Delete. Ignore
Know what to ignore. Not everything deserves your attention.

Keep Records Where Necessary for Future Reference
Keep print screens, correspondences, recordings – especially if they are threats or you suspect criminal intent. You might need to file a case in the future and you will need evidence to prove it.

Don’t Play Their Games
Don’t enter their mind games and play by their rules. Most stalkers and trolls construct an image of who they think they are dealing with; that person is not you. This image fits their fantasy idea of the relationship they have conjured up with you in their heads. So reaffirm that you are not that fantasy image by not playing along in the roles they have defined for you in their obsessions.

Set & Communicate Your Boundaries
Let people know what sort of comments or behaviours are accepted on your platform and be ready to take action that reinforces your boundaries.

Take Action
Delete comments, block trolls, unfriend, uninvite, unfollow or take down accounts. Or engage, seek the person out and find out what you have done to deserve their hatred, you might learn something.

Ultimately there is a devil- that’s your real enemy. Don’t waste fuel fighting the people letting him use them. Sometimes when the heat is unwarranted and unfair get on your knees and address things from the source.

Don’t forget to breathe! This too shall pass!

Toby Nwazor: 6 Ways You Can Still Attain Your 2015 Goals