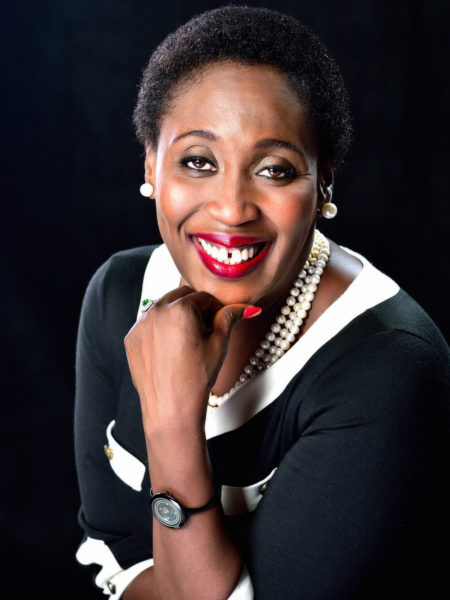 I watched my 8 year old daughter’s tears as they trickled down her face. I felt the pain deep in my heart as she said in between sobs “I don’t know why she doesn’t like me, Mummy? She is always picking on me and when I am passing I can hear her talking and laughing with her friends about my belly button.”
She is one of the greatest miracles of my life and here she was heartbroken. I couldn’t imagine anyone not being enchanted by her magical voice and smile, that sparkle in her wide and inquisitive eyes. Her gentleness was always so soothing.

After 16 years of being a mother to just boys in a home bubbling with testosterone, my daughter was such a welcome delight. All the ‘belly button’ in question ever evoked in me was the desire to tickle it each time I saw it. That evening, I knew I was treading on very sensitive ground as I tried to explain to her that she shouldn’t really care whether the girls in her school liked her or not. She answered me in a perplexed tone “But I like them and I want to be their friend.” I struggled to explain to her that it was impossible for everyone to like her. I tried to convince her that she already had all the love she needed. I reminded her of how much every significant person in her life cared about her – I, her daddy, her big brothers, her grandparents and her numerous aunties.

Her face began to light up as we both recalled her adventures with her BFF. At this point she corrected me. She said “She is my frienster (friend/ sister)” I muttered a silent prayer hoping that this ‘Aha’ moment would never leave her- this epiphany. This moment that she recognized that she had all the love she needed; this moment she realized that every one couldn’t like her no matter how hard she tried; this moment she recognized that she was still an adorable child despite those other girls’ opinion.

It was with much care that I tried to instruct my daughter. I knew she needed to maintain equilibrium in her relationship with people. While teaching her about not playing to the gallery and not needing people’s applause, she also needed to be sensitive to the way other people felt. She needed to cultivate kindness. I didn’t want her to tip on either side.
I wished someone had explained this to me many years ago. I might not have carried the scars I have lived with for so long.

At the threshold of becoming a teenager, I stepped into the bogus shoes of big sister and mum. I needed to leave my familiar school environment and move closer home to commence my duty. I assumed it was going to be easy. My graceful social skills were an innate gift – I genuinely liked people. I took it for granted that I would be accepted, that I would acclimatize and that I would settle down to my life.

I still cannot remember what I did wrong, but most of the people in my new school just did not take to me. They called me names especially because of my very dark skin complexion. Walking past the male dormitory was a nightmare because I could hear them giggling and taunting me. They even went as far as making caricatures of me on the school press board. I was depicted as a vampire! Living felt like hell… I struggled not to care but cope.

I graduated with good grades, a tough skin, cynicism and passive- aggression. I mastered cocooning my heart; I perfected my ‘fight and flight’ skills. And yet at this same time, I developed awesome relationships with people who stood with me through those rough times and are still actively in my life. All this was over 35 years ago. I was so sure I had out- grown my hurt… until I saw my daughter’s tears that day. I realised that the memories were still there, they had healed but the scabs had not fallen off.

This article is still part of my closure process – over 35 years later. The numbness in my heart has eased. I still love people and my life is now poured out to children and young adults- including the bullies.

But until I identified my hurt, I was unable to confront or conquer it; now I know its source and its trigger. Openness and self-talk has helped me immensely and I am fully persuaded that once you can say it, you can SLAY it!

Must Read! Chude Jideonwo’s Speech at the The Future Awards Africa 2015