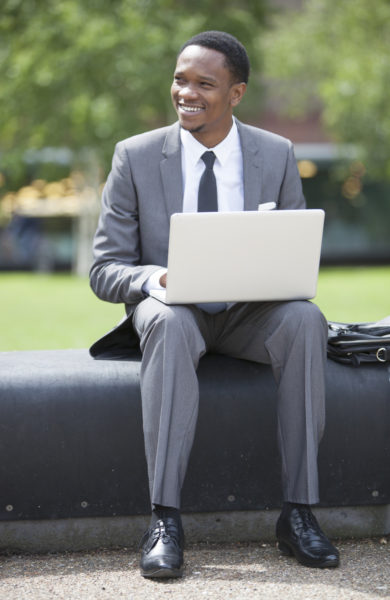 In a remote village in India, a farmer checks the price of rice in Chicago, U.S.A., to determine the best time to sell his crop. At the same moment, a pensioner smiles as she reads an E-mail from her grandson who is thousands of miles away. A teenager lies in his room, smiling to his iPhone as he chats with his new online friend. A mum returns from her pre-natal scan with the picture of her unborn child, she immediately creates a profile for the baby and uploads the scan. It is the first of many photos of the baby that will go online- an online presence for her baby! How wonderful! All thanks to the Internet.

An estimated 600 million people use the Internet worldwide; the Internet revolution has transformed the way the world communicates and does business.

Most of us have embraced, with open arms, this feature called the internet. In fact, you are reading this post using the Internet. The internet has evolved to cover various aspects and one remarkable aspect that the Internet covers is social networking – a dedicated website or other application that allows users to communicate with each other by creating, sharing or exchanging information, career, interests, ideas pictures/videos, in virtual communities and networks.

Persons of all ages make use of Social Networks, but research has shown that a higher percentage of teenagers make use of it. Although the Internet has proved so useful since its invention, it also has its dangers. In the wake of this, the EU recently amended its data protection rules to raise the ‘age of digital consent’ of Social Network users who are teenagers from 13 to 16. Any child below 16 who wishes to use social networks would need the express permission of his/her parents. I think it is a good rule and Nigerians should borrow a leaf from this and push for this bill.

Should teenagers be left to use Social Network unsupervised? One of the benefits of social network especially to kids is that it helps people stay in touch with friends and family and meet and interact with like-minded people. How then are social networks dangerous?

Children do not understand the need for privacy, neither do some adults. When one creates a social network account he puts up personal details which is accessible to all. Social network platforms have chat rooms where kids can meet and interact with other people who they think are their age mates. In reality, if you could increase your age to sign up for a social network platform or enter a chat room, how are you sure that there are no adults in such rooms who reduced their age to pose as teenagers?

The fact remains that an online friend who you do not know personally in real life is a stranger. Kids do not possess the perceptive powers to distinguish who is really trying to be just friendly and who has an ulterior motive. Even an adult can be deceived.

In 2012, a young lady named Cynthia was killed in Lagos by friends who she met online. She was 24 years old, way past her teen years. Also, another Facebook post that went viral showed the need to be careful of our online friends:
“A guy sends you a friend request, you don’t know him, but he’s got a cute profile pic, so you accept. It’s baby girl’s first day of school, she looks so sweet in her new outfit you just have to take a picture and put it on Facebook so all your friends and family can see. You’re so excited dropping her off that you check into her school on Facebook saying, I can’t believe how big she’s gotten, time sure flies. One proud mum/dad right here.
“Meanwhile, the mystery guy whose friend request you hurriedly accepted this morning is saving that picture you posted of your daughter in her cute new outfit to his phone and texting it to 60 other grown men across the world with the caption “Caucasian female, age 5, brown hair, green eyes $2,500”. Not only did you provide a picture of your little girl to a child trafficker, but you also handed him the name and exact location of her school on a silver cyber platter.

You go to pick her up at three this afternoon, but she is nowhere to be found, little do you know that your precious baby girl was sold to a 43-year-old paedophile before you even stepped out of her school this morning and now she is on her way to a strange country with a bag over her head, confused, terrified and crying, because a man she has never seen before picked her up from school and now she doesn’t know where her parents are, where she’s going or what is going to happen to her.”

In the light of this, it is necessary for parents to monitor their kids’ use of social network. How can they achieve this? A father in Kentucky, Kevin Jones forced his daughter to wear a shirt that read “I am 10 years old” boldly written in front and “5th Grader” behind, because she lied about her age, created a social network account and started dating.

Well, what works for this family might not necessarily work for another family. Seizing your kids devices or not buying them one at all would not stop them from creating accounts. Making up stories to scare them away from using social media is also not a good idea. Kids are more internet savvy than most parents, so they could quickly find out the credibility of your story, thus making it difficult for them to believe anything you say in the future. It is best to alert them to the dangers of social networks, periodically monitor their use of social network, and trust that they’ll take your advice having played your role as a parent.

As we enjoy the internet and all of its beautiful and exciting facets, let us be wary of the inherent danger especially to our kids. We should be social network smart!

Yetunde Olasiyan: When Should You Give Your Partner a Second Chance?