Catching up with some of the funniest most talented Nigerians on Instagram is not easy.

With a combined followership of over to 800,000 followers (more than half the population of Abuja) and videos shared by celebrities across the world, its easy to see why. Meet some of Nigeria’s funniest Instagram comedians as they share their Fun Secrets for Success!

#1 Dami Olatunde “Never Do It For The Fame”

Armed with a 2 masters degrees, and the viral catch phrase “everlasting bastard” Damilola Olatunde or AphricanApe, as he is known on the internet has fast taken over Instagram with his hilarious sketches.

With a bachelor’s degree in Accounting and a Masters in Business administration, one would think that Dami’s success tip would have something to do with money. But it turned out to be the opposite.

“Never do it for the fame or money. Do it because you love it, because it’s your passion. Doing it for fame is why a lot of people don’t succeed, because they give up after a short time of trying and not becoming famous.“

Surprisingly unlike the conservative degree-addicted African parents he plays in his skits, his parents on the other hand have been greatly supportive.

#2 Chika Momah “You Have To Persevere” 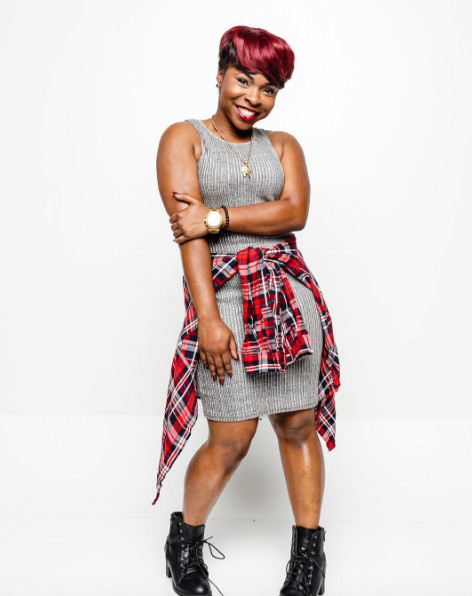 DJ skitzo – the one-woman wonder. Director, producer, DJ, actress, and even supporting actor. Like Dami she is armed with an MBA (Masters in Business) degree, and she is not afraid to use it.

“The one thing I have learned is to view things as a business. A business that is always growing and changing, and one must keep up with your audience and their needs.”

And grow is what she did, accumulating over 200,000 followers in the space of one year, with well crafted, well edited and hilarious ‘Eddie Murphy- like’ videos, where she plays multiple characters at once.

With Chika, one thing that jumps at you is the quality of her video and the time she spends editing it. She is easily one of the hardest working Instagrammers out there. Her parting message for upcoming comedians is simply to stay grounded and avoid the fluff; but more importantly, she urges them to keep pushing.

“If this is something you truly want to do, there will be roadblocks along the way. You have to persevere.”

With an MBA degree, comedic genius and hustle, DJ Skitzo is not only persevering … she is excelling!

Hold on which I adjust my thought .. What I meant to say ? #SkitzoTV ft. @ecovangel @khirykjlee

“Akanm D Boy! You have joined gang!” is the crazy phrase you will inevitably stumble upon when you visit @iamKanmi’s Instagram page.

Currently pursuing a Bachelor’s Degree in political science, and combined with his comedic career, things have not always been easy. From dealing with aggressive critics to Internet trolls whose sole goal is to bring you down, Kanmi’s success secret is to use consistency to overcome the critics. As he puts it:

“You can’t be bothered about what anyone thinks, people will say you are not even funny … but don’t let that bother you. Just be consistent.”

From Kanmi, it is clear that consistency pays.  Looking forward to an even bigger 2016 from him … hopefully he makes enough so he does not need to steal bread anymore.

The EazyE and P-diddy of African Comedy “Foxy-P” is largely the brains and financier behind the very successful African Princes of Comedy production.

But unlike the two aforementioned rappers, Foxy-P does not need anyone to write his jokes. As this talented individual spews originality evolving from hosting his own “African Today Show” – where he is known as the Gidigbo Champion to creating “Tout Kitchen” – where the food can only be described as gangster. He now hosts the sold out ‘African Princes of Comedy‘ show.

For Foxy-P not to be confused with Foxy Brown, his tip for success was quite a mouthful.

“Read a lot of news, be on top of current affairs, spend time on social media to see what people are caring about, be original – do not use anyone’s material, tell your own story, find your own niche, believe in yourself and practice practice practice”

Practice, practice and be original! It is clear Foxy-P is not just dropping advice, but following his advice.

Whether he is playing the creepy “fast Finger Chuks” or the sensational “Sister Philo”, Foxy-P’s originality and creativity shines through. Originality that has seen him go from youTube to Cable Television where his skits have been featured severally on Channel O.

??? girls will always give their friends advice that they themselves don’t follow ???. Tag 3 friends to laugh and click #PhiloBaby to watch more hilarious philo videos #MkpuruAmu #TagAFriendToLaugh #ShareLaughter #foxyp #Harlotttt

#5 Chukwunonso Ofili and Andrew Ogale “Just Do Am” 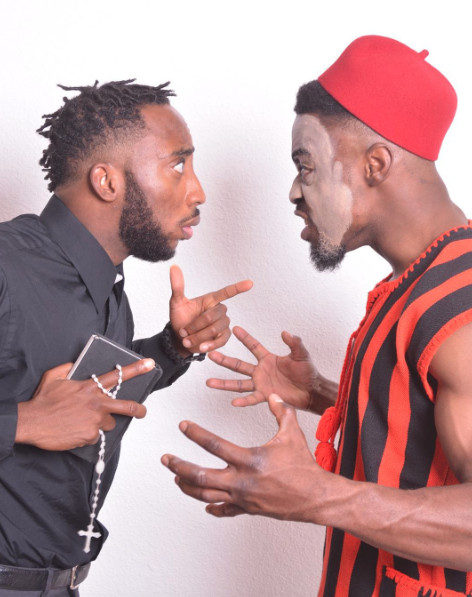 Don’t be deceived by the title, “wowoboyz.”

The comedic duo of Chukwunonso and Andrew are anything but “wowo.” Both of them have bachelors degrees and have been able to amass a following with hilarious skits with characters such as “Pastor Feel It” and “Officer Cavi”

The wowoboyz was birthed from a chance meeting at an African Students Association event at the University of Houston.  But the trigger point for their career was when they noticed that the African story was not being told on-campus. And they decided to start doing some video sketches about life in Nigeria.

“We saw and observed that not many people were telling the stories about the struggle of Africans in the diaspora and educating the Americans and westerners about who we really are.“

For the wowoboyz, their universal tip for success is simply “JUST DO AM” after-all …

And acting is what they have been doing; working with heavy weights such as Basketmouth, John Dumelo and discovering new talents along the way. Comedic success that shows what you can achieve when you “Just Do Am”

#6 Henry Obiefule “Not Completing Your Education Is Considered Taboo”

Chief Obi is technically not a Chief yet … but is easily one of the most recognizable names in the Instagram comedy game. It will be a surprise to many that he still juggles school work with comedy, as he works to complete his Bachelors degree in Business Administration.

Most of his weekends are spent flying out to MC weddings, events and shooting hilarious skits.  But what you will not see in those skits and pictures is the image of Chief Obi completing school assignments on the plane as he goes from event to event.

Even though his parents have been adamant about his education, they have also been equally supportive about his comedy career – but for an interesting reason:

“My parents have been supportive only because I remained in school and still brought back good grades. Also, my father has always wanted to be an entertainer but his Dad did not let him become one. And he still regrets it till today. And that’s why he has my back!”

Good grades, a supportive Dad, and head the size of ……. Chief Obi is definitely headed for big things! His words of advice for comedic freshmen still wandering around the Instagram campus of comedy is to “diversify your knowledge of culture to add depth to your works” and he demonstrates:

All in all these new breed of comedians are redefining comedy as we know it. They are consistently showing that you can be educated and funny at the same time, while simultaneously getting paid. But of all the jokes they have shared, the one unifying message they send is that education is not to be joked with.