Quincy Iwediokpulu: When Your Partner is From a Dysfunctional Home 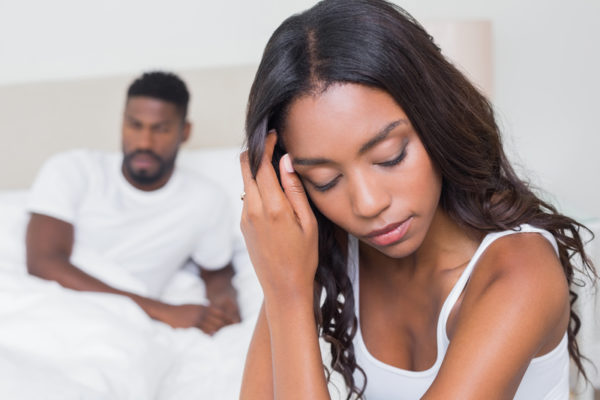 So I’ve seen where several love birds try to wiggle themselves out of major love battles by insisting that their marriages or relationships is about them alone and never about their families.

And in my church mind, I’ll just be whistling and passing and be like: nọrọkwa na, you go soon jam motor!

Because for everybody already married, I’m sure you would all agree with me that, that theory is very flawed. Marriage isn’t just the fusion of two people but the fusion of both their families as well, and the sooner we singles accept that, the sooner we would be able to accept a lot of issues that come along the way.

These days there are cases where relationships and marriages break up due to the fact that at some point, one or both  partners discovered something weird and unsettling about the other partner’s family; like traditions, culture, circumstances or situations.

For example, a partner found out that despite how religious his or her partner is, the mother-in-law is into juju or that, there is a member of the family who doesn’t seem to behave normally( SEE When There’s a Mentally Ill Spouse) or there is the fact that back in the day, the ancestors of the family used to worship a certain god()

Whatever the case, the other partner didn’t think he or she could handle it and got scared that such a discovery might transcend into their lives together; might be a generational something and so, he/she ran for the hills.

In their defense, they may not have been told because, who wants to tell their partner that their great grand father used to be a butcher (sacrifices virgins for a god) or comes from a line of Babalawos/native doctors. Who wants to tell their partner that madness runs in their family? Of course no one would want to do that. It’s very natural for us to always want to put our best foot forward and try as best as we can to forget such situations after all, they may not have been our doing. Or Is there anyone that have chosen the family he or she was born into?

Biko, if you did, let us know o…so that we would queue up at God’s tabernacle and be like, “Bros why like this nau?” I am sure some people would not hesitate to sign up for Dangote’s family or President Buhari’s lineage. hehehehe….

As long as we believe it is all in the past, not our doing,  the other person doesn’t need to know.

So we smile at him or her, giggle, blush, wink, tell only the good stuffs and leave the rest to Jehovah. After all, old things have passed away. We are now new creatures. We forget that in as much as these information don’t matter anymore, they actually do explain how we are….

I can see some people already looking at me with bad eye. Wooh chere biko… Hold your vaginas and testicles and all those your kpokus instruments first , let me explain.

Being born again doesn’t erode memories (oh I wish it does sometimes). It doesn’t change the past or situations. It certainly doesn’t change your genotype or your surname. It doesn’t change your mother to Archbishop Margaret Benson Idahosa or any of the top female preachers you know. It certainly doesn’t change the fact that your grandfather still runs around trees or kisses the foreheads of doll-babies. In other words, being born again is more of a personal and spiritual thing than physical. However, as time progresses, it begins to affect your mind and perception about life, which in turn begins to transcend into your physical activities and relationships with others.

Hehehe…I don dey sound like preacher abi?.  But then, you get my point, shey?

So for someone who comes from an abusive family, being born again doesn’t erode the memories. It doesn’t make one un-see the fact that their parents fought constantly or that their father turned their mother into a punching bag. Even though in this case, they have absolutely nothing to do with the actions of their parents or relatives, it still affects how they view life and relationships. And this is where the Holy Spirit comes in. Even though He doesn’t make the person un-see any of it, He gives he or she the strength to forgive the abuser and proffer the power to not continue in that circle of abuse.

For someone whose parents believe in the other extremes of life, when times gets difficult and he or she hasn’t been in a constant relationship with God, it is easy and usually very tempting to fall back into such extremes and ideologies.

So in summary, it takes a constant fellowship with God, whether from a dysfunctional home or not to really move pass all that.

But anyway,  there are some people that are solidly against giving such information especially when they are still in a dating/relationship phase. They insist that it is better to let the other person know when they are already in the fore-walls of marriage, because then they will be sure the other person wouldn’t leave, after all it isn’t their past (their choices-So they cannot be responsible for the actions of their ancestors or families).

Do you think this is right and advisable?

If you meet someone new, would you want them to give you all those weird information? Would it be a turn-off for you?

If you come from such family background, would you wait till you were married to reveal all of these or would you tell your partner while still dating?

Finally, if such information was withheld from you till you were married, would you be okay with it or would you run?

Looking forward to reading your thoughts.

Redefining PR with Chude Jideonwo: The Trouble With RealityTV Show Kind of PR