Akanna Okeke: 3 Super Powers You Can Have Right Now 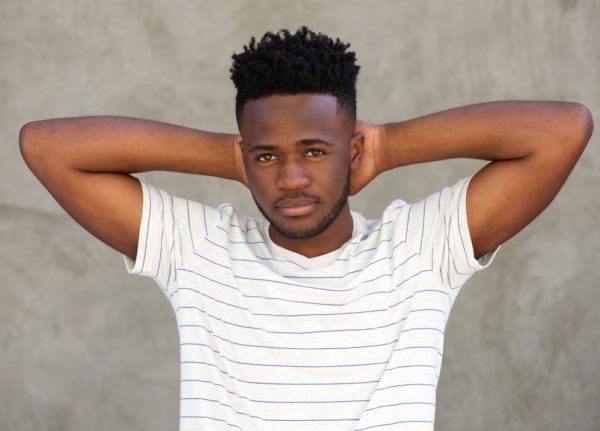 The ability to do what nobody else is able to do has always been an alluring, but somewhat latent desire of us humans.  This is why Super Hero movies thrive at the Box Office.  I remember how people thronged the cinemas to see Avengers.  I went on one of those evenings and could only get a seat on the floor, right in front of the huge screen. I had to keep my head raised in an uncomfortable posture for the entire movie, and occasionally listen to my movie date gush about Thor’s eyes and muscles. Talk about adding insult to injury!

But have you ever wondered why a whole lot of people go crazy over such movies?  I think it’s because, deep down inside of us, we have a great desire to be special, powerful and to stand out from the crowd.  As kids, our friends would often ask us “If you could have any one super power, which would you choose?”  My answer (which I never voiced out) was to have the ability to get inside of people and know how they thought generally, and what they thought of me, specifically. And also the ability to control their decision-making. A very dangerous child I was, I know.

We knew we couldn’t have any of those powers, but we just played along –for the fun of it.  But what if we could truly stand out from the crowd? What if we had the ability to do what nobody else could do?  That would be awesome, right?  Well, here’s some good news for you.

As our society evolves into one that produces more and more of a spoiled, pampered and instantly gratified people, due to the advent of technological advancement and a willingness to subscribe to ideologies that sound fancy and new, but are not rooted in the timeless principles that rule the world; We can choose to stand out by simply doing not what others can’t do, but what others won’t do.

These are 3 qualities which you can decide to cultivate today, that will stand you out from the crowd of average –from the masses –and elevate you among the classes in our world today.  These are the 3 super powers you can have right now.

Solution-Seeking Ability
Many people give up too easily nowadays.  Society teaches us that if it’s not working out for you, then it’s not meant to be.  No need to look for solutions, just quit.  If you have a hitch in your marriage, then get divorced; if you’ve not made any sales in your business yet, then it’s time to quit and start another; it’s okay to be late to an appointment as long as you can blame it on traffic jam, instead of actually planning ahead, and leaving your home earlier.

More and more, we are embracing the lie that there is only one old way to do things –no options, no innovation.  “If there was, someone would have thought about it before we did”.  But this is a killer.  It allows us to be lazy thinkers and excuse makers.

A super hero in this regard is someone who is an excuse-eliminator; someone who says “if it’s to be, then it’s up to me!”  They find a way around every obstacle and never quit until they are sure that there truly isn’t a way out.  These are the people who stand out in our schools, workplaces, and society in general.  They are those who make things happen, while others live in reaction or response to their creative work.

Delayed Gratification Ability
We live in a world of fast food, fast(er) internet, fast cars and fast women.  Even the third world is catching up in this area, fast!  Because of this, everybody wants what they want now!  Patience is no longer a virtue.  In fact, the old saying “The patient dog gets the fattest bone” has been modified to include “…but the impatient dog eats all the meat”.

This has caused a serious problem where people live beyond their means.  We want to have the latest iPhone, the latest Blackberry, the latest car and the biggest houses.  And we want them now!  We have become a generation of spenders rather than investors.  A people of short-term thinking, consuming all we can now, without regard for tomorrow, just to be able to keep up with the Kardashians.

Whenever I tell people that I have been using the same laptop for 7 years, they almost want to sit me down and deliver a lecture on why it is necessary to upgrade and keep up with technology –this whole “keeping up” business again.  This is one of the reasons why a lot of businesses fail today. Rather than re-investing profit into the business, people would rather take those first profits and buy the latest G-Wagon, just to keep their neighbours informed that they have arrived and business is good.  Well, business can’t be ‘good’ for a very long time that way.

The super hero in this regard is someone who would deny themselves the pleasures of today, to gain the profits of tomorrow.  They are the givers rather than the takers, the savers and investors, rather than the spenders.  They are those who would be working on developing their talents today, while others laugh at them and ask them why they are wasting their time, because they know that those talents would become skills that set them apart tomorrow.

Follow-Through Ability
According to Statistic Brain, 42.4% of people never succeed on their resolutions each year.  This survey was carried out on Americans, but I’m pretty sure it is quite representative across-the-board.  Many people decide they’re going to do something and fail to do it.  Many people decide that they will quit doing something and only quit for one day or one week.  Why is that?

We live in a society that now glorifies how you feel over what is appropriate. “The heart wants what it wants” and so it is okay to have an extra-marital affair. “Man must wack” therefore it is okay to misappropriate public funds.

Whenever you get somewhere for the first time, say you’re a new employee in an organization or a new spouse in a marriage or a newly elected politician, people around you judge you based only on what you say.  But after about 6 months, they begin to judge you based on whether what you do is in alignment with what you say.  So you may talk a big game about what you intend to do at the beginning of your venture (or at the beginning of the year, for the new year resolution experts), but after 6 months, if you do not follow through on what you said you would do, you begin to wane in the eyes of the people involved, while those who follow through begin to look more and more like super heroes in the eyes of their beholders.

The ability to do what nobody else is able to do may be impossible, but it sure is very possible to do what most people aren’t willing to do today.  And these are almost the same things, as they both create a super star out of you –one deserving of promotions, leadership and a degree of control over the rest who won’t even try.

The more the world changes, the more we should find comfort in those things that never change, because those are the things that will set us apart from others, as they scramble for “the next shiny object”, which may feel good today, but will destroy them tomorrow.

Do you know of any other ‘super powers’ out there that we can have right now? Please share as I would love to learn from you too!