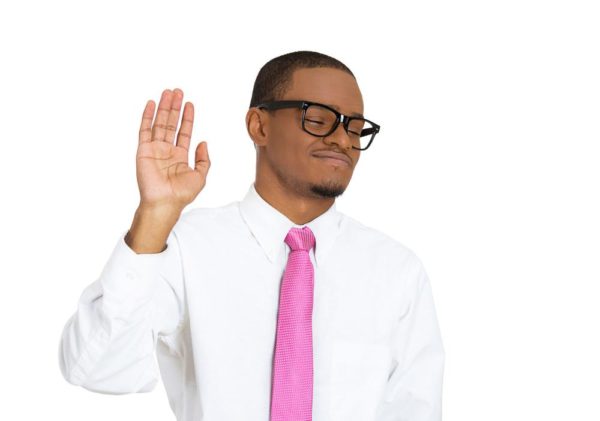 No matter how humble, quiet or chilled a Nigerian guy may seem, the calmness does not come to play when it concerns his ego. He is ready to disown his family, reject his one true bae and quit his job (even when it is his only source of income) to preserve and maintain his pride. His ego is his first and most essential asset, and as such, he never misses any opportunity to defend and boost it.

One of the ways they do this boost up is by bragging. Nigerian guys can brag for Africa. They want others to know how awesome or even infallible they are, so they seize every opportunity to share with those who are willing to listen the things they believe are their achievements or unique talents. Sometimes, they even exaggerate their situation or outrightly lying.

While some of these things they brag about are things actually worth bragging about, there are many that should not even be raised or talked about. Here are 7 unnecessary things Nigerian guys like to brag about

How Much Money They Have
You see them on Instagram, Twitter or Facebook sharing pictures of cash, usually dollars. Sometimes, the bundles are so numerous you wonder if the picture was photoshopped. They also post visuals of the designer items they own as well as the lavish lifestyle they are living. Some even go as far as writing songs about their riches: “30 billion for the account…” Sure it feels great to be rich and wealthy but is really necessary to let other people know how much money you have…that is if your claim is even true? Financial status is not really something to brag about because it should speak for itself and again, you don’t even want to give out more financial information than is necessary for this country because you don’t know who may hatch a rip-off scheme based on your proclamations.

How Much They Can Drink Or How High They Get
Alcohol tolerance or substance abuse (marijuana, cocaine, e.t.c) should not really be a topic for discussion let alone subject for bragging. It is highly doubtful that a man’s ability to hold his liquor or smoke the strongest weed would be criteria for any responsible and high paying job in Nigeria. There is also no way it endears him to the people with the right connect. However, for some reason, Nigerian guys love to brag about how much they can drink and how high the get when they smoke substances. They will drink themselves to stupor just so they can brag about it later and be a hero amongst their friends. So you are a seasoned drinker or heavy user. Why brag about the number of times you almost crashed your liver with such excitement?

Their Cassava Size And How Many Sexual Partners they’ve Had
Nigerian guys have no chill. Both those with large cassavas and those with small ones brag about their size. They even go as far as posting semi-nude pictures that show their dick print on social media. Even worse is the fact that they brag about the girls who have experienced the power of their D. They boast about the number of one-night stands they have had, or girls they had deceived and lure into bed – real or contrived. The idea is to look cool among their peers and appear more attractive to girls, who find such feats captivating.

How They Don’t Care What People Think Because They Can’t Be Bothered
A number of Nigerian guys strive to project themselves as confident and macho, and they do this is by making bold claims over how they are neither affected by people’s opinions and criticisms, nor need advice from peers. Unfortunately, by making all those boastful claims (considering all humans have emotions) they present themselves as weak and even irresponsible.

How Many Times They Have Been Approached By Gay Toasters
Believe it or not, Nigerian guys consider advances from gay guys flattering. Gone are the days where they express extreme homophobia. They brag about how many gay guys they have had to turn down, how many have slid into their DM or how they are being pestered continuously by guys who want love and sex from them. For some reason, they feel it means they are such hot cakes that even people of their own gender seek after them.

Their Low-Key Nature Or Ability Not To Brag
This really is the most absurd. Pseudo-humility. Nigerian guys like to brag about not bragging. Some people have dubbed this weird kind of bragging the “humblebrag”. They brag about how low-key they are, despite all they have achieved. They claim that they do not see any point in “louding” their possessions and wealth, when in reality are bragging about it by saying they don’t brag about it.

The Success Of Their Sports Team
Nigerian guys know how to take their support for their favorite sports team to the highest level. They are always enthusiastic about identifying with their football or basketball team. They refer to the team as “we” rather than “they” and they are ready to lose an eye, defending the manager of the team or a player. When their team wins, or a player on their team achieves a major feat, they brag about it as though they were directly affected by the achievement.
They even name their children after the team of members of the team so that they can proudly explain and brag about the reason their child bears the name.
In the same vein, when their team loses, they get depressed for days, even calling in sick. While it okay to be super excited about sports, is it really necessary to brag about a team of people who probably have no clue that you exist?

Do you know any other unnecessary thing Nigerian guys like to brag about?

Akanna Okeke: 3 Super Powers You Can Have Right Now