Nkem Ndem: The Dark Side Of Moving and Living Abroad 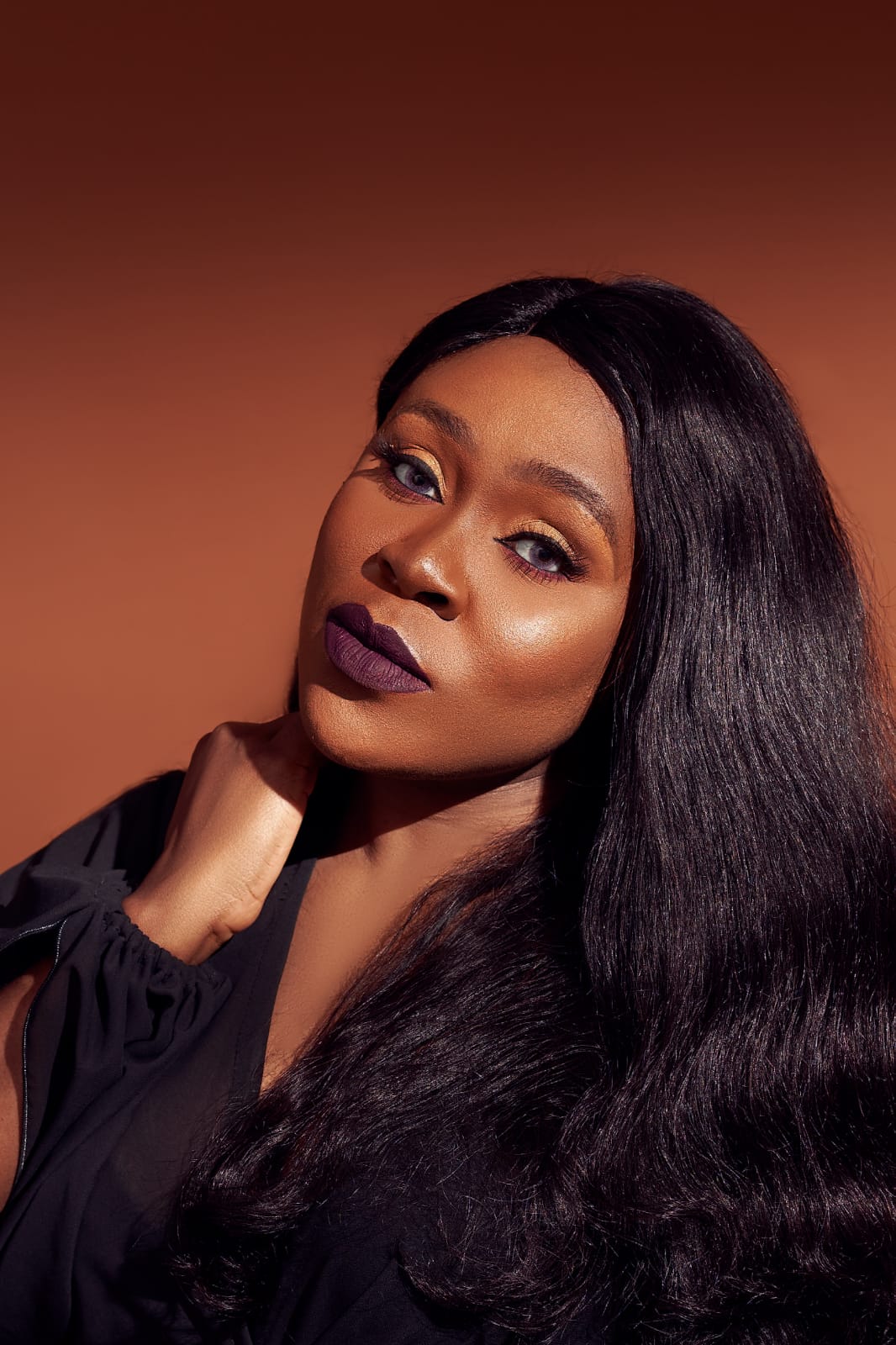 Many days have since passed, still, I can’t shake off the dreadful feeling that came with the early hours of October 20, 2020. I remember waking up and reaching for my phone, only to see messages from my friend’s wife telling me that the peaceful protesters at Lekki, Lagos, had been shot at by members of the Nigerian Army, leaving some protesters injured, and others murdered in cold blood. The protests, which had begun to demand an end to police brutality and harassment of citizens by the Special Anti-Robbery Squad (SARS), had escalated into the harrowing hashtag: #LekkiMassacre.

The thought of those innocent citizens lying there, helpless as a result of fighting for what was rightfully theirs, brought on a strong wave of anxiety – the kind that prickles your armpits, triggers nervous farts from your belly, and hits you with such nausea that you have to viciously grind your teeth to keep it from pouring out of you. There was also the recurring thought that it could easily have been me. I stay in Lekki Phase 1 whenever I am in Lagos, and I had friends who had been regularly going to the protests. It could have been me.

Seeing as it was about 8 AM for me in Japan, but midnight (the previous day) in Nigeria, I couldn’t reach anyone until much later in the day. The first person I called was my favourite sister, Promise. Then the rest of my family and close friends. Thankfully, they were safe. Speaking with one of my friends, however, a comment he made bugged me a lot. He said, “Ah! My dear, you are so lucky you are not in Nigeria. Living abroad is the dream, I can’t wait to leave this country so that I can be happy in life, I swear.”

I wanted to say, “My dear, not all that glitters is gold,” but I knew he would only see it as me being ungrateful. I mean, when you live and work abroad, you can’t complain to friends back home because, in their mind, you live the perfect life: beautiful weather, earning in dollars, 24 hours electric power supply, and good healthcare. How dare you complain?

Following the turn of events in Nigeria with the protests, some Nigerians on social media have also comically indicated their readiness to leave Nigeria for countries such as Canada, Australia, Italy (thanks to the Oloture movie), and even Ghana—anything to escape the rot that is the Nigerian system. To be fair, I get it. But then I have to say, “Look before you leap.”

The idea of living abroad is often glamourised by the media, and we sometimes picture a perfect life filled with exciting adventures, unstinting opportunities for financial or career growth, the wonder and excitement of a new culture, food, people, and language, and so on. But the truth is that living abroad is great until it isn’t. Over time, the excitement and awe start to wear off.  The food that was once exotic becomes ordinary and utterly tasteless; the pressures of work combined with the herculean task of finding new friends and building a social life start to weigh you down; the unending list of bills make you want to ask if ‘na only you waka come’; and the loneliness chokes you so badly that life doesn’t just become less exciting, it also gets overwhelming and unbearable.

No one really tells you that relocating to another country comes with its own set of difficulties and concerns that, if not fully dealt with, can slowly lead to serious mental health challenges. In the last 4 years, I have moved to and lived in 3 different countries, and I can tell you for sure that if someone had previously told me that I would ever get to the point of dealing with depression or any kind of mental health issue, I could have spat in such person’s face for even thinking it. I mean, I am the strongest person I have ever met – emotionally and mentally.

My decision to move, live, and work abroad was meant to be a solution to the massive burnout I suffered from working multiple jobs in Lagos and still earning what I considered a pittance. I was so relieved when we landed at Yangon airport, Myanmar, for my first overseas job that tears welled up in my eyes. Now that I think about it, I guess that sense of relief was the reason I remained oblivious to the symptoms of depression until it escalated to the point of triggering an anxiety disorder as well.

I recall that for about three months before the night I became fully aware of the situation, I hadn’t been sleeping well and was always exhausted. I had no energy, my patience level was significantly lower than usual, and I suffered a lack of appetite while also managing constipation that could not be abated by Tums. Then there were the episodes of shallow breathing (I even went to the hospital to have my lungs x-rayed). I was getting more emotionally fragile and highly unmotivated with everything. I lost interest in socializing and that slowly bred what I prefer to call an existential crisis. The crisis came with major intrusive thoughts that life was purposeless, hopeless, had no meaning and there was no rational reason to keep living. It was insane. The thoughts of death and dying were unending. As much as I knew I would never harm myself, I found myself starting to empathize with people who commit suicide. I thought, if they were ever mentally burdened the way that I was at the time, then maybe they were justified.

Of course, at the time, I wasn’t sure why all that was happening to me. I didn’t understand it so I could not talk to anyone about it. I think, to an extent, I was also ashamed of my thoughts. The most chilling part of it all was that I wasn’t myself for all that time and no one noticed. Not my family. Not my friends back home. No one. And yes, that’s another thing – when you move, your family and friends chat you up and FaceTime you like there’s no tomorrow for like the first one or two months, but as time goes, they kind of stop. Perhaps, the time difference doesn’t help.

The panic attack that shook me into awareness came that night out of the blues. No trigger. Nothing at all. I just remember that I woke up abruptly from sleep, my heart was beating ultra-fast, and a still small voice in my head said, “This is it, you are about to die now, say your last prayers.” It was the most intense panic attack I have ever experienced to date, and I would not wish it on anyone, not even my enemy. I wasn’t sure how I got to my neighbor’s apartment, but luckily she was awake. She was, of course, terrified as I knocked on her door in my underwear. She called the ambulance and they came, but before we got to the hospital, I was beginning to feel better.  The nurses did a full bodywork as well and said I was fine. Then, after a series of questioning by the doctor, I was prescribed some anxiety medication, and scheduled to see a resident psychiatrist.

I initially opposed the idea of seeing a psychiatrist, not because of any stigma, but because it would cost me $250 per session and it wouldn’t be covered by my health insurance. The schedule I was given was also a bit loaded. I eventually caved in and after a few sessions, she determined it was ‘expat depression.’ Further sessions and study of my symptoms also determined I had an additional anxiety disorder – all from starting life in a new country. Who would have thought this was a thing?

I opened up to a few friends earlier this year about my experience and how I dealt with it all, and I found that one who relocated to Canada and others who live and work in some other parts of the world also had similar experiences but never talked about it for fear of being tagged ‘weak.’

I think it is a shame that we do not talk enough about the depression that comes with moving abroad or just the mental health side of it. It is something people have been and will continue to deal with. No one is immune when it comes to stress and mental health issues. Being aware of it and knowing others who are going through it, or have gone through it, can be helpful.

My experience and those of my friends are probably unique to people who move abroad alone and for work purposes. Perhaps the experience may be different for people who move abroad to continue their education or people who move with their family. While I cannot speak for all situations, I have to say that if you are planning on relocating abroad for any reason at all, please manage your expectations. Do not imagine a chop life situation, expect it to be challenging. Research properly and ask people who moved to your intended location questions about coping with life and the standard of living there. Doing that will help you shape the right mindset. Next, ensure you prioritize self-care when you eventually move so that you are able to face the challenges that each day brings. Remember to sleep and exercise. Recognize depression if or when it sets in, and seek help at the earliest opportunity. You can keep up with friends and family at home as much as possible, but also try going out and making new friends locally. Finally, know that there is no shame in running home if you find that you can’t cope. Your happiness and sanity matters.

Money Matters With Nimi: Give Your Children the Gift of Financial Knowledge

SmartWork Inc: What Every Woman Needs to Know about Breast Cancer