BN Prose: Who's Got the Power by Nky Otike-Odibi 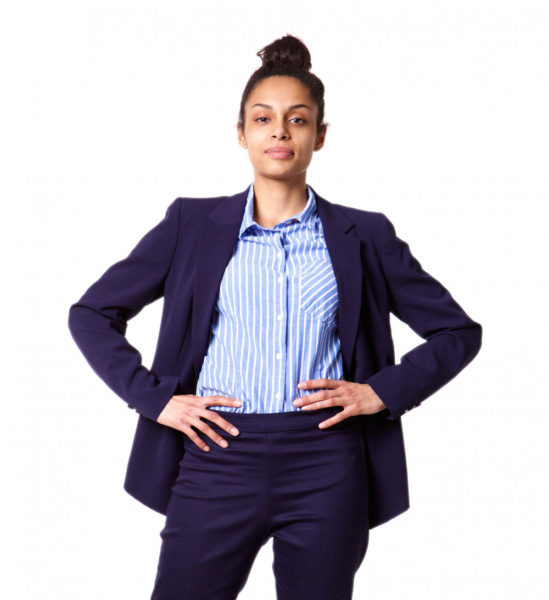 “I think I age two years every time I have to listen to a man belittle a woman’s intelligence just because she’s a woman. “ Dunni said as she removed her shoes and gingerly placed them by the side of the bed.

“What did the men of the world do to you today?” Ola sniggered. He had been married to her for ten years and he knew that there was nothing that riled her up more than the slight indication that she was being belittled merely because of her femininity. In the last few months however, the complaints had become more frequent as she had been paired with one Ekanem or the “misogynist from hell” as she called him when she was really mad.

“Nothing out of the ordinary to be honest” she said as she plopped herself onto the bed. “We were putting the finishing touches to the launch today and two hours to the beginning of the ceremony, the lady delivering the tables and chairs called to say her second truck had taken a wrong turn and was stuck in traffic. At this point, the first truck was already at the venue and had begun setting up. I had been running around trying to sort out the issue with the generators when the call came in. Obviously, I couldn’t handle both disasters myself so I called Ekanem and told him I would give him the truck driver’s number, so he could direct him to take one of the back roads so he could get to the venue as soon as humanly possible.

“He grumbled incoherently as usual and eventually took the number. By nothing short of a miracle, the generator was fixed and the A.Cs started to work again. I walked back to the front of the venue hoping to see the truck offloading or setting up but there was no truck. Called Ekanem’s phone; he didn’t answer. I eventually found him sitting by one of the A.Cs that I had just donated blood and sweat to fix. I asked about the truck driver and you wouldn’t believe what he told me.”
She stood up all of a sudden. This, Ola understood to mean that she had gotten to the climax of her narration. “Would you believe that this man said that he didn’t call the driver. That it was my mess so, since I was always shouting like the madam; he decided to let me fix it myself. This was just over an hour till the launch was scheduled to begin.”

“You’re joking! What did you tell him?” Ola asked, truly shocked by the nerve of Ekanem.
“At that point, I lost it. Five months of pent up anger came rushing out of outlets I wasn’t even aware existed. By the time I was done giving him a piece of mind, I knew I was due for confession. I made sure to tell him what a nuisance I thought he was and that the first thing I would do on Monday morning was to submit a query to the manager asking for him to be removed from any duties that would require him to relate with women as he was a misogynist only out for the company’s downfall.” She heaved a deep sigh as if to let out the bad energy that was Ekanem.
“ You look a lot happier just talking about it. Must have given you great joy to get it off your chest.” Ola said as he examined his wife.

“I can’t tell you how much. I feel a lot lighter. It doesn’t change the fact that I’m going to write that query though. After the encounter, some of the staff started to tell me stories of how various women in other departments had had issues with him because he was in a position to take orders from them. No other woman should have to deal with such a hateful, backwards person. I’m telling you if he doesn’t come on his hands and knees; I won’t rest until I ensure that his desire of working with only men is fulfilled. I’ve heard there are very few women in our Kebbi branch. That should be a nice fit.” She said decisively.
“Remind me never to cross you Mrs. Adewunmi.” Ola said as he held her by the waist and drew her closer.
“Yes, Mr. Adewunmi. Never cross me.” She said grinning.

***
“Any other business?” the Managing Director’s voice rang out during the Monday meeting. The senior staff were seated around the table. Dunni sat adjacent to Ekanem. She decided to make sure he knew she was going to make good on her threat. She raised her hand, high enough to get the MD’s attention.
“Ah Dunni! Yes!” He exclaimed, pointing at her “This woman and her team were responsible for the successful launch that happened over the weekend. Welldone to you, Dunni.” He smiled like a father who had received good news of his child in the diaspora.

“Was there something you wanted to say?” He asked, still smiling with pride.
“Yes sir, but we can discuss it after the meeting.” She said and took her seat. She noticed Ekanem looking in her direction. She looking him square in the eye and rearranged her books so a white envelope was clearly the first thing on top of the books and lightly banged it on the table for emphasis.
The meeting soon ended and Dunni made for her office to drop her books and check for a mail she had been expecting before heading to the MD’s office.
As soon as she got into her office, someone knocked on the door.
“Who is it? Come in.” The most humble version of Ekanem walked into the room and quickly shut the door as if to ensure no one saw him with his tail between his legs.
“Good morning Dunni” He said, his voice quivering.
“Aah Ekanem. Good morning. Did we have a meeting?” She asked, feigning ignorance.
“Ohh no. I just came to speak to you about a personal matter. May I- may I sit?” He asked gesturing to the seat across from her.
“When did you start asking? Whatever happened to grabbing the seat like you owned the place?”
“Ahh Dunni. No now. You see, I think we got off on the wrong foot. You see-“
She let out a loud laugh and clapped her hands in the way Nigerian women do.
“Got off on the wrong foot? That’s what people say about strangers they just met. Not colleagues who are on the same level but choose to act like jackasses on a daily basis. So no, I wouldn’t say we got off on the wrong foot. You showed me your true nature and I just got tired of dealing with it!”
“Ok, ok. Maybe I phrased it wrong but what I’m trying to say is I meant no harm-“
“Ekanem, what you should be saying is I’m sorry, but if you cannot say that and mean it then I would have to politely ask you to leave my office so I can go and do what needs to be done at the MD’s office.” She made a motion to stand. “Infact, he must be waiting for me.”

On hearing that, Ekanem fell to his knees. “ Please, Dunni, I’m begging you. I’m very sorry and I swear to God who made me I will never insult you again. Please, don’t report me. They will suspend me and I cannot afford that right now. I have three kids and my wife is pregnant. I can’t afford a suspension. I beg you. Dunni, Please.” At this point, he was tearing up and begging. Dunni had achieved what she set out to do, but she needed to ensure that he got the message.

“So you needed a threat to your livelihood to know to treat people well? Eh Ekanem? Let me tell you; women are people too. We don’t have any intentions of emasculating you when we rise through the ranks but if it bothers you so much, work harder so it doesn’t happen. However, let me give you some free advice. You have daughters, who may one day become career women. Pray long and hard that they don’t have to deal with someone like you on a daily basis. Have a good day.”
On hearing this, he wiped any evidence of weakness from his eyes stood up and left the office after saying a million ‘thank you’s.

Dunni swung her chair this way and that as she returned the empty white envelope to the drawer where it belonged.

Drop the Weight with EJ: Can I Enjoy the Foods I Love and Still Get Results?