The Andela Woman: The Worst will Happen... Prepare For It! 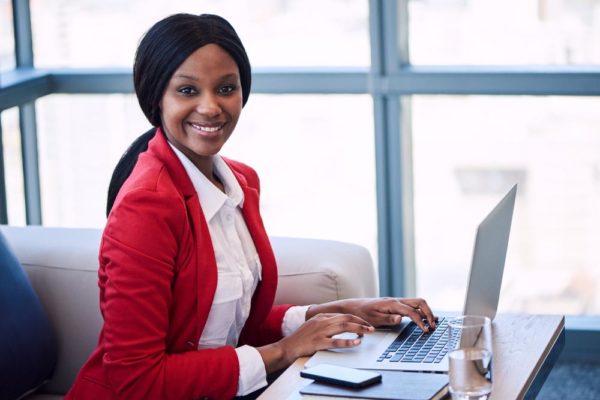 “I want to be like you when I grow up” – This is a statement I’ve heard people say over and over again to people they look up to. Even though this statement is sometimes said jokingly, I believe it’s got some weight attached to it.

I’m a very positive person; I always seek the positive outcomes of a situation. It makes me happy to think about all the wonderful things that could come my way.

But too much positivity might do you more damage than you’d think.

We all have people we look up to; they either serve as distant mentors or an inspiration to our lives in various forms. For example, I work in the Tech industry. Within this industry, people usually look up to figures like Steve Jobs, Mark Zuckerberg, Bill Gates and the likes. Trust me, this is a wise thing to do – they’ve gone far down the lane and seen most of life’s episodes, if not all. But how many of these “I want to be like this and that” actually sit down to study the lives of these figures, especially in terms of everything “good, bad, and ugly” that happened in their lives?

Bad things will happen to us, and it only makes sense that we think about the worst case scenarios. — What if my plans don’t work out? What if I get rejected despite the fact I put in my best? What if my manager says I’m not skilled enough for this job?

It sucks to think like that. But things do happen. And things might not turn out the way that we want them to. I have to think about those what ifs, because even though I’m making sure that bad things don’t happen, they still can happen. And if bad things really do happen, then what now? What will I do? Not doing this leads me to be full of joy and positivity, and then if shit happens, I wouldn’t even know what to do; like most of us, I’d probably cry and be depressed. I’m not being a pessimist; simply being a realist.

“The truth is, you should always prepare for the worst. You will fail at many things, you will doubt yourself. Yes, you can do it, but you must be willing to embrace the worst that could happen before you can do it. Don’t let any motivational speaker deceive you.

Recently, I read the story of Paddy Adenuga and how he nearly bought Chevron Netherlands. Props to people like him who take their time to share their stories. If he had acquired the organization and announced it without sharing the path to that success, many might conclude that he got it just because he had access to funds. Money isn’t the only ingredient to making the world go round for us.

Let’s talk about me a bit, I’ll share some of my ugliest moments.

Towards the end of November in 2014, I was working at a private university as an I.T technician. I loved my colleagues, my boss and the culture, but after a point, I began to love my job less and less, as it became more boring. I became interested in programming and I wasn’t doing any of that. I decided to use the resources around me, while sending snippets of code via email to a friend for review. One day, I got a call from him telling me about Andela, a company that creates an environment where driven developers can thrive regardless of background or socioeconomic status. At the same time, Andela pays them! I looked up the website and was drawn in. At that moment, I knew it was what I wanted.

I sought two weeks leave from my boss, applied and made it into the two-week boot camp. On my return to work, I resigned even before I got a letter of appointment from Andela. I was willing to try over and over again if I ended up not getting employed at my first try. I was ready to remove the safety net. However, I drew up a pros and cons table for my decision before I resigned. I got the tips from a book, “Take the risk” by Ben Carson.

I must confess that the points above have helped me a lot when making hard decisions and taking risks in life.

Throwback to my first month at Andela, it felt I was never going to be great at anything. I was placed on probation because I wasn’t catching up during training compared to my peers. During my probation, my worst fears came. I became scared of failure and the shame I would feel, if I were to be let go. I never knew I needed to fail in order to succeed. Failure was a catalyst to see beyond my abilities and see there’s more to what I can do.

I wished I’d prepared for the worst, no one told me it would come like a nightmare. I felt that programming wasn’t for me. I felt dumb and I started depending on people around me for motivation.

I would like to emphasize here that it’s a good deal to have people motivate you, people like mentors, friends and families; but it’s a better deal to develop self-motivation. It’s okay for people not to believe in you, but it’s a great disaster for you to stop believing in yourself. Until I got to a point of motivating myself, I didn’t understand what it meant to fail.

I took these three steps to the journey of self-motivation.

I wrote the rewards according to the timeline I finished. For e.g the reward for finishing before the deadline was different from the reward of finishing on the deadline and after the deadline. These above steps worked for me, as I realized I had a lot of potential to improved day by day.

In 2016, I came across some scholarships/grants for women in tech. I applied to about 20 of them and never made it in. I got rejection emails, I got angry and was almost frustrated. However, after some reflective thoughts, I made up my mind to remain undeterred. I kept my application game on and voila, I got a whooping $5000 grant from Toptal and a one year mentorship session from a senior engineer who happens to be a machine learning researcher. Even after this, there were many things I applied for and got rejected, but I kept it moving regardless.

In conclusion, here are a few things life has taught me, at least in relation to this topic:

In all you do, always remember to prepare for the worst.

Related Topics:The Andela Woman
Up Next

“I Act, We Impact” BellaNaijarian Semira’s Experience at the UN Youth Assembly is an Inspiring Read