The Andela Woman: 5 Ways to Develop the Leader In You 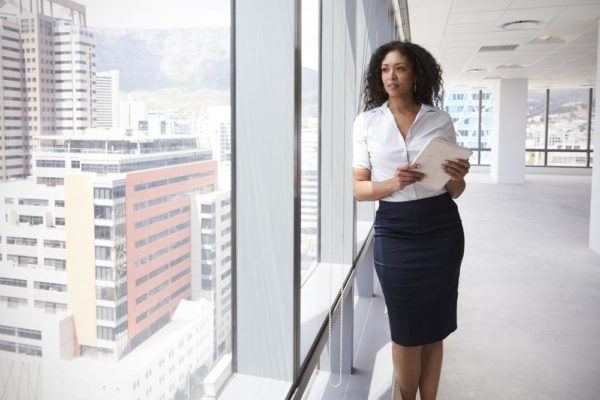 Nigeria provides an interesting cultural study of the effects of patriarchy on the psychology of women. In what ways do we as women, limit ourselves because society tells us what we can or cannot do?

Women have often shied away from taking the lead in various scenarios because we believed we would be labelled stubborn, aggressive or un-submissive.

In what ways can we overcome these stereotypes and our own subconscious biases, and rise to our fullest potential by being the best leaders we can be despite the constraints society places on us?

Develop your ambition
Some women automatically stifle their ambitions because society has prescribed them to a certain level of success, or because they believe men will be intimidated by them. However, it is important that we don’t let those external pressures hinder us from reaching the heights we desire to attain.
Some people think being ambitious means you will be seen as aggressive or bossy. NO, it doesn’t have to be. Use your ambition wisely, don’t kick/put people down while advancing your career. Figure out where you want to go in your career, and accept opportunities and challenges that will help you get there.

“Blowing out someone else’s candle won’t make yours shine brighter…”-Anon
Also, surround yourself with people who believe in your ambition and are willing to support and help you become the best you can be.

Be confident
It’s hard for people to take you seriously when you are not confident in your abilities. Women have been constantly taught to be humble, to never say or do anything that might be construed as bragging or anything that makes a man feel insecure about his own ability. Some have experienced their parents passing over their development in favor of their brothers’, or their parents not celebrating their accomplishments as visibly.
Also, some of us have seen our mothers defer to their husbands too often, silencing their voices even when they were right. This mindset is tough for women to break out of and is one of the biggest detriments to confidence in women. One of the ways to build confidence is to know yourself, know your strengths and weaknesses while improving on the strengths and working on the weaknesses and then talk openly and boldly about your accomplishments.
Never downplay your skillset or accomplishment to anyone. Talk yourself up and others will be forced to take notice of you. Don’t let anyone rain on your parade when they call you ‘abrasive’ and ‘bossy’ because you know what you can do and aren’t apologetic about it.

Make yourself be heard
Don’t be afraid to voice your opinion on any issue; if you don’t talk, how will people know what you are thinking or what you know? Like Sheryl Sandberg said, you have to lean in, force people to take notice of you and your abilities. Also don’t be afraid to ask questions even in tough situations. Some women don’t like to do this because they feel it makes people think they are ignorant. Guess what? Asking questions doesn’t make you look stupid, it makes you look interested and curious. This is something most guys are good at, they don’t care what people think as long as they can learn something in that process. Be a loud voice for fairness and justice. You never know who you’ll be inspiring to own their own voice.

Build a good attitude towards criticism
One of the greatest complaints people have about having women in tough and top positions is that we get emotional when criticised. While I believe it’s actually a strength of ours that we are emotional, in order for people to respect us and trust our judgement, we have to be able to accept other people’s negative comments without becoming defensive, arrogant or submissive. We must learn to filter and seek useful, constructive bits in any criticism and seek clarification when needed. This shows great emotional intelligence and maturity which are crucial aspects of being a leader.

Develop great people skills
As I said in the previous point, our emotional capabilities can actually be an advantage if we leverage them correctly. We can do this by:

Being great listeners: always taking an interest in hearing others’ opinions, making it easy for people to approach us with suggestions on how to make things better.

Showing empathy: We should show empathy and patience when dealing with our team-members, trying to understand them as individuals. There might be reasons why they are not able to contribute optimally to the team. This is one lesson I learned from my own experience. The first time I led a team of people, there was a lady on my team who I felt wasn’t really pulling her weight especially because we were trying to meet a deadline. I was so pissed at her and one day I confronted her and demanded that she deliver a certain amount of output that day; she wasn’t able to. To cut long story short, things didn’t turn out great. I later discovered that she had some health challenges which prevented her from giving hundred percent to the project. When I heard that, I realized I had failed as the leader of the team because if I had taken the time to discover why she wasn’t able to perform optimally, we could have worked together to come up with a plan that would increase her value to the team while supporting her at the same time. This brings to mind one of Dale Carnegie’s quotes — “Any fool can criticize, condemn, and complain but it takes character and self-control to be understanding and forgiving.”

Encouraging people: We should always strive to encourage people to give their best and also cultivate the habit of celebrating the successes of our team and its individual members. Be quick to praise for a job particularly well done. Like Johann Wolfgang said “Instruction does much, but encouragement everything.”

As women, we have natural gifts that society would sometimes lead us to believe are weaknesses.
These gifts when harnessed and nurtured will make us great leaders, therefore we have to embrace these gifts, develop them and fearlessly make our own unique contributions to our communities and to the world.

This article was written by Tolulope Komolafe for Andela.

Ask Shade About Trusts: I Want My Siblings to Inherit Some of My Assets… But I Don’t Want My Wife to Know