Yemisi Wada: Don't Say 'Yes' Just Because You Were Asked! If the Marriage Doesn't Feel Right, It Probably Isn't 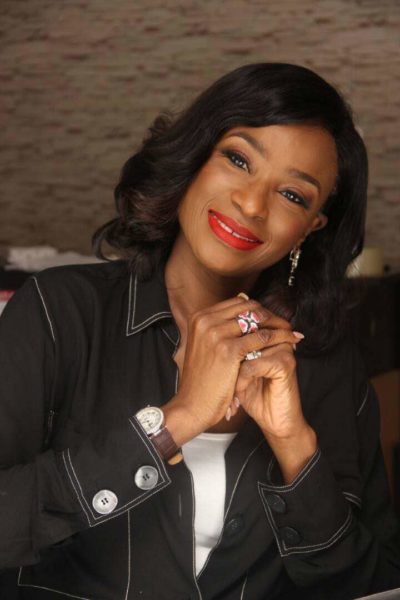 Writer’s block is a reality, especially when you’re constantly writing on particular issues. In this case I try to write to mostly women about relationships using experiences I have gathered over the years personally and from others. However, it could get monotonous if there’s no dialogue.

In a recent Instagram post, I asked for ideas on what to write about next and one of the ladies wrote ‘A lot of girls are scared of marriage or the idea of going into one because of the high increase in domestic violence. Could you kindly write something encouraging to assure them all marriages are not the same and also how to recognize an abusive partner before committing to for better, for worse?’

The words ‘Will you marry me?’ then the diamond ring have been glamourized over time, as the ‘Proposal’ for marriage. In reality though, that is not the proposal and should not be the proposal… but just the window dressing of the processes as it were.

It was so aptly put in another post I read on Instagram that said ‘I don’t think the four words and the diamond are the proposal’ ‘Every act once you meet is the proposal’ and this quote informs my post now.

Marriage between two agreeable adults can be a very beautiful journey, so beautiful in fact that one can recommend that everyone go through it. But having said that, it is also a very difficult and strange journey not to be undertaken lightly, especially if one wants to honour that ‘ till death do us part’ of the oath to one another.

So you need to realize every action (once you and your intended get together) is the question; it simply asks: ‘Are you prepared to be with me forever based on what you see?’

How is he, especially, with those who offer him a service? Is he a ‘Get me a drink’ kind of person? Or does he treat those who serve him with respect? I once heard of a guy who sent out for kidney suya and he proceeded to count the pieces in order to ascertain the person sent was not a thief; he haggled to make his point that the pieces were not complete to a totally embarrassed date. The irony was he wasn’t even picking up the bill!  This kind of man is offering you stinginess cloaked on the pretext of accountability and he has serious trust issues. You will have a frustrating life always trying to convince him everyone, including you, is not always trying to outsmart him.

What are his views? On marriage, and his role and the role of a wife and a mother. Don’t go in, hoping to change his views. Chances are you may never be able to. I had to step out of a gathering many years back when a guy was boasting that he would sleep with any househelp his wife brings into the house. His rationale was that if she brings in help, then that help should also help her in the bedroom. This guy was a lawyer by the way. This guy obviously views the woman he marries as his hired help. This man cannot view that his life partner would have a career and definitely would not cope if God forbid she even has a more successful career. More sinister is that he obviously is an abuser, because what makes him assume the help would want to sleep with him? And if she doesn’t, he intends to take it as his entitlement. This one is a beast.

How does he resolve the issues when there is dispute or when you have a difference of opinion? Is he comfortable with you having your own view if it is different from his? Does he apologize when he’s wrong or show remorse if he’s hurt you? That’s a way to see how much he does or doesn’t value and respect you. If he lets you stew in it whilst you still can go to your place imagine when you have nowhere to go to.

I always say cheating in marriage is not only when the parties stray, but also depriving one of what they are entitled to deliberately or acting in a way that’ll cause the other grief, just because you have that power is cheating. It is a painful experience.

Many years ago (and I tell this story all the time) when Jeffrey Archer cheated on his wife with a prostitute, reporters accosted her and asked her why she wasn’t leaving her husband. She said ‘sleeping with a prostitute I can forgive now, what I cannot forgive is indifference, that type of cheating I cannot forgive’ I didn’t understand what that meant back then, but as I’ve grown I understand the essence of her words.

How does he resolve issues amongst his peers? Does he always spoil for a fight at the drop of a hat; as such a person would be a grouch to live with.

Many women who are victims of physical abuse interestingly say they had never suffered abuse from their spouse whilst they were dating. Said spouse had never even spoken to them harshly! I said this myself after my first marriage crashed BUT the real truth is that the signs were there, but you feel it’d never be your portion… as we say.

The real truth again is that anyone capable of violence to any woman will visit it on you too. I had heard stories but I thought their situation was different. If a man has a reputation for violence just stay away.

A few years ago in Nigeria, a young upcoming musician accused a popular music producer handling her, of gross abuse. She was shunned, shamed and abused on social media and of course he denied it all. A few months or a year after he married a beautiful actress who one of his crew described as ‘the one who knew how to handle him’. Well, I wasn’t surprised when barely a year after probably whilst pregnant for their child or soon after the birth the dream marriage crashed! No reason was given, but I’m willing to bet he gave her a few slaps and she wasn’t having it.

How is he with his family? This matters so much in a marriage, but the significance is often overlooked. It is a great thing for a man to love his family and it’s quite comforting when the family is close and you have the support and the love not just from your spouse. It is over-dependence on the family that is the problem. When you cannot make a move or decision without of parents, it’s a nightmare.

The other day I read about the marriage of another big politician’s son crashing just months after the very lavish wedding. Many women want to marry a financially secure man, but in Nigeria it comes at a cost. A corrupt man cannot raise a hardworking child. Our system has taught many that life is about getting rich quick through deals. Everything is marred by this dreaded corruption.
Many are ready to live with this, as they say ‘better to cry in a limousine than in a Tokunbo car’ But know what you’re going in for. This is not to imply that abuse resides solely within the domain of financially secure couples, as we know, poverty is often cited as a justification for frustration that also leads to abuse. Abuse is abuse – irrespective of the depth of the pockets.

We always know when there are issues ahead; we just feel we can deal with it. The truth is that if it doesn’t feel right then you should not go ahead. It is almost impossible to change an adult and especially change one when he already has you.

Marriage is great when it is right. Even then it has many ups and downs and adjusting and sacrifices and patience as is expected when two adults now have to live as one. When it’s wrong, it is one of the most miserable situations to be in. When a marriage fails – especially – when children are involved, it doesn’t matter why it broke, it still feels like failure.

I think the reason is that you blame yourself for not taking the caution at the time you were asked that question ‘Will you marry me?’ Why didn’t you just say the golden ‘I can’t’.

Be kind to yourselves.

Awala-Ale Mofe: Tips for Becoming that Great Baker You’ve Always Wanted to Be