BN Prose: A Kind of Likeness by Chukwuebuka Ibeh 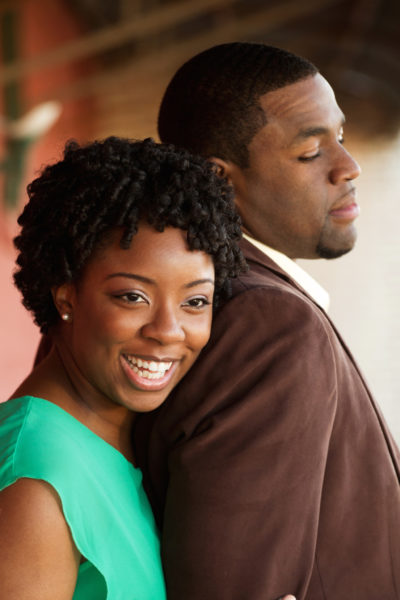 She liked him. She liked the air about him, calm and collected, free of artifice, bereft of a desire to dominate. She liked that he liked her, that he paused in the middle of serious discussions to remind her of how much his life was incomplete without her. She liked the sound of his voice; husky and coming forth in a slight stutter. She liked the way he made her feel; light, a colorful feather floating in the wind, propelled by forces beyond its control. She liked how buoyed she was with a happiness even she could not understand.

I like you, you know? He would say sometimes, often spontaneously, and she would burst into laughter. The unexpectedness of his words always took her aback, and the fact that he seemed buoyed, always, with a strangely stiff certitude amused and saddened her equally. It did not occur to him, even for a minute, to doubt himself and the complexity of what they shared. It did not occur to him to ask questions, to even consider asking questions.

‘Awwn, you love me too much’ he would say when she complimented something he had done, and she would laugh. A brief pause often followed, dense with the weight of unsaid –and subtly implied- things.

Her laughter wounded him, made him feel small and inconsequential. She knew this, and yet she laughed anyway. There was something blithe and naive about the solemnity in his voice that made her laugh. That, and the fact that he could, of course, not be serious. She didn’t like him, not in the way he thought. And every night, when she snuggled next to her husband to inhale the healthy smell of his aftershave, she told herself that what she felt for him was simply platonic, something superficial. It was just that he was kind and well mannered and he had a way with words that was generally appreciable. What she felt for him, really, was what she would feel for a brother.

And yet she liked that he called at nights to feed her with tidbits of how his day went; his sultry bass voice filtering into her ears gently from over the phone line, mildly aching and mildly satisfying. She liked that he listened to her with a careful attention, only making vague sounds of assent to show he was following. She liked that he lacked that annoyingly knowing air typical of men. He had a remarkable way of showing understanding, without coming off as all-knowing.

She liked that, once, when she told him about a particularly annoying client who had regarded her with contempt and asked to be introduced to the man in the firm, he said “Awwwn… How do you want me to deal with him? A gun to his head or a bottle up his rectum?” And she laughed.

This was another thing she liked about him- his effortless ability to make her laugh. After she disconnected the call, she looked at the bulky frame of her husband lying next to her, so peaceful and so oblivious, and she wondered -not for the first time- what exactly she was doing.

She liked the risk; the thought that she was walking on thorns with barefoot and somehow hoped not to sustain injury. She liked the rush of adrenaline that raced up her nerves at improbable times when she had nearly been caught. Like the time he sent a quick text stating how much he loved her and her husband had gotten to the phone first.

“Hmm… Somebody loves you”. He said, a small smile playing on his lips.
She stared at his face, searching for signs. It was always difficult to tell what Chike was thinking. When she found her voice, they came in a murmur. ‘Who?’

He stared at the screen intently, tilting her phone sideways as though doing so would reveal something he had missed. ‘It doesn’t have a name’.

She released a breath she did not know she had been holding. Of course she had not saved his number. It was still as it was, the very first day he had told her, ‘I could call you later when it starts working, if only you’d give me your number’, and she had typed her number into his phone. Oh.. Call me Nkem, she said when he asked her what he would save her number as. Later, as she eased out of the driveway into the narrow street, she remembered she had not even asked for his name.

Chike was besides her, taking her ear lobe in his mouth, and it took her an effort not to turn away from him. ‘Who’s that, babe?’
‘Oh… A wrong number, perhaps?’ She whispered back, stifling a chuckle. His hands were behind her back undoing the hook of her bra and she tried not to compare his touch with that of him.

Later, after Chike rolled off her, she took her phone to the veranda and called him. She asked him not to call her anymore. She couldn’t allow it –whatever this thing was- to continue. “I’m married, you know?”

He was quiet for a while. She heard the rustling of leaves in the background and she wondered what he was thinking.

It took her a few minutes to realize he would say nothing else in addition. He was simple like that; one more thing she liked about him.

Delta Big Boy: 10 Experiences that Made you Happy Growing up Nigerian ? #InternationalDayOfHappiness

Your Better Self with Akanna: Rice and Beans

Chukwuebuka Ibeh was born in Nigeria. His short stories have appeared in New England Review of Books, New African Writing Anthology, Dwartonline and other publications. He lives and writes from Port Harcourt.