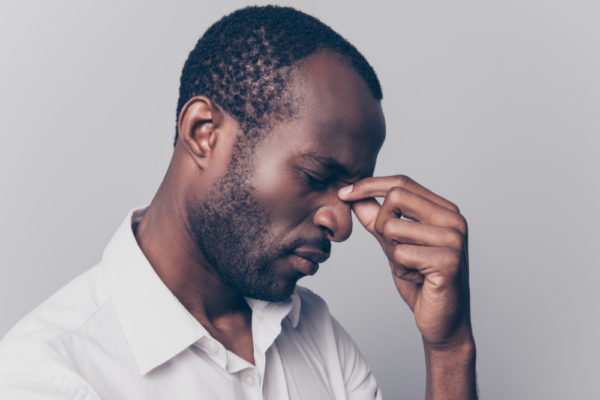 Etiosa stayed at home a few days. When Ngozi asked what he was doing all day; he told her he was planning his next move. He wasn’t. The truth was, he had never had to start a business or get a job in his life. Where job searching was concerned, he might as well have been a new born.

With no experience and little ambition, Eghosa spent the days trying to skim money off people online and failing woefully and spent the nights having nightmares about his living in abject poverty.
His siblings weren’t very interested in assisting. They had told him long ago that carrying on the family business would get him in hot water soon; but at the time, he realised whatever fall might come would be cushioned by the wealth he would have amassed.

Ngozi, on the other hand, when she wasn’t biting her tongue to barricade the tongue lashing she was itching to serve on Eghosa for his laziness, was thriving as a social media influencer. On a daily basis, she would get deliveries with clothes or shoes or makeup. Eghosa would see the joy she got from collaborating with brands and truly want to be happy for her, but he could never really get past his new status to celebrate her wins and so when Frankie suggested an out; Eghosa only need a nudge to push him back over the edge of criminality.

On one of those depressing Friday nights, Eghosa went for a drive. He would usually park at the end Salome drive, turn on the radio, recline the seats and let his mind wander. On this night however, there was a church nearby holding what seemed to be an all-night service. He tried hard to relax and let his mind wander but the sounds from the church kept distracting him and bringing back images of the church at HQ.

After trying and failing to relax for a few minutes, he got frustrated and drove away. While roaming the neighbourhood, he saw a 24-hour fast-food restaurant and swerved into it’s parking lot. He found a stall, put his feet up, closed his eyes and allowed the only distraction be the scent of just fried chicken in the air. As he sat there, the waiter came up to take his order.

“Good evening Sir, what would you like to eat?”

Eghosa tried to stay perfectly still, hoping the waiter would get the message and walk away. The waiter suddenly went silent but Eghosa could still feel his presence towering over him.

Eghosa recognized the voice immediately. His eyes flew open and truly, standing above him wearing a red shirt and a bowtie was Frankie.

***
“They kicked me out too oh. At least they didn’t push you out with hand. I just came one day and they told me to drop my phone. Then Kez and some of those other new ones chased me out with knife. Nor be small thing oh.” Frankie had gotten comfortable in the seat opposite Eghosa.

“Hmm. Guy I don’t even know what to do now? Nothing is coming from anywhere.”

Eghosa looked at Frankie’s red shirt and couldn’t hold back the laughter. Frankie, taking offence retorted “Na you dey laugh me? You don forget say you suppose dey do wedding? You come go carry the person wey get the biggest eye for Lagos.”

Frankie burst out laughing as he saw the joy drain from Eghosa’s face. Tapping his arm, he said “ Nor worry, when she find person wey fit afford the kain wedding wey her big eye dey find, I will be a good friend and not laugh.”

He broke out in fits of laughter again; till he saw that Eghosa had become silent.

“Calm down, guy. This stupid work here has given me the chance to plan my next move and there’s actually a way you can come in and set yourself up.”

Eghosa, still brooding over Frankie’s teasing, sat up. Frankie looked over Eghosa’s head and behind him to ensure no one was within earshot and scooched forward on the chair.

“I’m still working on the plan but I heard about this old man that has a vault in his house. He’s one of these old time politicians, doesn’t trust banks so he keeps all his money in the safe in some underground part of his house. He lives alone. Like all he has is gateman!” Frankie said. He had that wickedly excited look in his eye. There was clearly no talking him out of this one.

“How do you know all this one?” Eghosa asked doubtfully.

“The gateman is my wife’s brother so nor be say dem say! This guy is going to make us rich I swear. ”

“But how much does the man have?”

“My guy, if it too small, thirty million! Person wey bulletproof car they bring money come im house every month. He’s not a small boy oh. Just that nobody knows. And nobody would have still known but he’s a stingy man, all that money and he pays my brother in law only thirty thousand. ”

“How are you going to open a vault abeg?”

“Guy, I can’t be sharing plans unless I know you’re in. You know say na you be master planner. Come and get money so Ngozi will allow you drink water.”

***
Eghosa has returned to his position on the couch with his laptop. His attention is divided between the laptop and the television. Ngozi runs in holding her phone and shouting excitedly startling him.
“Babe! Baby!! I’ve found it!!!”
She runs and lands right beside him on the floor in front of the television. She shoves her phone so close to his face that it takes a few moments to understand what he is looking at?

“Why are you showing me a dress?”

“It’s not a dress jor. It’s the dress! That’s going to be my wedding dress!” Ngozi looks at the picture on her phone again and picks herself off the floor, already imagining herself in the dress. As she is about to walk away, she bends and put her arms around Eghosa’s neck

“Babe, the dress costs a million naira. You’re good for it yeah?” Planting  a long peck on his cheek. Eghosa plastered a smile on his face, as she got up.

“Are you coming to the room soon, babe?”

“Yeah. Give me a second.” Eghosa smiled and picked up his phone.

He opened the messaging app and sent a message to Frankie.

Like all bad decisions, it only took a second.

Your Better Self with Akanna: 10 Wise Sayings