Love without Boundaries with Bukola Ayinde: Bullying & the Role of Parents 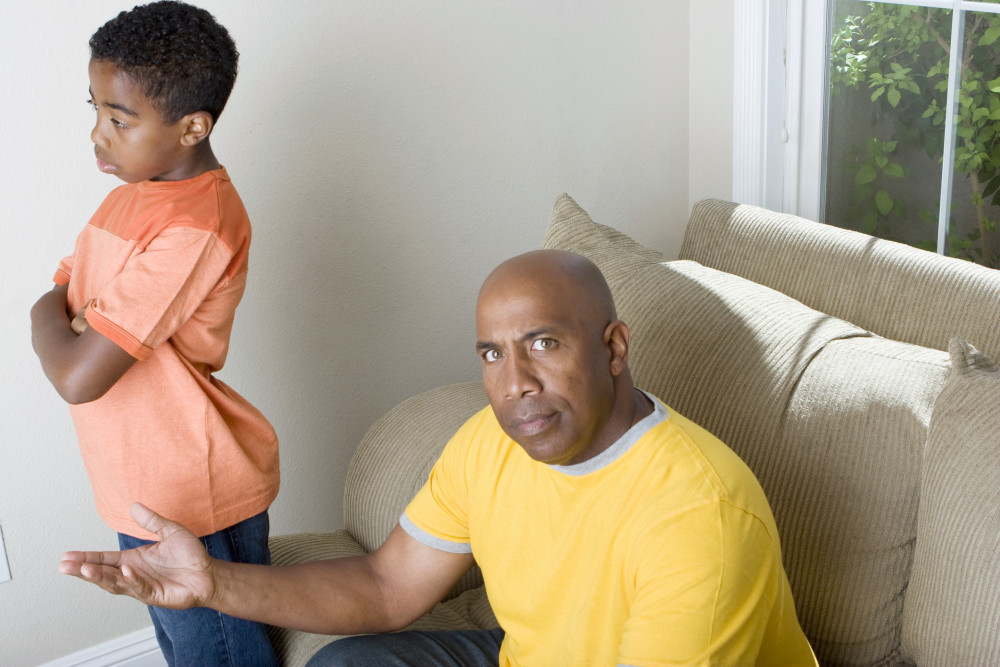 Bullying can be described as the use of force, threat, or coercion to abuse, intimidate or aggressively dominate others.

Bullying takes place in all works of life. It may occur at home, in school, in church, at work, on the internet, anywhere. I have a five year old daughter living with cerebral palsy (cerebral palsy is the damage to the part of the brain that controls the muscles) so I live with the consciousness that she may be bullied. I am also an advocate for children living with disabilities so this is a topic that is dear to my heart.
Taking a look at the school setting, there are usually different parties to bullying.

Where do bullies come from?

1. Parents who are also bullies
Some parents are consciously or unconsciously grooming bullies from the home front. Children of warriors; parents who do not take kindly to their children showing any form of weakness. They encourage their children to put fear into others because they think it is synonymous with gaining respect. Children also watch and learn from their parents. They see the way their parents embarrass their domestic staff and the look of fear on the faces of the staff. They also watch and learn when their parents shout at each other and the way they handle conflicts.

2. Overindulgent parents
There are some parents that over indulge their children. They give in to all their request even when the request is ridiculous and unnecessary. I was told of the story of a little girl in primary 1 who had her birthday party in school and brought 15 party packs instead of 16. She told her parents that she did not want to give the 16th person any gift because the girl looks and behaves differently from the rest of the class. She made it clear to her parents that she didn’t like the girl. The parents obeyed and provided only 15 party packs. That kind of parent is an enabler.

When a child exhibits such hurtful and unkind behavior and it is not nipped in the bud, the child may develop a mean personality and a monster is created.

A word of advice: Not for one second should a parent think that it is only the society that will feel the brunt of the child that was not properly trained. Pressed down, shaken together and running over will this child give back to the parents – either when he becomes a teenager, a young adult or when the parents are senior citizens and he starts to make decisions about their lives.

There is a proverb that says that it is the child that we did not train or build up that will sell the house that we built.

3. Dysfunctional families
A dysfunctional family is a family in which conflict, misbehavior, and often child neglect or abuse on the part of individual parents occur continuously and regularly, leading other members to accommodate such actions. In simple terms, hurting people hurt others. They want to be loved but the only way they know how to behave is by hurting people.

4. The strong-willed child
There are some children that are naturally stubborn. In most cases they have choleric temperaments. Sometimes, such children have very strong wills and do not take lightly to being told what to do. Some parents may not understand how to handle such children and some parents may resolve to beating and name calling. This may only make the child hardened. Some other parents may get tired of the child’s pranks and completely ignore the child.

5. Children without guardians
Children with absentee parents may also fall into this category. When there is no adult figure that corrects the child in love, the child is left on his own to form his own rules about life based on what he perceives to be right or what he has learnt from his friends. This is also true about children on the streets, touts and misfits.

6. Children who have been bullied
In some cases, children who have been bullied also become bullies. Some parents are bullies. They bully their spouses; they bully their children and anyone around them who is of lower strength. This may affect children living in that kind of toxic environment to either become a bully or develop very low self esteem.
Another example of this is in boarding schools. JS 2 students will bully JS 1 students. When JS 1 students become JS 2 students they will also bully the new JS 1 students – unless someone breaks the cycle.

What is the solution?
1. We have to be deliberate with our parenting skills. When last did you take your child with you when you went out to do a good deed? May be for the less privileged.

2. What values are you showing (not by talking alone) but showing your child?

3. Are you an enabler? When your child makes derogatory comments about others do you take out time to explain that that is not acceptable.

4. If you have a strong-willed child, I am a person of faith, so I will ask you to pray for your child then seek professional help if you don’t know how to help your child. Please don’t label him a bully, it will only make him or her harden. There are counsellors in schools, there are also child psychologist that can guide a parent towards helping a child that is strong willed.

5. A child may not be a bully but he may be one who looks away when someone is being bullied. I wrote a book called Peter is Different. Peter had cerebral palsy and one of Peter’s classmates, Jude, got home and told his father that he didn’t like the way some of his classmates treated Peter. The way they spoke badly about him and laughed at him. Jude’s father asked Jude what Jude had done about it. Jude said he had done nothing because if he did, the boys may just bully him instead. Then his father told him, if you turn and face the other way when someone is being bullied, then you are also a bully. Strong people stand up for themselves but stronger people stand up for others.

Let’s encourage our children to build the right values and stand for what is right.

Kingsley Obom-Egbulem:Your Home is Not Safe Because You’re Living with a Predator

#GrowOnlinewithChinny: Top Brands like Coca-Cola, KFC & Yellow Tail are showing Us that it’s all about the Customer