Kolawole Ajayi: Avoid Aggressive Driving... Here Are Some Tips on How 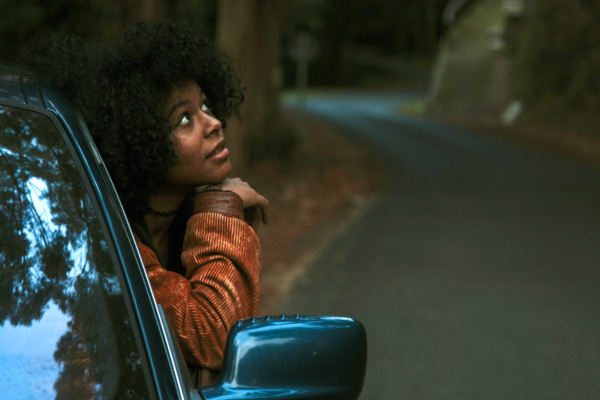 The popular saying that “Nigerians are generally a warm people” can be easily disproved when one takes a few moments to drive from one part of any Nigerian city to the other. The aggressiveness displayed daily by road users, especially drivers, can never be overemphasised. Hardly will a driver drive up to five kilometres before needing to shout at someone, or before he/she is shouted at by other drivers. This trend is becoming prevalent, and is a source of concern to road safety experts.

Aggressive driving can be defined as an act exhibited in the course of driving that endangers the lives of road users and influences destruction of property. It can also be seen as traffic offences engaged in deliberately by drivers in order to put other road users at risk.

Acts of aggressive driving include tailgating, changing lanes abruptly, disobeying traffic signs and rules, low regard for other road users, using of fowl language and hand/facial gestures against other road users, distracted drivers, incessant passing on the right side of unpaved portions of the road, etc. The aforementioned, to be candid, are exhibited by most drivers on any Nigerian road on a daily basis. And these have led to fights, crashes, injuries and ultimately the deaths of numerous people nationwide.

Generally, a lot has been said to be the reasons for aggressive driving. But for the purpose of this piece, they will be categorised into immediate factors like lateness, driving under the influence, inadequate road infrastructure; and factors not within the immediate environment like economic conditions, family problems, refusal to leave for the journey early, poor understanding of traffic/safety concept, anxiety-related issues, etc.

In order to curb this dangerous act on our roads nationwide, here are possible ways to avoid aggressive drivers, and how best not to be one.

How to Avoid Aggressive Drivers

Avoid eye contact
Avoiding eye contact with an aggressive or angry driver has proven on a number of occasions to be effective. It does not only keep you focussed on your driving, but it also helps make you avoid erratic behaviours of aggressive drivers.

Never retaliate their gestures
Anytime an aggressive driver targets you, you are advised not to retaliate. Your final destination is more important to you than whomever is angry while driving. Always have it at the back of your mind that you’re on that journey for a purpose.

Get out of their way
Since honking and incessant flashing of lights can be attached to aggressive driving, it is always good to get out of the way of any driver who exhibits any of these acts. By doing this, you are saving yourself from the possible mishaps that could come out of the said act.

Relax
It is advisable that whoever wants to drive must be in a good state of mind. Avoid worries, doubts, anxieties. When you have done this, you will hardly be perturbed by the silly acts of other road users.

Be nice
You can never be too nice whenever you find yourself driving from one point to the other. You should know that the road belongs to everybody. Give right of way where it is legal and when it is safe. Also, you may as well be generous by allowing others join traffic. It is better to be safe than to be right.

How to Not Be an Aggressive Driver

Even the gentlest of us can find his or herself in a position exhibiting the attributes of an aggressive driver. But to avoid this, the following are to be strictly adhered to;

Do not drive under the influence
Driving under the influence can make you react to smallest of issues, and also ultimately lead to death. It is because of these that drivers have been advised against taking drugs or alcohol, which impair one’s judgment.

Anticipate your journey
Delays, congestions, traffic lights, etc., can easily frustrate a driver. To avoid this, think of the shortest route possible, with less traffic and traffic light. The fewer the vehicles on the road, the fewer factors associated with aggressive driving that will be encountered.

Use public transport
This may sound impossible to some, but believe me, most people are unbothered when in public transport. The pressure associated with driving in traffic is enough to bring out the silliness in some individuals, and as an individual who falls within this category, learn to use public transport as often as you can.

Apply common sense safety rules
It has been said on several occasions that road safety is not about being right, but being safe. Drive only when you can make sound judgment. Signal when changing lanes, give others the chance to join traffic, etc.

Be relaxed
Driving needs total concentration, and how best to enjoy traffic but when the driver is relaxed. Eliminate whatever may be disturbing your piece of mind.

In conclusion, we are to know that road safety is a shared responsibility. Do your part by being a responsible driver always.

Tsema Ede-Okoye: How Our Freedom of Speech is Threatened in Nigeria