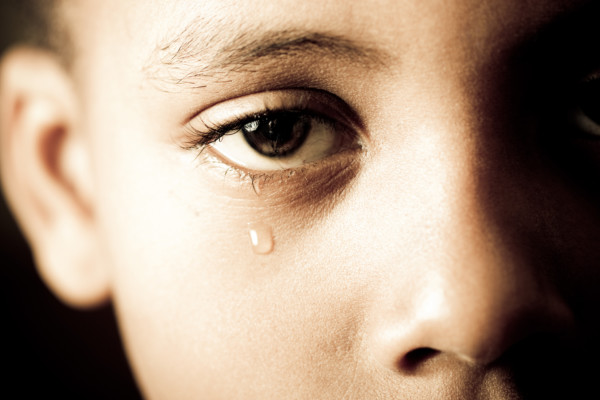 The memories are still fresh in my mind. The day my parents walked into the room and told me I’d be getting married to Alhaji. He was a prominent man in the north, with thousands of livestock to his name. With his booming business and enticing political affiliations, my parents were sure they were marrying me into wealth.

“Has it come?” my mother asked while she braided my hair into the famous wodaabe style, with cowries at the tip. I sat between her legs on a beautiful tabarma.

“Aah aah, Mama.” I shook my head from side to side, indicating that I hadn’t seen my period. Since I turned eleven, Alhaji and my parents waited for the day my period would come, so I could be married off to him immediately. Every day I hoped it never came. Unlike me, Alhaji’s daughters attended standard secondary schools in the West, and rumour had it that his first daughter attended a foreign university.

“Stand and turn, let me see how beautiful you look.” Mama assisted me in getting up and placed both hands on my waist as I stood. I turned to meet her gaze, fixed on the spot where I just stood up from, her teeth shinning like a full moon. My eyes followed hers and I saw it, the seal to my every dream, hopes and aspirations. It was right there, looking back at me. I saw blood.

Mama was elated, but my heart sank faster than a fisherman’s boat with holes. “You’re going to deliver us from poverty.” She danced as she stepped out of our wooden house, beckoning on my father to come. He arrived faster than he did when news got to him that my mother was in labour to have my younger sister. “Go and tell Alhaji that his bride is ready.” He sent my brother off with the news.

I sat in the house, crying. No one told me how to clean myself up. I was alone.

Two weeks rolled by so fast, and the day for my wedding fatihah finally came. Alhaji arrived in all his glory, like a warrior coming to claim his price. The wolimah was extravagant; money was not a problem. I decided to believe that maybe it wasn’t such a bad idea. Maybe he would send me to school like his daughters. Maybe my dreams were still valid.

That night I was snapped back into reality. Drunk from the celebration, Alhaji welcomed me into our matrimonial room. Immediately the doors were shut he pulled his cloth, first his top, then his singlet. He walked up to me at the corner of the room. He ran his fingers from my neck down to my cleavage. He turned my face to the wall, yanked at my dress.

“Don Allah,” I begged. Tears fell from my eyes down my cheeks.

“Why do you beg me? You’re mine now, and I own you. I can do as I please.” Those words rang in my ears over and over. What did he want from me that he couldn’t get from his older wives? He took my dress apart piece by piece, and the ones he couldn’t get off he tore away from my body, an evil smirk plastered on his face. He stripped me naked the way the marriage stripped away all my hopes and aspiration.

That night I knew I couldn’t fight, I had neither the physical strength nor the will. He overpowered me both physically and mentally. The smell of alcohol filled my lungs as he kissed me like his life depended on it. I was irritated by my own body. Every touch sent shivers down my spine, but all that was nothing compared to the pain I felt when he finally fit himself inside me. The penetration was excruciating I just wanted to die. The weight of his potbelly on me felt like I had bags upon bags of salt placed on my body.

Before long he was done. He rubbed my stomach and looked me in the eyes. He said “It’s a boy.” He rolled to the other end of the bed and almost immediately I began to hear snoring.

I cried my eyes out that very night. I couldn’t sleep. For days, I didn’t eat, and each time he had sex with me a ran to the bathroom to have my bath. I felt I could scrub his touch away from my body. Every day became a living nightmare, until the day I decided to defile him.

He entered the room that night and proceeded to undress me as usual, but I said no. I wasn’t in the mood and I wasn’t going to do it. He laughed. He laughed so hard it was scary. He wore his shirt and headed for the door. I felt relieved, and on the spot decided I was going to do that more often. My joy would have been full, if only I didn’t hear the door lock click and see the keys go straight into his pocket.

“No one tells me no. No one ever.” He came toward me like a lion going for its prey. His left fist went straight for my belly, while the right married my cheek. I fell to the floor like a tree and he began to kick me. I felt my rib crack and jaw break.

He laughed as he beat me to pulp. Each punch hit differently from the previous. I was in excruciating pain, but he kept laughing. Then he started to cough. I lay on the floor and watched him cough, harder than he laughed and even scarier. He held his chest, pain written all over his face. I was too consumed in mine to care, but I think he was having a heart attack. He tried holding onto something, but he lost his footing, fell and hit his head on the frame of the bed. That was it, my tormentor lying down in his own pool of blood. I still dream about it every night,

I see his face sometimes.

“So that’s why you decided to see me, a psychologist?”

“Yes, I heard you can help with trauma.”

Vumile Msweli: The Quest for Querencia

Money Matters with Nimi: Money Mistakes You Should Avoid

My name is Caleb Ibejigba. I have a keen interest in fictional stories that portray the happenings in our society. I’m mostly reserved and express myself through my work. If I’m not writing I’m probably listening to sad song ever. The link to my book “Diary of a Lagos Intern” https://okadabooks.com/book/about/diary_of_a_lagos_intern/25072