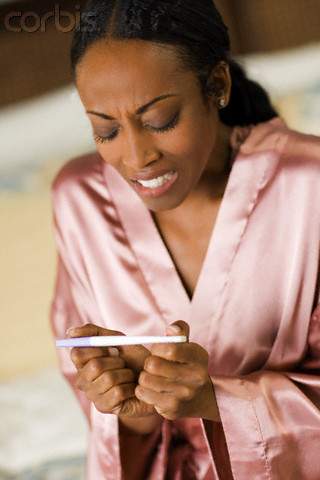 ‘I’m pregnant’, I told my friends Ify and Chioma.

‘I took a test yesterday and it confirmed my fears’, I replied

‘What do you mean by ”what happened?”, are you a child?’, Chioma told her,’which kain yeye question be that?’

‘What I meant was, didn’t you use protection?’, Ify replied, giving Chioma a dirty look.

‘I don’t even know, I was taking the pills, but I must have made a mistake somehow. Chei! Am in soup!’ I shouted, holding my head in my hands.

‘What are you going to do?’ Ify asked

‘How can you say she should abort it?’, Ify interrupted, ‘What if something goes wrong? Like if she dies or there are complications?’

‘What do you want her to do? Its the easiest…’

‘No its not!’ Ify shouted,’What is wrong with you Chioma?, Sometimes I just won…’

Sensing that an argument was about to start, I cut in, ‘You people are not helping me at all, you are making things worse. I am in a dilemma here and both of you are not helping. I am so confused’.

‘Babe sorry, but wait o, are we not forgetting something here’, Chioma said,’Have you told Lanre?’

‘What are you waiting for?’

‘Amaka, Lanre is crazy about you. Heck, you said it yourself that the guy is ready to marry you, but you are the one slowing things down’, Ify said

‘This is exactly what I was trying to say’, Ify said, ‘ Amaka, your family, especially your father will kill you if they found out that you were seeing a person who isn’t Ibo and a non-Catholic on top, not to talk of being pregnant for him’.

At that all three of us fell silent. No one in my father’s family had ever married outside our tribe. It was something my father always talked about. He had told my sisters and I that it was a tradition he expected us to continue. None of us his daughters would marry a person who wasn’t Ibo, infact it was unthinkable. In addition, he insisted our husbands must be Catholic as well, because he was a Knight of the Catholic Church, a title that he truly loved, cherished and even worshiped.

‘Your brothers can marry outside our church, after all they are men and a man’s wife must worship where he does. But you my daughters, you cannot try it’.

I didn’t think too much about it, after all ‘it was always easier to marry one from your tribe, and our tribe is a large one with the population predominantly Catholic’, I thought at the time.

That was till I met Lanre. When I met him, everything changed. He was the one. I just knew it. Even though I ran as far as I could and no matter how hard I tried to stop my feelings, I still fell for him and I fell hard.

I couldn’t help it. He was everything I wanted and needed. He was my soulmate.

At the beginning of the relationship, I told my mum about him tentatively, just to get her reaction;

‘Ada-m nwanyi (My first daughter), please, for your sake, end whatever you have with that boy. Biko. Please’, she begged,’ your father will never ever agree. Biko achom nsogbu(I don’t want trouble)’.

But I couldn’t. I tried, but I just could not. And nsogbu (trouble) was exactly what I had brought upon myself.

‘But why is your family like that?’ Chioma asked, ‘my family doesn’t have that kind of tradition or culture or whatever you want to call it. My eldest sister is married to an Ijaw man and my brother’s wif..’

‘Look, we are not interested in your family Chioma’, Ify interrupted ‘your mother doesn’t know yet abi?’ she asked me

‘No, she is coming back from her trip in two weeks; hopefully, I’ll have this sorted out before she finds out’.

She had been looking at me closely since she came back the previous day. My mother’s eyes were sharper than an eagle’s.

‘Are you pregnant?’, she repeated.

I could not answer, My head was spinning. ‘She wasn’t supposed to come back this soon & how did she notice so fast?’ I asked myself.

‘Come here! You are pregnant abi? Look at your breasts! Look at your face!, Amaka!, I can spot a pregnant woman from faarrrr, even if  the pregnancy is only 2days old!, so answer me, ARE YOU PREGNANT?’

‘Yes’, I answered in a small voice.

‘Hey! This girl has killed me o!’ she shouted, ‘Amaka! Are you ready to be a mother? Are you ready to be a wife? Are you? because you must marry the person responsible o!. My first daughter will not have a child out of wedlock. Mba (no)! It is impossible. You will not disgrace me!’, she said hitting her legs on the ground.

‘Who is responsible? Who is the father?’, she shouted, ‘You better tell me now, before I break your head!’

At that my mother threw herself back on the couch and starting sobbing loudly.She placed her hands on her head and kept saying, ‘Amaka has killed me, I am finished. Your father will cut off our heads. Chei! God what did I do? God!’

‘WHAT IS GOING ON HERE!’, my father asked in his deep voice.

I jumped at the sound of my father’s voice. Fear rushed through my veins like ice water.

‘Woman, why are you shouting loudly? Did someone die? I could hear your voice from the gate.What did Amaka do?, why are you screaming her name?’

In all the commotion, we didn’t hear my father come in. I looked at my mum, silently begging her not to say a word.

My mother and i stared at each other in helpless silence. Both of us unsure of what our next words would be…….

End of the Road…