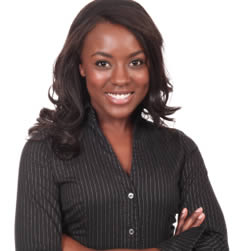 *photo is strictly for illustration and does not depict the sender of the letter - Photo Credit: African Star

I am a major BN addict, I visit from my BB all day and leave a few comments once in a while. Coincidentally, it is the source of my dilemma that brought me to Bella Naija for the first time. I was googling his name (Don’t judge me lol) and the old blog came up and I have been hooked since then.
Now my issue, my relationship is going through a very rough patch. I have been with my boyfriend for some years, you could say that we are longtime sweethearts. We have had our off and on moments like many couples but it has been mainly ON!

There is one piece of information that is vital to my issue and this is the cause of all the sleepless nights and fights that I go through everyday. My boyfriend is a celebrity, when we met, he was struggling to make it in his field. When I say struggling, I mean struggling. Only someone who has dated an artiste (musician, actor, dancer, comedian etc…) will understand. It is not just a financial thing but also a mental thing. We would spend hours praying for his breakthrough, he would spend so much time scrapping around for money to pay for studio time. He would be hustling to meet this producer or that producer or this popular artiste or that popular record company person. He would go out to perform at shows only to came home and tell me that he didn’t even perform or get paid because he was not officially on the bill. However, there was one main thing that kept us through it all, our friendship and bond. I was his closest confidant and I could boldly proclaim that I knew him better than anyone. Even my parents were initially against our relationship, asking me “what job does he do?”, “did he graduate from university?” etc… but because of the way I presented him to them as a humble, hardworking guy, they accepted him as my choice.

Now to the present, what we had been praying for has arrived. The stardom, the money etc… but this has almost completely destroyed my relationship. Sometime ago, when I read of another star and his wife’s breakup, my literally heart stopped beating for some seconds but I then exhaled and said it can never happen to me. Suddenly, some months down the line, I am not so sure. It started with the small things – his phone ringing non-stop all night, blackberry beeping all day and then his started locking his phone (something he never did before – he said it was for security incase someone stole it). Then the interviews, he would say he was ‘single’, when I would complain, he would say that it was for PR as advised by his management. At events, he would never allow us walk the red carpet together – he said it is to protect me and our relationship (that he doesn’t want public/tabloid attention on our relationship). Also, I curse the day that twitter was created. I had to stop following him because I couldn’t stand to see all the “I love you too baby” messages to his “fans” – I sometimes wonder – are they just fans? Let’s not talk about the non-stop events in universities in Nigeria (I have heard too many tales about some of these uni girls) and other events abroad (heard the foreign fans are worse). At first, I used to accompany him but have my own job so had to cut down.

Honestly, he is still a lovely boyfriend who whenever we are together, makes me feel very special. – he is also generous. Though I sometimes feel he is now more of a smooth loverboy than the best friend he was before. When I ask him about all this, he laughs and brushes it aside. He refuses to have a serious discussion about it.

The stem of all this is I no longer feel like his best friend. His management and others seems to have taken that place. Ok, I may seem jealous and insecure but not many women would be able to handle this. Sometimes I am scared to think of my future with him, will I look after the kids alone while he travels around? If the fame goes will he be able to handle it and what else will he do after that?

What can I do?