BN Hot Topic: Does the Baby Have To Be the Fruit of Your Loins? 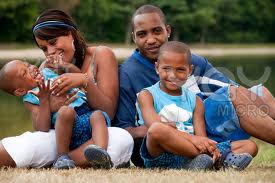 Prior to the 22nd March, 2010,  I was a staunch, card-carrying member of the God-Forbid Club. Opening my mind to the possibility that things may not turn out positively was not an option I considered or even allowed myself to think about.  A lot of Nigerians are like this; some attribute it to a heavy reliance on religion, others attribute it to sheer naivety but for some reason, this is how we are.

‘Have you written your will?’/’God forbid. Are you trying to say I will die young?’

‘Have you considered adoption of kids?’/’God forbid. I am from a fruitful lineage and I will bear offspring from my own loins‘

Earlier on this weekend, I had a chat with an aunty who talked to me about the advantages of “settling down”. She cited procreation and starting a family as one of the reasons why one should marry. I know a lot of couples who have gotten together for this reason. For some people, it has worked out and for some people they are biologically incapable of having children. I find that many people are flocking towards the spiritual havens for the “fruit of the womb” and I wondered why more couples in Nigeria were not considering “adoption” as an alternative.

I put the question before a group of professional Nigerians between the ages of 25 and 45. The responses I got varied between cultural and religious reasons. Someone said Nigerians were not adopting children as their own because it was seen as a last resort and it was a sign that they’d completely lost “faith” that God would do it.  Someone argued that it was not necessarily culturally accepted especially as members of the extended family might not accept the child even if you fully and wholly accept the child as yours.

My friend, Oladipo, brought an interesting twist to the discourse. He said that under Islamic laws, adopted children didn’t have a direct line of succession with regards inheritance and as such, the child can be brought into your home, but doesn’t have the same succession rights as your biological children (where you have any). Amina countered that the purpose of adoption was more for the sake of the child’s nurture and care than the inheritance and therefore, the issue of succession shouldn’t even be a determining factor where one is considering the issues.

There are also some people who are averse to adoption and cite genetic anomalies as their reason. I countered this argument by saying that these anomalies cannot be limited, strictly to adopted children as a couple have genetic strains that are sometimes inexplicable.

With regards to whether the child will be loved as one’s own, I said that a lot of children are brought up in a really strict environment and  even some biological children would attest to how their parents were a little “cruel to be kind” . I mean, even I believed I was adopted but for the fact that I’m the spitting image of my mother, you couldn’t have convinced me otherwise that I wasn’t. Parenting is hard and a child will probably believe some things irrespective of the biological antecedents.

A lot of people are not open to the issue of adopting because they see it as a sign that they have failed but on the contrary, I think it shows a deep strength of character and the largeness of your heart. According to my friend, he’d never really thought of adoption as an option, however, he would adopt if his wife is unable to have a child or in the event that they have their own biological children, there has to be PLENTY money to raise the child and his wife has to consent.