To celebrate our 6th anniversary in 2012, BellaNaija embarked on a mission! Our mission was to share OUR Stories and OUR Miracles – BN at 6, Our Stories, Our Miracles. Each and every African at home and in diaspora has a unique story. Many have been through experiences can only be described as miracles. Tragedy and strife converted through faith and perseverance.The response we received has been overwhelmingly positive and BN Our Stories, Our Miracles is now an ongoing feature on BellaNaija in 2013.

29 year old Kelechi Uhegwu is from Abia State. The oldest child of 3 kids, Kelechi’s passion for life and her zest has made her story more a miracle than anything else. Diagnosed with polio when she was a little over a year old, Kelechi has had to pull herself through life despite all the difficulties that are associated with disabilities in Nigeria. Besides having a degree from the University of Lagos, Kelechi loves art and she expresses it through make –up.  BN enjoyed chatting with Kelechi and we hope that you enjoy reading her story. 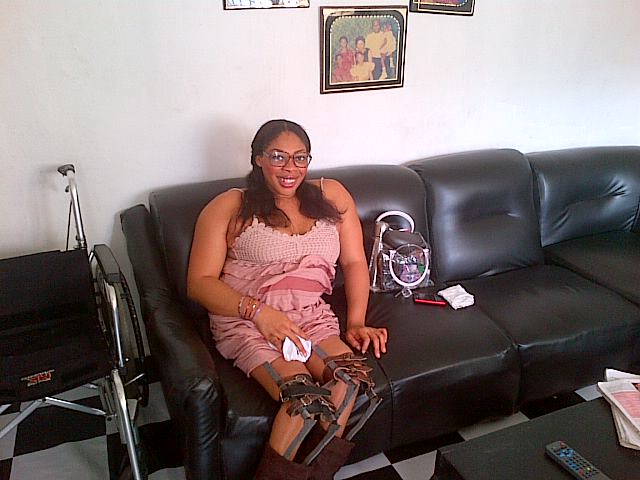 Kelechi Unveiled
I was born in Agbor in Delta State and then we moved to Lagos and stayed in  Ojota and later, Satellite Town. I had my primary education at Mictec International School in Ojota, Lagos and at Holy Child International School in Satellite town. I had my Secondary School at Navy Town Secondary school in Navy Town, Ojo, Lagos. A little after my 1st birthday, my parents travelled to Lagos, leaving me with my grand mum in Agbor. I fell ill and was admitted into the General Hospital, Agbor in Delta State where the doctors thought I had malaria or measles. I was injected for some days and this led to pains in my legs after which I could stand but was unable to walk and then I could not walk anymore. I had poliomyelitis (paralytic scoliosis).

My Childhood Post-Diagnosis
My parents were informed and only returned to meet their beautiful and first child paralysed. Naturally, they were devastated, but they had to take the next positive step which was to have me treated in Lagos.
Polio limited my ‘movement’ but it didn’t limit ‘the person in me’. I learnt how to walk with leg braces and crutches. I played like every other kid, I had my fair share of being bullied too.

All my life was school, home, church and the hospital. I was over-protected by my parents as a child. I was not allowed to play outside with other kids because they thought I was fragile but for the adventurous person that I am, when my parents go out, I would device a way to get out of the house with my younger brother to play with other kids, even with the knowledge of the punishment that awaited me. 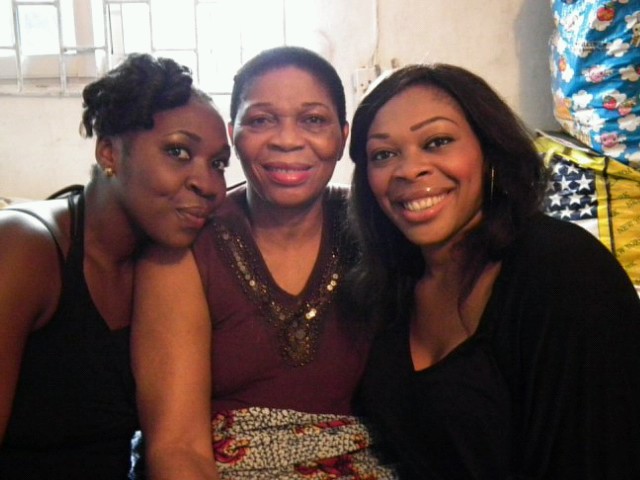 Kelechi with her mom and sister

Constant Hospital Visits
I had a minimum of two visits a week to the hospital and each visit was hell. I mean ‘Physiotherapy’. I was always in the hospital and it was extremely painful.  I had my treatment at Lagos University Teaching Hospital (LUTH) and National Orthopaedic Hospital, Igbobi, Lagos. The experience wasn’t an interesting one, trust me.

Highs and Lows so Far
My highest moment in my growing up years was when I could ask for ‘anything’ from my parents and they didn’t say ‘No’. Everything in the world seemed to be at my beck and call. My lowest moment was on the 8th of March, 2000 when my dad passed on from renal failure. It was the final year of my secondary school and that was when I understood the meaning of the Word – ‘Responsibility’.

A life changing experience was when one of my friends Jane Ogbe wrote a story about me and I was nominated for the ‘Survival Against All Odds Awards, by the Aart of Life Foundation in 2006. It was featured on-air, people voted for me and it was a really exhilarating feeling. I came 1st Runner up eventually. It also helped me become a stronger person because people kept stopping me to say they watched the program and they were inspired by my story. I felt good that I was an inspiration to someone. 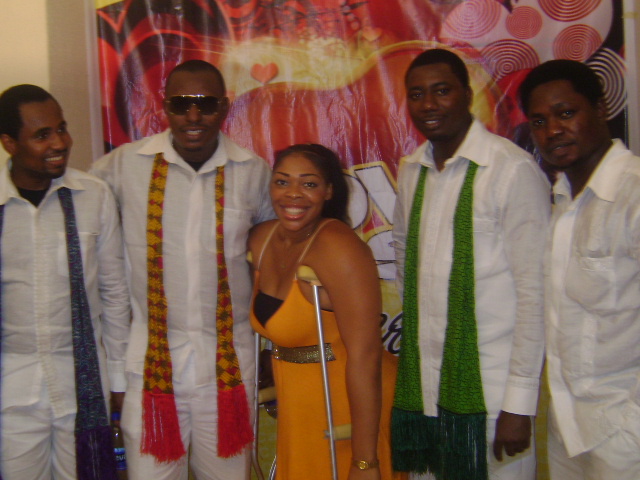 University Life
I have a Bachelor’s degree in Zoology from the University of Lagos in 2008. My entry into the University was a miracle. I had battled with JAMB for two years so I struggled and bought a Diploma form in the University of Lagos, passed the entrance examination and though I did not have the money to pay my school fees. Another challenge was transportation to school from Satellite town to Akoka because Diploma students weren’t given accommodation in school.

Being the very optimistic person that I am, I took the risk of waking up every morning without a dime and then I would get a ride by strangers to half way my journey or directly to school. I met the Deputy Vice Chancellor (Academy) of my time to tell him about my challenges. When he met me, he was pleased with my zeal to be educated despite my physical and financial challenges and he gave me an approval to write the exam. I eventually wrote the exam and came out with good grades with which I gained admission by Direct Entry to study a degree course in Zoology and my debt was erased. How I made it through Diploma was amazingly miraculous. 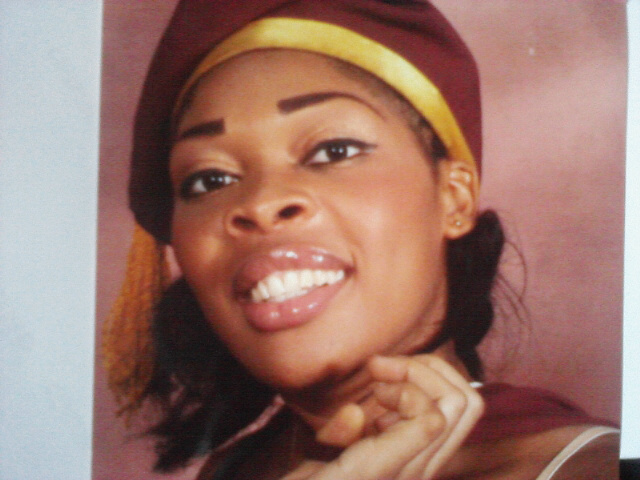 Getting about without Proper Infrastructure for Disabilities
My everyday experience in school got so tough over time as my classes were held at third floor and underground at the Faculty of Science. I couldn’t go for all the classes as my human energy couldn’t carry me. So, I either stayed for all the lectures that would be held at third floor or downstairs throughout a day. I couldn’t shuffle going for classes but ‘I still made it to class’.

My Friends
I have loads of friends who are extremely supportive. I’m someone who’s very vibrant and energetic so I always have positive people around me. I have admirers like every regular girl. Walking with crutches has not influenced my relationship with anyone, people are attracted to my personality and relate with me as a ‘Person’, not as a ‘Challenged Person’. 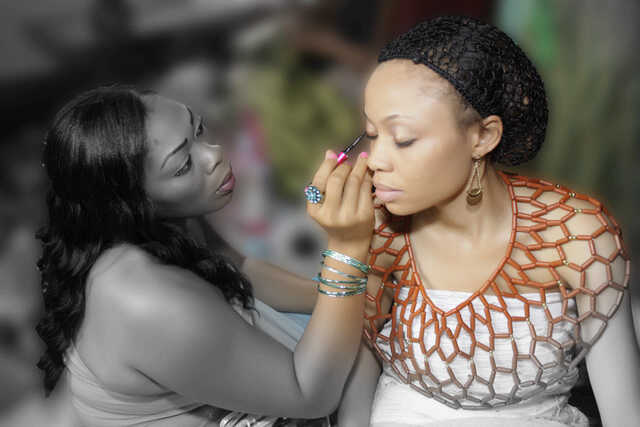 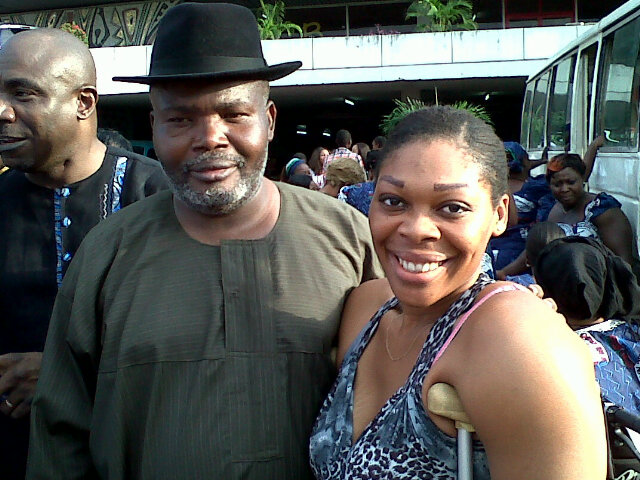 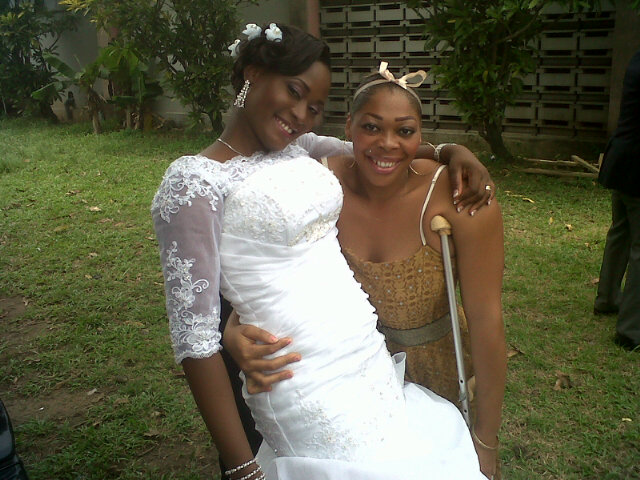 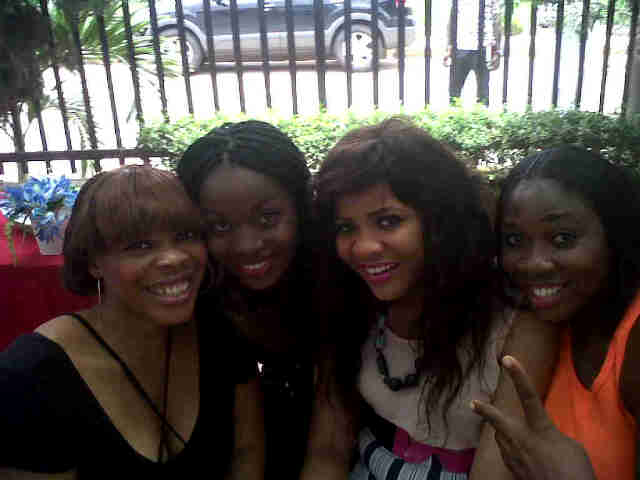 Ray of Hope in the Horizon
I found a hospital in Nottingham, England where I could undergo corrective surgery. It is an anterior surgical release and posterior stabilisation with rods and screw as well as fusion of the spine with a 2-stage procedure and have an opportunity to walk unaided again. It costs way more than what I can afford as an individual considering my present financial status.

Surround Yourself with Positive People
I write poems, read books, listen to good music, invite friends around. That’s what I do to keep the fire burning. If you have a disability and you live in Nigeria, this is what I’ll say: stay strong, look good, smell good, surround yourself with positive people, dream big, take a Leap and you will achieve your goals!

Due to BellaNaija’s policy, Kelechi’s account number was not previously published. However, we have felt it imperative to do so now as many readers have asked us for it and shown a willingness to contribute to helping Kelechi walk again. She has sent the following bank details to us: Account name: Uhegwu Kelechi Ruth| Account number:  GTB savings: 0008250589.

Please note that BellaNaija will not be held liable for any misappropriation of funds or any liabilities ensuing from the donation.