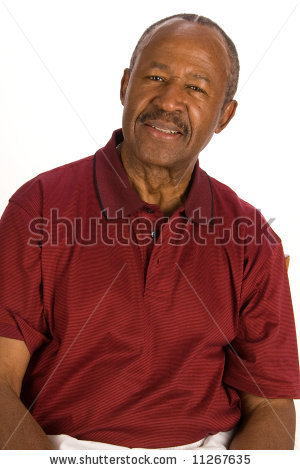 The wheels of the chair squeaked as he was pushed along the corridors of the hospital. Everything about his appearance had been well thought out. The cloth draped over his knees for warmth, green with strands of blue subtly reflecting the colours of Biamo. It made the white of his jalabia seem luminescent. As the wheelchair twisted past, people stopped and respectfully tilted their heads at him murmuring his name, Gbala.

His nurse barely paused in her stride, her white uniform a sharp contrast against her dark skin, her red lipstick on broad lips which were fixed in a smile of placation. He brought his hands out from under the cloth and flexed his fingers, fingers which had been bent with arthritis but now looked nubile. Her smile slipped as she whispered censure.

-They are not ready yet.
He hurriedly put his hands back. They all look the same, these nurses he thought. They seem benevolent until you try to make small talk with them, and then the shutters come down. He had given up trying three nurses ago. He now knew that he wasn’t brought here to ask about their pasts but to ensure Biamo’s future.
The wheels grinded to a halt as the nurse paused to wait for Gbala’s bodyguards to hold open the double doors that led out of the hospital. As they burst into the sunlight, they were set upon at once.The bodyguards in their suits with earpieces in their ears tried to hold back the press of reporters and well wishers.

-Gbala how was the surgery?
-Was it a success?

Square recorders were thrust into his face, much like the ones from thirty years ago when he was first released from prison. Reporters don’t seem to keep up with technology he mused. The nurse soon found it hard to push past the crush and when it seemed they would tip over his voice rang out.

He wasn’t as strong anymore, but at 96 it was expected. Unmistakeable was his voice; it had kept the movement and his people going during his imprisonment. His voice, which had been smuggled out on recorded tapes, now stopped everyone.

-My treatment for gallstones went well. The staff at St Thomas have given me the best care and today I return home to my family. Please allow us privacy at this time.

-Gbala what do you say about claims that you are losing your mind?

He turned his head, now covered in gray, to a young man dressed in faded trousers, his collar visibly frayed. He quelled under the stare, seeming embarrassed to have spoken at all. Gbala replied eyebrows raised
-You wan try me?

Laughter rippled as the nurse pushed the chair to the black sedan waiting. The young man was callow but he was right, he had begun to lose his mind. He wondered how long they would allow him keep that, how long it would belong to him.
•••

The sound of the chanting at the gates of the Gbala mansion had abated as the crowd dispersed. They came everyday hoping to catch a glimpse of the Lion of Biamo. On some days, when the sun broke through the branches of the Bougevillea trees on the grounds, he went onto the balcony and waved. Today he was hunched over in his favourite chair, as his only child Kunle paced in front of him.

-If your mother was still here, she would not have allowed this.
-She would, she loved Biamo as much as I do, as much as you do.
– I am losing my mind Kunle.

Kunle look down at his father. He remembered when his father’s hair was black and springy and when he had emerged from that hole with grey hair closely cropped to his skull. He remembered visiting his father on one of the few government sanctioned visits. Clutching his mother’s hand as the large gates clanged open and his anger that Biamo needed a father more than a fifteen year old. Sacrifice they called it.

-My mother knew the true meaning of sacrifice. You see them outside everyday father, without you they would be nothing.
-With me they still are nothing!

Gbala hated what he had become. A symbol that all was now equal and well. Yet he saw people who look like him still suffering. The Taas had officially ended segregation with his release from prison but the Kom, his people still remained at the bottom. Whenever the Kom seemed on edge he was wheeled out to placate them while Kunle did backroom deals with the President. His being alive and in apparent good health gave the Taas something to point to, to show that things had changed. They had to keep their symbol in perfect condition and so the surgeries began. Anything weakened by age and riddled by disease was swapped out. He didn’t need the wheelchair, he had new legs. And lungs, heart, liver and most recently, new hands. With every surgery, a new story was fed to the press. Pneumonia, blood clot, exhaustion, gallstones.

-Please let me die.
Kunle knelt in front of his father and took his oddly youthful hands in his, hands Gbala could not feel.
-They need you.
•••
-Happy New Year

Gbala slurred into the microphone as fireworks exploded in the sky over the stage and the people cheered. The crowd of over 200,000 was almost entirely made up of Koms. There had been a gas explosion in the mines down the road from Junte, the biggest Kom settlement, many men had been lost. As the compere collected the microphone, Gbala grasped the wheels of the chair and rolled to the side of the stage to watch his people dance. At the corner of his eye he saw a glimpse of white.

She was walking towards him, as young as the day he first saw her, in the dress that showed just enough of her legs to make him want to see more. It seems like the sound of the cheers and fireworks become muffled as she got closer. She beckoned to him as tears found the crevices of his face and rolled down. The lady in white reached the chair and grasped the handles. The nurse took a clean handkerchief from her front pocket and bent over to wipe the trail of drool from the side of Gbala’s mouth. She called Kunle over.

-The doctors are prepped and waiting, she said glancing at the nurses watch hanging from her pocket.
-Who is Celci?
-That’s what he used to call my mother. Sweet one.

He turned and walked back to his guests.
The nurse shrugged. She turned the chair to the exit and began to push, eager to drop her patient off and go home to her family. She felt impatience as Kunle’s hand stopped her.
-He won’t remember us will he?
-No, it’s a new brain. A good Biamonian youth.

She took in his downcast look.

-Stay strong sir, they need him more than you do.

BN Hot Topic: Does the Baby Have To Be the Fruit of Your Loins?