Qudus Onikeku On Glover Hall and the Lagos Cultural Revolution 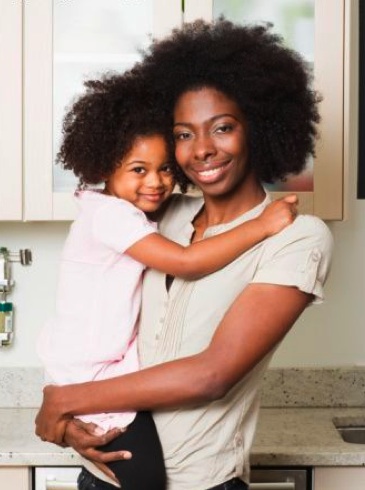 In the first quarter of this year, I decided to put together a list of the funniest videos on YouTube in 2013 for the BN audience. Every time I looked at the list, I thought… “I’ll work on this later, December is still far”. I woke up on Friday morning and behold, November was upon us. Where did all the time go? I’m happy that it’s November and I believe the best is yet to come.

Asides musing about the end of the year, I was also super glad that it was the weekend- that time of the week when all you do is laze about and surf the internet. So, this weekend, I finally got a chance to watch Nigerian rap artiste, Vector on his Trace Urban interview. When asked about what he would like in a woman he mentioned “a woman with a high sense of decency”. Then he went on to say the woman should “know how to cook, be understanding, & raise me good kids while I fulfill my own part of the agreement”. The last bit raised my hairs a little. I thought ‘Really? I’m not going to buy any of your music because of this!’ Then, I paused; ‘Who you kidding girl? You love music and this dude is quite the lyricist. Why don’t you pause for a second and analyze what he has said and why he has said it.’ {Click here to watch it if you missed it}

His wife was going to be responsible for raising him good kids? I did a quick check at the calendar and yes, it is still 2013. Guys, I’m not ordinarily one to raise arms in defence of women’s rights and all that, but it really got me thinking about parenting and the role of women. Is the woman traditionally the child raiser? Is the woman solely responsible for whether a child becomes a tout or an award-winning inventor? Is parenting of a child really the sole responsibility of the mother?

A few years ago, my friend was watching what he called an important Arsenal game and then they noticed that his son’s temperature was spiking. I was chatting with him at the time and he mentioned to me that his son had a fever. I asked if they were going to have to go to the hospital. He said that they would and that his wife would take the child. I asked why he wasn’t taking him or at least going with them and he responded with “Arsenal is playing. Besides, when you were growing up, wasn’t your mother the primary care giver? His mother will take him to the hospital.” To say I was sorely disappointed is putting it mildly, but I know that a lot of people have this mindset. So I decided to take a closer look at what makes mothers so special and how their actions make or mar who we become.

Nigerian mothers are really special. They can use their eyes to move mountains. You don’t believe me? Next time you go to a party and you see a well-behaved toddler, take a quick glance around and you’d see a woman sitting within half-a-mile radius of the child – daring the child to just step out of line. The Nigerian mother hardly takes ‘I didn’t find it Mummy’ as a response to ‘Go and bring my glasses from the room’. What she would say to you is ‘If you let me get up from here and I find it…’ She doesn’t need to finish the sentence before you know what’s coming next.

There are so many stories of Nigerian mothers that make them unique. It makes us love them beyond measure (at least when we’re old enough to understand what all that harshness is all about). It also makes us wonder if we’re going to be that same way with our kids. I guess it is that special brand of ‘tough love’ that brands the woman as ‘The Child Rearer’. However, men need to understand that parenting isn’t just about bringing the money home. As long as both of you bring the child into existence, I’m guessing both of you should be involved in raising the child and instilling the values you want to pass on.

What do you guys think? Do you agree that mothers are there to rear children? Can you share some of your unique African mother/ Nigerian mother experiences with us. If you’re a mother now, what examples have you learned from your mother and are using towards your kids? What do you think makes the Nigerian mother special?
Have a great week ahead. Don’t forget to make the next 8 weeks or so count for something absolutely amazing.
Peace, love & cupcakes!
Toodles!