"I've got 28 years of Virginity to pour into One Woman" - Gaisebaba shares Love Story & Wedding Photos exclusively with BN! 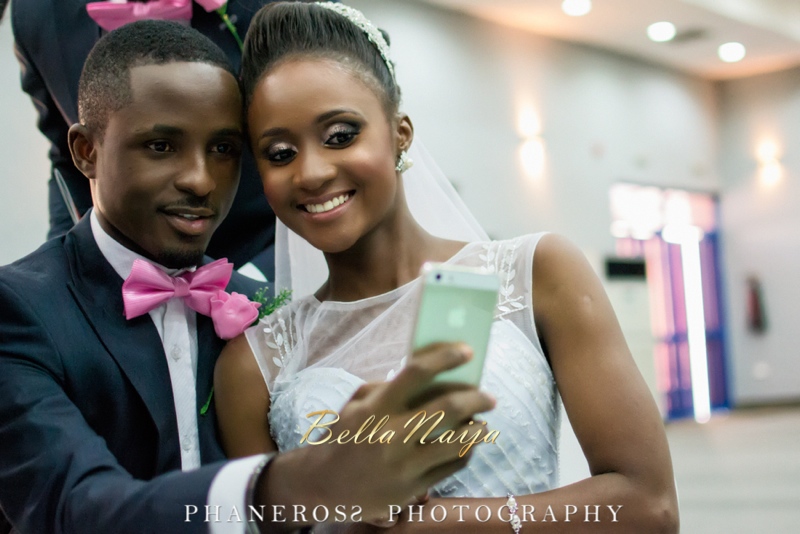 We’re elated to share this love story with you, our BN fam!

We usually hear about virginity from the female point of view, so it’s refreshing to share a strong male voice on the topic.

BN Weddings: Kindly tell us about yourself and your lovely wife.

Gaisebaba: I am Akinade Ibuoye, an Afro fusion artist popularly known as Gaisebaba, currently signed to Sanctified Records with a debut album out, and three follow up singles; the latest of which is ‘Little Drops’. 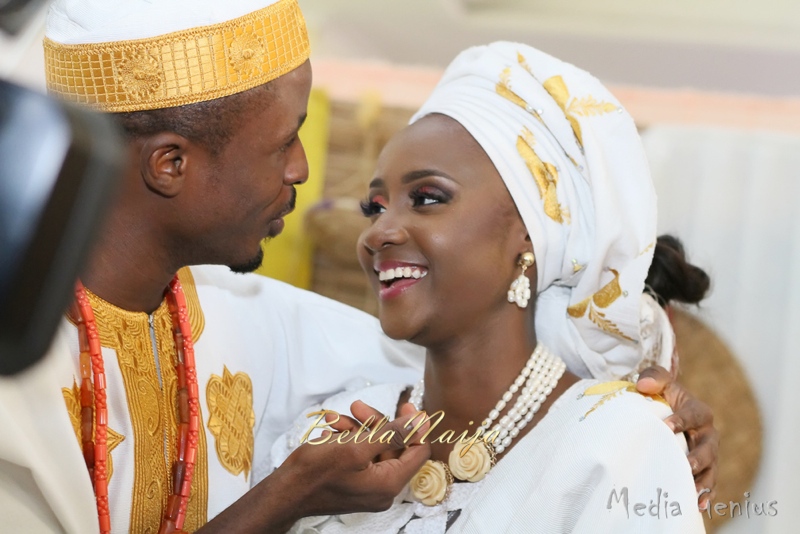 BN Weddings: How Did You Meet?

We met on October 20, 2012 at a seminar – Steve Harris‘ ‘Business of Your Talent’. I was a participant while she volunteered and was at the registration table, so she was the very first person I saw on getting to the venue. She was definitely beautiful, petite, smallish and all bubbly with smiles and laughter even on top ordinary registration; who born me not to take note!

The Headies Awards were later that night so I had to leave rather early but I ensured I got her Blackberry PIN before leaving. We started chatting I think the next day and we were almost always chatting those first weeks; we obviously liked each other and we both knew it.

We had to wait though. She was in a relationship not very long before, and I needed to be absolutely sure ‘this’ was IT. I remember telling her December 31 that same year that I couldn’t get into any relationship for 6months or even possibly up to a year, also because I was fresh out of one. She was hurt and she didn’t hide it, but her final response after some preamble was,

The next 6 months were tough, really tough! We deleted ourselves on BBM, unfollowed on Twitter; just so we’re not in a pseudo-relationship while claiming to be waiting (I’d had enough of such in my lifetime, story for another day). But still we’d both stalk each other’s TLs on twitter, post a few subs, and I’d steal a visit once every while.

All this time I was praying, searching scriptures. I wanted to be sure, I needed to be sure, needed something to hold on to. My close friends and those who’ve known me for quite a while will understand why; I’ve fallen in and out of love quite a few times, even I was tired. So I needed something beyond myself and claim of love, and so I decided I’ll go for the Word. And thank God I did, because I found. Not one scripture, not two, but three! 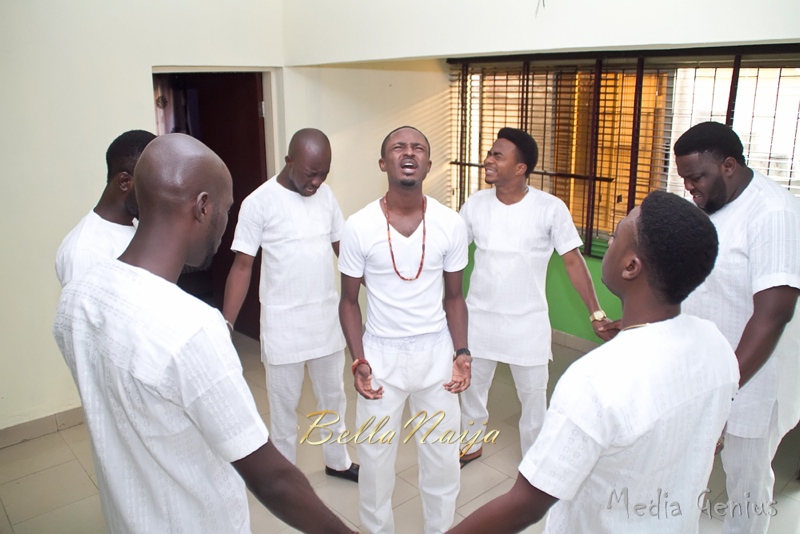 Then on Saturday July 27 2013, our seventh month of waiting, our relationship began. The first five months were a mix of ups and downs though, largely due to our strong personalities. This was when those scriptures were of great help, they helped me (and by extension, us) through the hard times, the emotionally dry times when you don’t feel anything at all, the clashing of egos, ‘strong-head’ and all other causes of ‘fights’ in relationships. 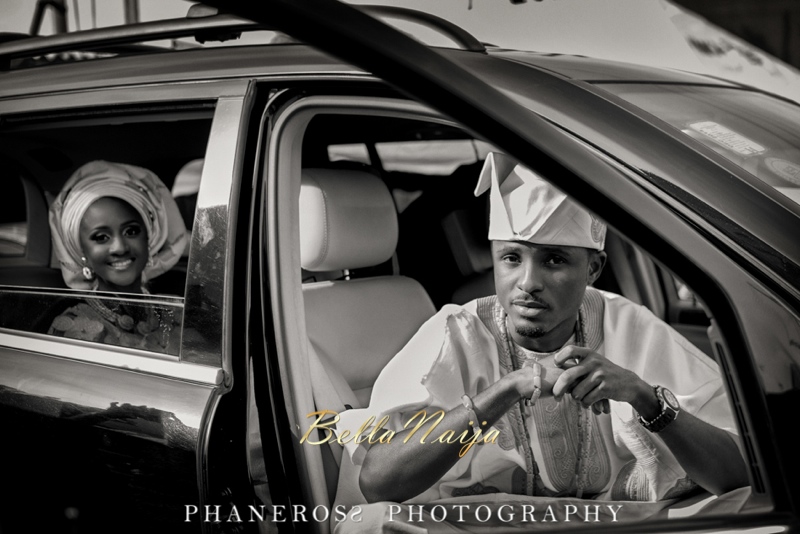 As we turned the year, iron had sharpened iron, and like sandpaper smoothens and fine-tunes a rough surface, we improved, matured and became wiser in our dealings; I learnt to be more selfless and she became more submissive, not trying to enforce a point like before. We could have given up at several points but we didn’t; we worked at it and worked it out. That’s why we’re here today! 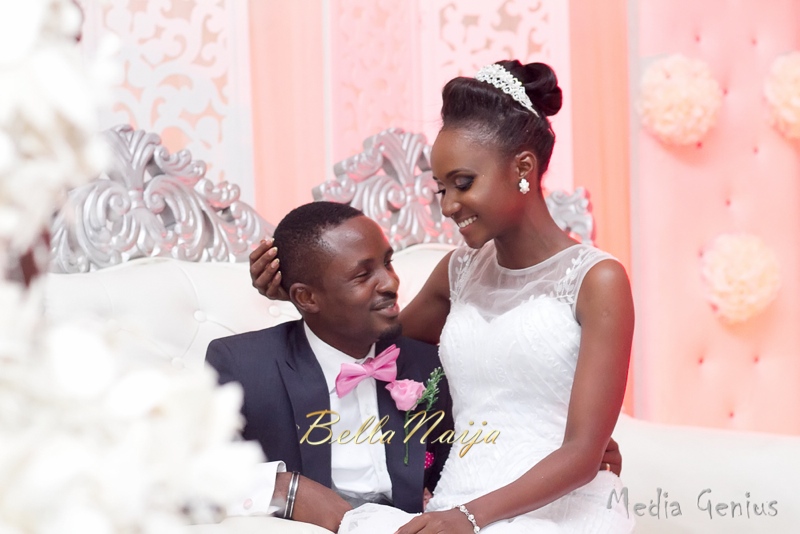 By February I was ready to propose. It was Valentine’s season but I chose to do it 2 days earlier as I felt Valentine’s Day would be too predictable. So I made an artwork of her, got a bouquet of flowers and of course the engagement ring. I chose her office as the venue and I’d told one of the guards ahead as I was going to need him too.

So February 12, myself, my best friend (who’d later be my best man), and David, my guitar-playing baritone-voiced friend set out for her office on Bank Anthony Way in Ikeja. 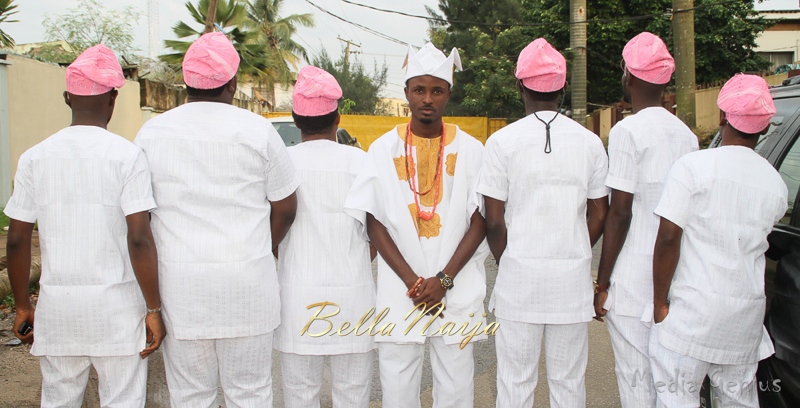 I arrived and dropped the artwork and flowers with the guard. While my guys hid close-by I called her to come give me her iPad, that I needed it for a meeting on the island, just to get her to leave her desk. While with me, the guard went in to place the items on her table. I ‘left’ and she returned to an already agog office with everyone screaming! By then myself and my guys come into the reception, David already strumming his guitar and singing along, and the deed was done! A colleague of hers actually recorded the latter part with his phone. 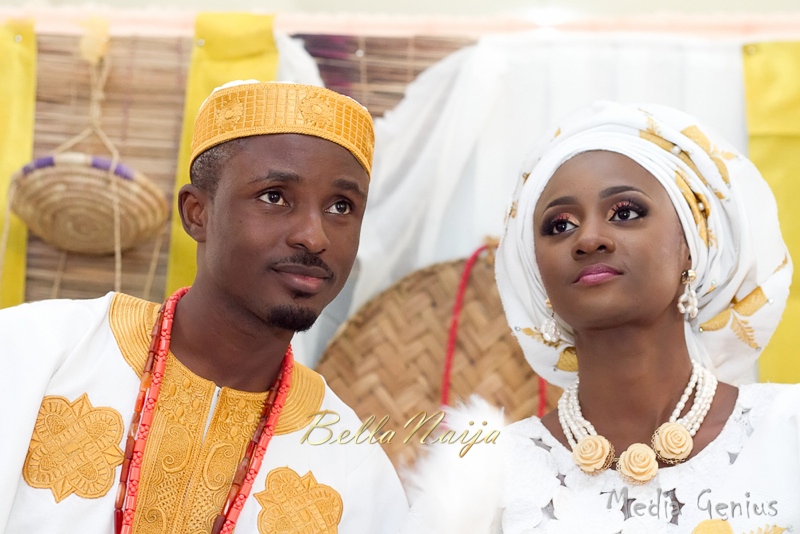 BN Weddings: Now, at what point did you decide to remain a virgin until marriage?

I had just completed the 1st term in my final year at King’s College Lagos. At our time, the 2nd and 3rd terms in SS3 was when boys usually ‘lost it’, as we were very close to the commercial sex workers hub on Victoria Island; Sanusi Fafunwa street, Adeyemo Alakija, Kuramo Beach/lodge, YNot etc.

Then I remember getting home that Christmas holiday and being whisked away by my mum to a youth camp in December 2001- Camp Joseph, organized by YDi-Young Disciples International. (God bless Christian Mothers)! This was where God ‘caged’ me. I’d save the long story of how I sort of felt hypnotized by Him for maybe when I write a book, but on the final day of camp, I got into what is known in YDi as Covenant of Purity (COP) and that was how I began saving myself for marriage. Now I must say it isn’t entirely dependent on that, as there are a few who did or have done likewise but didn’t hold on till the end, so it’s my decision plus a whoooooole lot of God’s grace that kept me till the end! 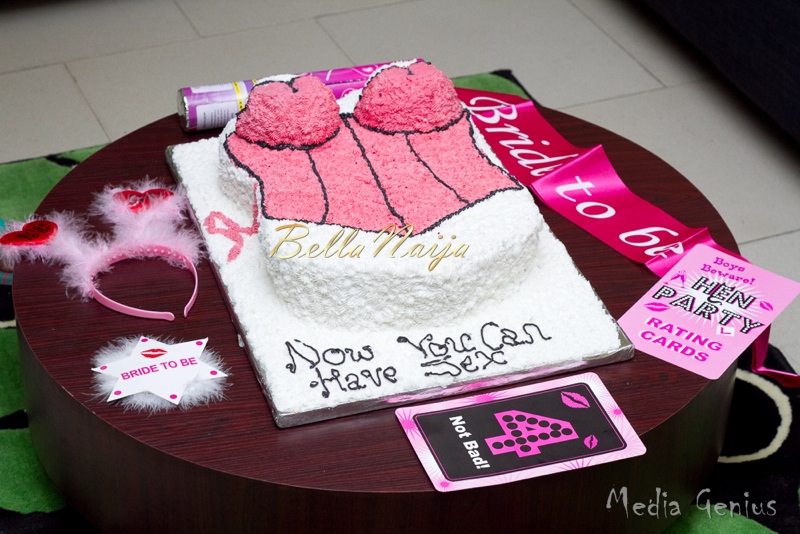 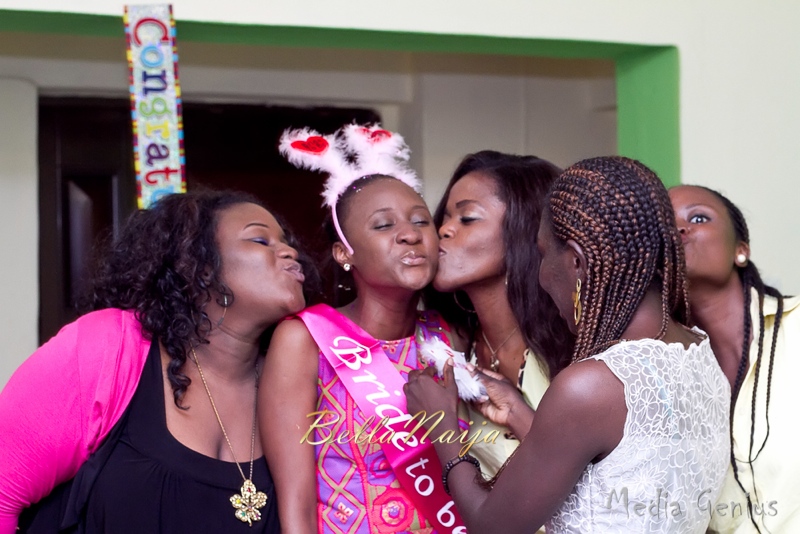 Funto at her Bridal Shower

BN Weddings: Was it important for you to have a virgin partner too?

Yes it was, though not as an absolute. Not everyone who isn’t a virgin is promiscuous, and there are folks as well who have not-so-good pasts but have turned a new leaf for real and now live decent lives. So there are peculiar circumstances I might have strongly considered, but I certainly would never have settled for someone who just for the heck of it was ‘grooving’ while I was waiting.

BN Weddings: How did the conversation come up with your wife (then girlfriend)?

Well, from time, anytime I got close enough to a girl or liked her and saw there was a chance she could be the one, I’d always bring it up, first, to make my stand on premarital sex clear, and secondly, to know where she stood.

And so as I’d usually do, I brought it up during one of those BBM chats and of course, we were of the same mindset. Fortunately, she also entered into a Covenant of Purity long before we met. 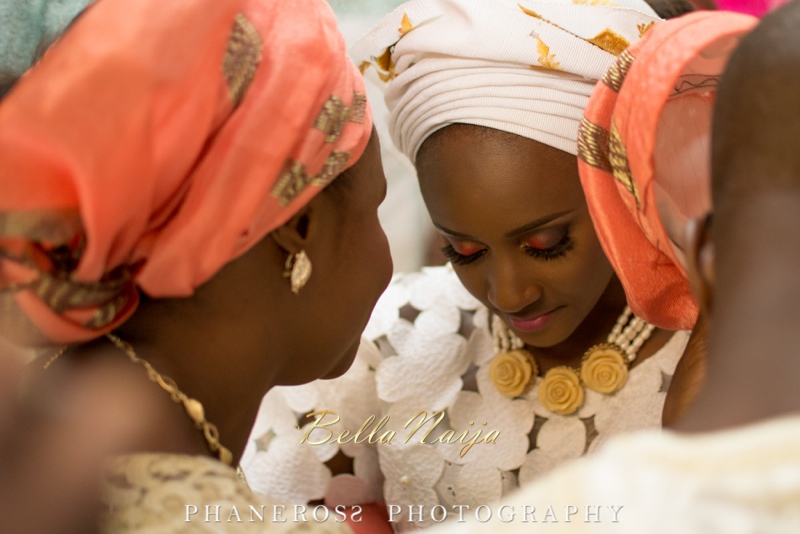 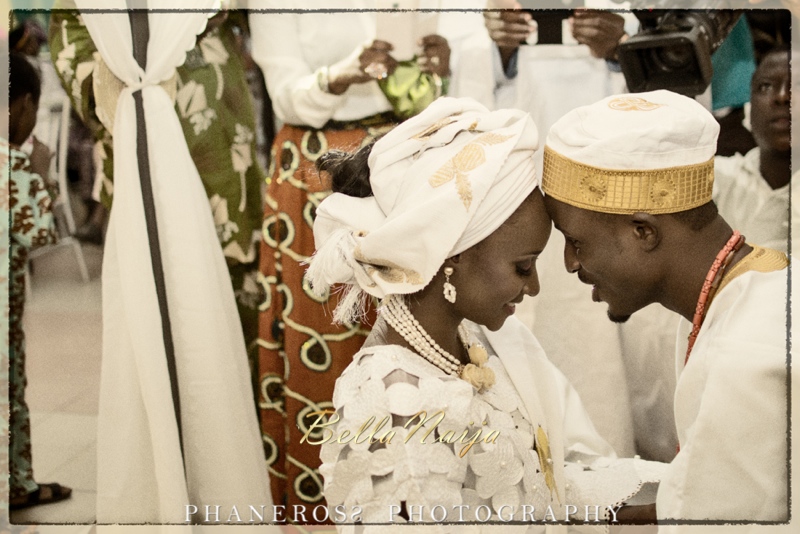 BN Weddings: How were you able to stay accountable/celibate during courtship?

Oh boy! It was tough!! Especially when you’ve got such a beautiful woman, and the boy too is very alright 🙂

Those that save even their first kiss till the altar are the real MVPs though… We didn’t.

We tried our best not to stay alone for too long in secluded places, we avoided sleeping at each other’s place overnight as much as possible and we had mothers (hers and mine) who kept us really accountable; when they noticed some form of unusual closeness between us, they called us to order in a subtle yet firm way. 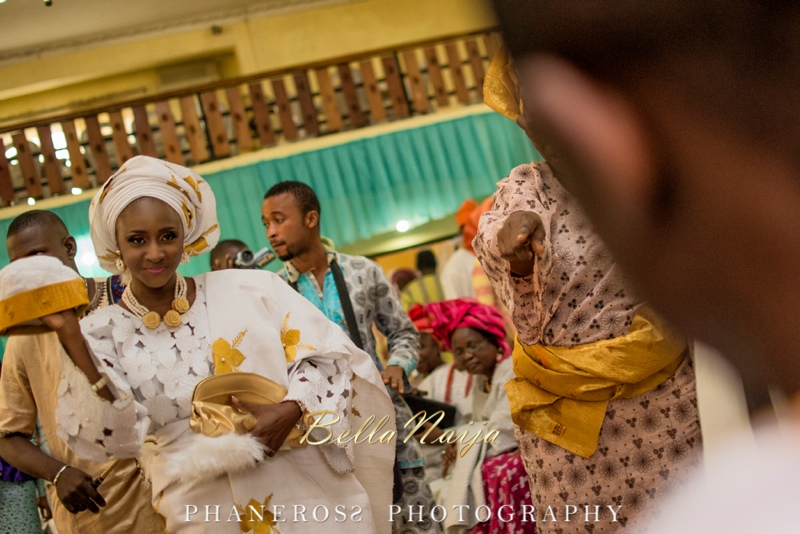 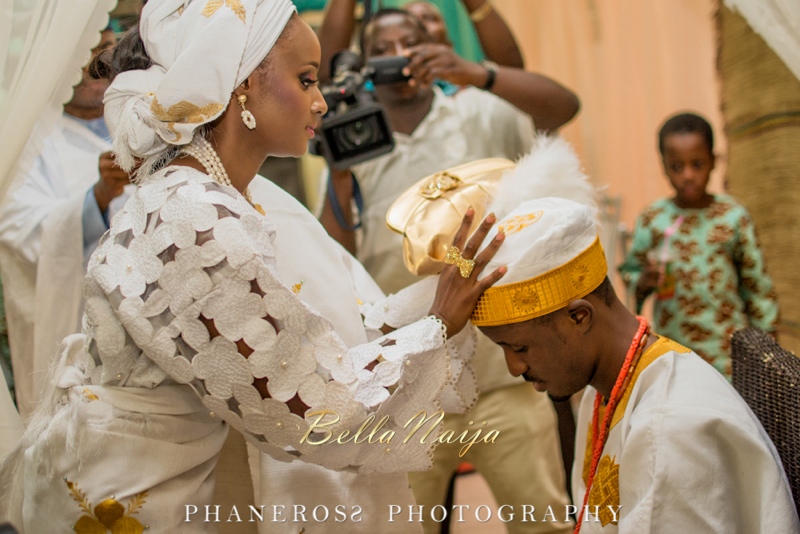 BN Weddings: Was it worth the wait or would you change anything?

It was definitely worth the wait! The way my wife and I have been physically intimate, open and mutually vulnerable without any shame or drawbacks, I can’t imagine being this way with someone I haven’t made a lifelong commitment to. Then, we’re also not comparing our experience with anything in the past as there’s none, there’s a clean slate to build on! 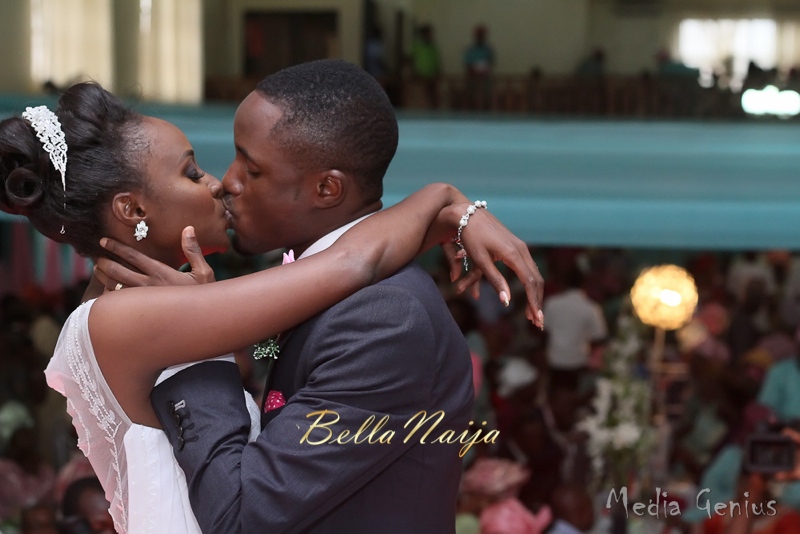 BN Weddings: Any advice for others seeking to take this route?

You need God oh, especially if He’s a major reason you decide to wait. It’s not easy, but what I always told myself was that He’s not a slave master, if it’s in His Word then it’s possible, and it definitely is in our best interest.

I’m not certain but I think it’s probably easier when both partners have been waiting; it’s more difficult to wait once you’ve started. But even if your partner isn’t a virgin, if he/she respects your stand and as expected, loves you, then he/she can still stand with/by you and wait as well even if only to support your decision. 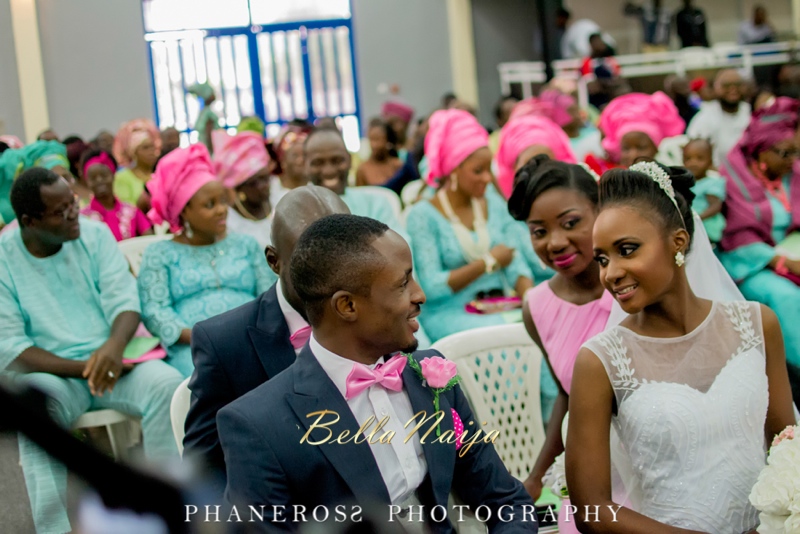 BN Weddings: Last but not least… What was the motivation behind your famous statement on Twitter?

I’m sure you mean the “I’ve got 28 years of virginity to pour into one woman” post. It was actually one of a series of tweets I posted after reading a portion of ‘Church Shift’, a book by Sunday Adelaja. The thoughts shared via my tweets that morning ranged from the essence of the Church, to the very limited social relevance of today’s Christian music particularly in Nigeria. So, that particular tweet popped out while I was suggesting how a Christian artiste could, in a subtle yet clear way, promote the message of abstinence before marriage. I had said one could do a song about how he/she can’t wait to get married, so that he/she can finally have sex; that preaches abstinence without being direct. And then I personalized it and said “that’s me right there, I’ve got 28 years of virginity to pour into one woman!”

And now… the pouring has begun!

Janay Rice reveals She Doesn’t Feel Like a Victim, It Was the 1st & Only Time Ray Ever Hit Her & More in ESPN Interview