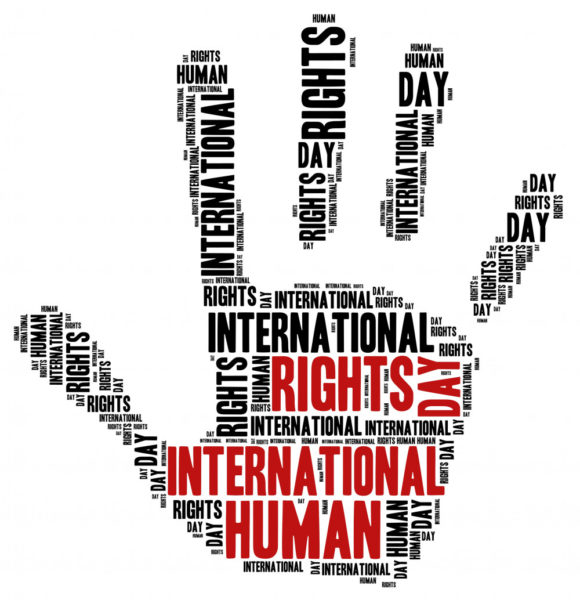 A few months ago, I got the sad news that my friend Yara, an Egyptian, has been convicted by a court in Egypt, and sentenced to 3 years imprisonment, for protesting in the streets of Cairo. I felt really sad to hear this and could not help but have with nostalgia, fond memories of the months we spent together while studying for our Masters degree at the University of Notre Dame, in the United States.

I remember our weekly “dates” where Yara would come to my flat every Monday night from her flat downstairs and I would make us cups of hot chocolate, before we sat in front of my laptop to watch a rerun of Desperate Housewives, together for about an hour. After that we would excitedly analyse what we had just seen and wait in anticipation for the next episode the following week. That is just one of the examples of how we spent our year in a country where we did not have our families with us – we had to make each other family (people from different parts of the world) and went through the year together.

I remember Yara telling me about how she felt it was sexual harassment that some men in Egypt grope women as they walked along the streets, especially in the market place. Actually, I never saw it that way until she mentioned it – those Yaba market traders in Lagos easily come to mind, with the way they harass ladies who come to the market to buy stuff. In a bid to convince you to come to their shop to buy their second hand clothing, they would touch you, drag you and block your path or even “tap current” from your butt or boobs. Many times, I have seen lots of women screaming their heads out at them and cursing them. Now I digress… but this is about respect for the dignity of a person, which is a right. A woman, who has been groped by a stranger, would not feel dignified after such experience just because she came to the market.

I remember one day Yara coming into the common room where we hung out to eat, wearing a pink tee shirt that had the inscription “I am a feminist” on it. Then I admired her courage at being called a feminist then (which I proudly am now that I understand the concept more). Most of all I remember her beautiful dimpled smile that lit up the room whenever she was happy. Now I cannot imagine how she must feel being locked up for the next 3 years, for fighting for what is right – freedom for herself, other women and her country’s future. She is just one of the many defenders who have to pay the price for freedom.

Human Rights and realization of freedoms has had a very long history since the existence of the world, as we now know it. Many people all over the world have spoken against injustices that occur in their societies, and gradually, things started changing. I must say that we have come a very long way from the period where human beings were treated as less than animals; forced to fight unarmed, with wild animals at the Colosseum arena, for the entertainment of the elite, in ancient Rome; the period of slavery and racism (the latter which is still in existence unfortunately) in the United States; the period when human beings could eat other human beings and see it as normal, what about the holocaust where millions of Jews were killed and treated inhumanely, just because they were Jews. The list goes on and may not end if I continue mentioning them.

There was actually a time in so many countries when women were not allowed to vote, neither did they have voices. Women driving cars then was seen as strange; I bet the first time Mrs. Olufunmilayo Ransime-Kuti, who was the first woman to drive a car in Nigeria, drove her car around town, there must have been some anger by some, at the gall of an “ordinary woman” driving a car. She was a women’s rights activist who challenged the colonial government with regards to issues of women during her days. Then a few years later, her activist son Fela Anikulapo Kuti, the musician took over from her and challenged the government at every turn, especially during the military regime. His outspokenness against government policies, which were against human rights, annoyed the military government in the 70s and 80s, which led to several attacks on Kalakuta by the police and army. Some thought he was a crazy weed smoker, but he made his mark during his days and whether we like to admit it or not, he was a human rights activist.

So many human rights activists, some known and some working behind the scenes to ensure that we live free and have our rights respected have continue to work tirelessly even when it seems like nothing is changing. There is late Chief Gani fawehinmi- who died disappointed in his country, Chief Femi Falana, Prof. Chidi Odinkalu, to mention a few. We may not know, and sometimes human rights and its realization is undermined, with comments like “there is nothing like human rights”, “which rights are you fighting for, stop deceiving yourselves” etc. but progress is being made everyday, no matter how small or even unnoticed it is. It is still progress. Look at how far we have come through the years and you would know that there has been progress.

Today marks another International Human Rights Day in commemoration of the adoption of the Universal Declaration of Human Rights, 66 years ago. This foundational document has been referred to as a milestone document in the history of human rights and has led to the drafting and adoption of other human rights instruments that are more binding on countries. The theme for this year’s International Human Rights Day is “Human Rights 365”- which means that everyday is human rights day. Everyday we can live a life of equality, dignity and freedom. Let us also remember all of our defenders, who have fought over the years for the realization of these rights and freedoms most of us enjoy, we should remember that someone in the past, present and future, fought for, is fighting for and would fight for our rights.

Bukie Iwajomo: Seven Tips to Get Your Business in the Holiday Action