Berry Dakara: How I Gained 20 Pounds in 1 Year 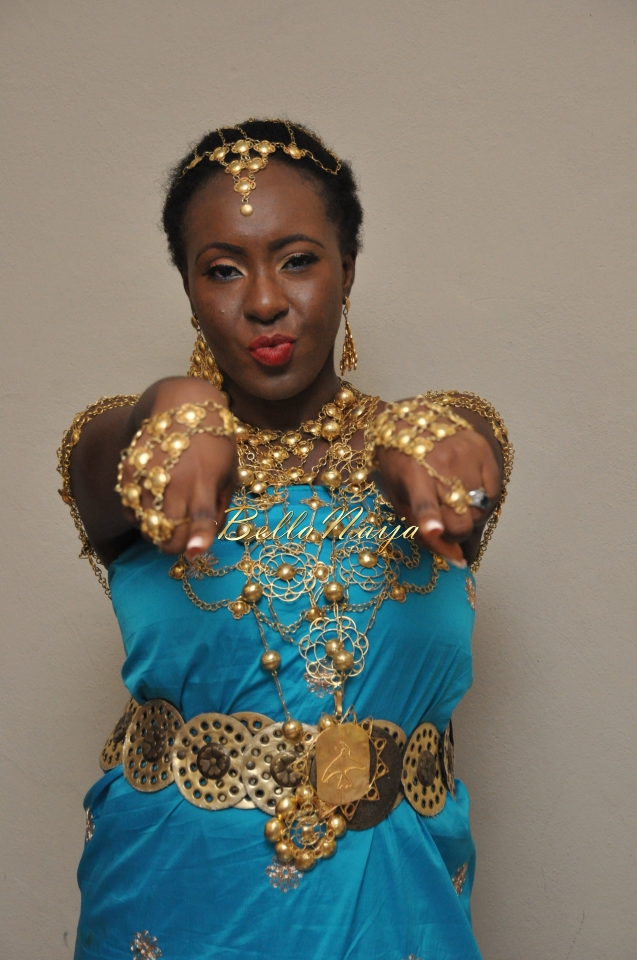 DISCLAIMER: This article is not meant to serve as a pity party. It’s simply a reflection of my thoughts and experiences in the past year as I have gained close to 20lbs (about 9kg).

During my wedding festivities, I was at the smallest size and weight I had been at for a while. Two years before that, in 2011, I had just left NYSC camp and suffered a bout of malaria where I thought I was actually going to die (it really wasn’t that serious, but bear in mind that I hadn’t had malaria in almost 15 years, so it felt like a completely new experience). Anyway, after the malaria illness, combined with camp, I lost a lot of weight. My aunt who saw me that Christmas even joked about going on a “Malaria Diet.” Through 2012 I mostly kept the weight off, exercising here and there, eating healthy here and there, without putting much thought into it.

By mid-2013, my weight started creeping upwards. Some people say when you’re happy you start packing on the pounds, so I mentally shifted the blame to my relationship and subsequent engagement to Cakes (my husband, the cake baker/designer). Maybe it didn’t help that I couldn’t get enough of his fruit cakes, which I personally think are the best ever. But I had a wedding to plan and a dress to fit in, so when the TW Magazine Fitness Challenge 2013 called for applicants, I quickly applied and was selected. For 3 months, I tried to stick to the fitness challenge program, and while I didn’t give it my best, I was able to lose some weight and get leaner. I didn’t reach my goal weight, but I was not too far off, so I didn’t beat myself up about it. The wedding came, passed and I settled into married life.

During the fitness challenge, a couple of the participants warned me to keep up with exercising and watching my food after the wedding, because apparently people tend to gain weight after they’re married. I listened with one ear and didn’t pay too much mind to them. I figured that if I gained any weight, it would be about 5 pounds or so, which should be easy to lose, right? Well, it’s been a year since our lovely wedding and I’m ashamed to admit that I am 20lbs (a little under 10kg) heavier than our wedding day. And no, I wasn’t pregnant at any time in that time frame. Yes, more than one person asked if I was pregnant. (PLEASE friends, STOP ASKING PEOPLE IF THEY ARE PREGNANT! It can be very embarrassing to you and her).

Anyways, 20 pounds in one year?!?!? How? What was I eating? Or drinking? I can’t even begin to explain. I first noticed the weight creeping up on the scale. I wasn’t worried about the first 5 pounds. But then another 3lbs came on, and then 2 more. Little by little, the numbers went up, my clothes got tighter and tighter, my tummy, arms, thighs became more pronounced and jiggly.

My confidence started taking a beating. On my blog, I wrote with a positive, happy-go-lucky attitude, and even joked about the weight in a few posts. At home though, Cakes had to deal with a wife who would look at herself in the mirror and cry before outings, because none of her clothes fit anymore. No matter how many times he tried to cheer me up, I just felt less and less attractive.

The drop in self-confidence, and sadness over letting myself go only made me turn to food more. When I felt down, I ate ice cream to feel better. If I was upset about one thing or another, I bought a doughnut to feel a tiny bit happier. The funny thing though was that I forbade Cakes from bringing any cake home.

While I was not letting my husband’s business contribute to my weight, I overlooked the fact that he’s a great cook who likes everything fried! I ate the fried foods with him, jumped on him when he brought ice cream home, drank more wine than ever because “ooh, it’s a nice romantic evening in.” Even he started gaining weight and I got on his case. After a point, I started admonishing him for buying soda, or the odd chocolate bar. I would “report” him to anybody who listened, that he was making poor nutrition choices. The truth of the matter is I focused on his weight because I didn’t want to deal with mine. I wanted to find anybody else to blame but me.

It all came to a head last month. Kate Henshaw was our celebrity co-host during the TW Magazine Fitness Challenge. During the program she would periodically send messages to motivate us to keep on track with our exercise and healthy foods. Because of this, I was petrified of running into her (and Mrs. Adesuwa, owner of TW Magazine) after the wedding.

Unfortunately, Lagos is not that big and you can’t hide forever. I was at Shoprite with Cakes when I spotted her and before I could turn around, she caught my eyes. I was happy to see her though and ran over to say hello. Let’s just say that by the time I left, I had been given a firm talking to. She wasn’t even trying to hear my “Blame-it-on-the-baker” song, because my body was/is MY responsibility. Ms. Henshaw does not play with health, and she was disappointed to hear that I had stopped exercising and eating properly. Well, even though I was mortified that day, it was the wake up call I needed.

That encounter was just before the New Year started, so it was easier for me to tack on “Weight loss” as one of my goals/resolutions for the year. I have started exercising again, and my food intake has included more fruits, vegetables, non-fried foods, and NO SODA OR EVEN FRUIT JUICE AT ALL!!! And, it helps that most churches are fasting right now (LOL).

It’s just the second week of the year, but I’ve lost 4 pounds already. It’s not easy, but I’m trying to zero in on exercises that I actually enjoy, so that I can be consistent.
Why am I sharing this so publicly? I don’t know exactly. Maybe I want some form of radical accountability. Maybe there’s someone out there who has gained weight too, feels bad and thinks he/she is all alone, and I want to tell them that it’s not the end of the world. Or maybe I’m just sharing my experience. Whatever the reason is, my struggle is out there in the open now. Wish me luck, squats and the ability to like push-ups.

Oluseyi Adebiyi: The Value of One Nigerian Life

Berry Dakara is a Lifestyle blogger (http://berrydakara.blogspot.com) who shares her thoughts on anything and everything from marriage to friendships to faith, and other random topics. You can find her on Instagram, Twitter and Facebook - @berrydakara. She's also a weekly contributor to the African Naturalistas, a natural hair website and consultancy dedicated to teaching healthy hair care practices.