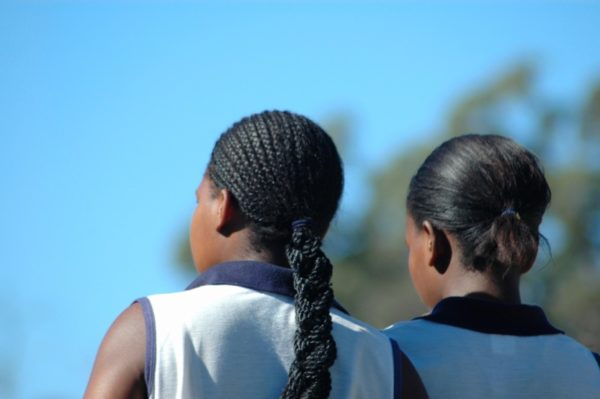 “Hey Sarah, how do I look?” Pamela asked, turning to check her back-view in the mirror.
Sarah chuckled. “You know you really don’t need that mirror. All you need is to look at me and you would know.”

Sarah didn’t observe the tightening of Pamela’s lips at that comment. To her, she was merely paying tribute to the spitting image of the other that each one was. But for Pamela, the fact that they were identical twins was exactly the problem, and her sister’s comment, a case in point. She’d spent the entire 25 years of her existence living in her older twin’s shadow. For all intents and purposes, they appeared the same- same milk chocolate skin, same shoulder-length black hair, same 5ft 7inches and size 8 body type, same facial features save for a little scar on Pamela’s brow bone which she incurred after a childhood injury. That scar was their only distinguishing characteristic, and prior to that, even their mother had difficulties telling them apart.

But that was about it. Sarah was as mild-spoken as Pamela was talkative; Sarah as organized and dutiful as Pamela was spontaneous and defiant; they were as different as night and day; and in that peculiar arrangement, parents often unconsciously, chose sides. Both girls were brilliant, but Sarah was the model child because she was more pliable, and followed in her dad’s footsteps as a lawyer. Pamela on the other hand, hadn’t decided on what she wanted to do with her life. Her interests mutated like the weather ranging from acting to photography to film-making; none of which her parents supported because those vocations weren’t considered “befitting,” in her father’s words.

“Can’t you see your sister? Didn’t you two come from the same womb?” Their mother would often ask. “And please don’t mention that acting thing to your dad again, he does not like to hear it.” The woman winced as she said this, clearly uncomfortable with the prospect herself. Pamela merely smiled.

Her parents didn’t understand that the more they threw her sister’s perfection in her face, the more she rebelled. She despised her sister but never so openly, for how did one hate on someone so docile? No matter how Pamela snapped or scowled, Sarah always seemed immune, as though removed from the petty emotions of mere mortals. She would simply smile and shake her head, and this further aggravated Pamela up until Paul walked into their lives. When he did, Pamela’s hate thermometer shot up from strong dislike to pure molten hatred towards her twin.

Paul wasn’t even her type but because her entire family was hung up on his Fortune 500, Ivy League educated “ass,” Pamela bristled with envy. Their father couldn’t be prouder that Sarah- his pride and joy- had brought such a great catch. Pamela cringed every time she watched her father drool all over Paul like he did at that moment. She imagined that Paul’s head suddenly became a python’s and gobbled up her father’s massive lips which looked like they would soon break from unnecessary smiling. She remembered the dismissive glance he’d given her several months back when she brought home her artist boyfriend, and she stabbed the piece of meat on her plate so hard, the two men turned in her direction from where they sat in the living room opposite.
“Pamela, is everything alright?” Her father asked.
“Yes dad, please carry on.” She replied before getting up to leave the dining table.
She had to get out of the house before she choked; the entire place stank of wedding talk.

***
Sarah sat on the edge of the bed, clutching a baby’s pair of shoes which she had purchased on a whim. These days, even the most mundane baby items made her insides churn. Paul sometimes had to literally pull her way from baby stores whenever they shopped together. It had been three years since the wedding, and she and Paul had been trying for a child but it hadn’t happened yet. She’d been told not to worry, it was just three years; but worry she did. She longed to hold that little body in her arms, feel his tiny breath against her heart, watch his little feet patter across their wooden floor. She sighed before stowing away the shoes in its original pack and letting herself out of the mint green baby’s room. She needed to run some errands and make it back in time before Paul returned.

As soon as she stepped outside, she saw Pamela walk in. “Hey twinee, wasn’t expecting you today. You good?”
“Yeah, sure. I was just down the road at Madam Osaka’s, so I thought I’d pop in and say hi,” Pamela replied.
“Oh yeah? How is she?”
“You know the woman, always great.”
“Well, you caught me at a wrong time, I need to head out briefly before Paul gets back. Or would you like to tag with me?” Sarah smiled.
“No please, this body is too tired. You just go, I’d be right here when you return.”
“Ok, I shouldn’t be long.”

***
Pamela walked around the familiar house picking up photo frames and imagining what it felt like to walk in her sister’s shoes. How could her twin’s life be so unspoiled, her timelines falling into place seamlessly with a gorgeous man on her arm while she, Pamela, struggled to keep a date beyond three months? Her wandering took her into the couple’s bedroom and towards the wardrobe where she picked up a shirt dress she’d seen her sister wear. As an afterthought, she decided to try it on. Feeling adventurous, she grabbed her makeup purse from her bag, and proceeded to conceal the scar on her brow bone.

“Hey, look at me! I’m Sarah and I’m uuuuuugly.” She continued to prance around, making faces in the mirror. She didn’t know when Paul came up behind and wrapped his arms around her waist.
“Hmmm…I haven’t seen you in that dress since Paris,” Paul mumbled while planting kisses on her neck.
Pamela froze for a second but didn’t stop it.
“You remember how wild and free we were? Before all the time-tables?” He continued necking her.
“Maybe I can remind you,” a light came on in her eyes as she turned and tugged on his belt.
Instantly, Paul carried her towards the bed, unfastening the last button that held the dress in place. In subsequent minutes, Sarah would walk into her house after seeing Paul’s car in the driveway, and head straight for their bedroom where her eyes would meet her sister’s conceited smile, and a stunned Paul who would look back and forth from one image duplicate to the next. Sarah’s legs would give way, and her body would crumple to the ground.

***
It had been a whirlwind year and Sarah didn’t understand how she was still breathing. Maybe she could have forgiven her sister’s betrayal, but when Pamela announced that she was pregnant – pregnant for Paul, her husband – Sarah died a thousand deaths. Their father disowned Pamela. For many months, she and Paul were separated; she didn’t see how they could survive this, but Paul was like a man deranged refusing to live without her, and somehow they found the light again. But just when they thought they might put the past behind, the gods played another one on them. Her sister died a few days after delivery due to complications, and her last words according to all accounts were Sarah’s name, and the words “I’m sorry,” and “the boy is yours, Sarah.”

She fought it but after all said and done, today was the day the boy arrived, and Paul had gone to bring him home. It was his son after all. Sarah’s mind was made up. Love could never exist within her for that child; a nanny was already on hand to cater to his needs; and she would ensure that as soon as he could tell his left from his right, he would never forget the wickedness that had birthed him, making certain that he always knew how lucky he was that they took him in.

The boy had been home for a week before Sarah decided to see for herself. She had given strict instructions to the nanny to keep him out of sight, confined to the small guestroom that had been designated for them both. As soon as she got to the door, she stopped. She was hesitant to go in but she couldn’t make herself leave just yet.¬¬ It was the sounds that came from the cot; gurgling sounds that struck on her heartstrings, sentiments she hadn’t felt in months.

She shouldn’t be here; she should walk out now; that boy was the representation of everything that went wrong in her life. But like a magnet, she found herself being pulled towards the little brown cot, staring into the white irises of a very healthy baby. Upon seeing her, the child flashed a toothless grin, and Sarah felt her heart tug. Unwittingly, she lifted a finger in his direction and immediately, the suckling latched onto it, grinning some more. Sarah didn’t know when her lips split open, her chest heaving slightly at the sounds that emanated from her. For the first time in many months, Sarah laughed. The child would remain her only source of maternal joy for many years.

Isio Knows Better: On The Way To Zanzibar, I Mused & Coughed