Atoke's Monday Morning Banter: You're Not Moving to SS3 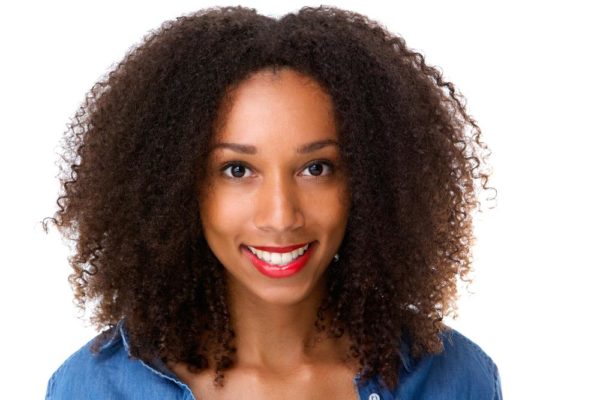 Back in secondary school, one of the things that scared me the most was the idea of repeating a class. I don’t know why. Okay, I lie. I know.

I was afraid of my Daddy!

I mean, how would I go to Lagos at the end of the year and say “I’m repeating” It wasn’t even a thought I entertained because it only just led me into a dark, never ending hole. It was bad enough that there were subjects that I was not doing well in, like Intro Tech – with comments like “There is a lot of room for improvement”; and things like Yoruba, where the teacher once wrote “O fi’di re’mi”. (It’s translated to “She failed Yakata”). With comments like that I was already getting heavy sanctions during the holiday, so, that failing enough to be asked to stay back in one class…in order to preserve my life? Yeah! I had to do WORK VERY HARD! My daddy wouldn’t take “I was always going to find a beans-grinding mill that used petrol, instead of electricity, at Basin gate”/”I was always going to buy meat at Ipata market” as an excuse.

I saw people who repeated, and came back to school – alive and smiling; and I thought “They have nice Dads”. In fact, some people had been repeating since primary school! I envied their parental relationships from afar. I don’t even know what my father would or would not have done… but it was safe not to find out!

As an adult, I have a completely different perspective of failing and repeating a class. (Yeah, easy for me to say huh?) I don’t think failing and repeating is a terribly bad thing, and I’ll tell you why! One of my very good friends failed Company Law in year 5 and it put a large strain on our relationship. Failing Company Law in year 5 meant she wasn’t going to Law School with us. This meant she wasn’t going to be called to the Bar with us. This meant she was going to be our junior at the Bar. Yada! Yada! At that time… this was a huge deal. In retrospect, it seems so trivial. I can count, on one hand, how many of my friends are actually practicing litigation – where the seniority is an issue. However, my friend retreated into her shell, changed her numbers, and became incommunicado. She didn’t ‘come out’ until she was called to the Bar. The effect of her failure on her was probably as big as my fear of father’s wrath.

But failing, and repeating is not the end of the world. Repeating at a task gives you a chance to do it again and do it better; that is if you’re someone who has a sense of purpose and direction. There is a lot to be said for being held accountable for everything we do. It helps us to work harder, do better and BE BETTER. When I failed my A Levels, I was devastated. Surprisingly, my Dad didn’t kill me. In fact, what my parents did was more shocking. Because I was so overwhelmed with shame… and a determination to do better, I opted to re-do the exams. Le Parents, then enrolled me in the best school for Cambridge A-Levels at the time. (It was three times more expensive than the first school) So, unless I wanted to die for real… I had no choice but to clear the exams. I studied very hard – depriving myself of TV, outings and sleep. My goals were clear and I was very focused. I aced the exams.

Last night, my friends and I were talking about the fact that students in the UK are not allowed to repeat a class. Because out here, the system is big on positive reinforcement, they just move all children to the next class. They don’t say oh you flunked this course. They say, your strong points are XYZ, and our next focal area should be ABC. The students are separated into’Ability Sets’ but that’s it. They’re ushered up the ladder till they’re cut down by the mighty hand of GCSE. That’s when the wheat is separated from the chaff. A child who has not been acclimatised to failure is then presented with this rude shock – which, in my opinion has a more damaging effect. Where does he/she then start to trace his steps?

The passing and failure bands helps to know your strong points, and the parts that need work. As members of the work force, the availability of accountability means there’s something that helps you improve yourself. So, you know that if your assessment at work last year was bad, you can focus on the things that need improvement. In the race of life, you can’t afford to keep looking at the other runners – thinking ‘Yepa, they’re reaching the finish line before me‘. Sometimes it’s about your strength, your stamina and self-accomplishment.

And if you fail, you can always dust yourself up… and try again. Because that’s what awesome people do! It’s okay not to move to SS.3! Maybe staying back in SS2 is what you need to meet that person who would change your life forever! Okay, now I’m beginning to sound like those motivational speakers. Let me go and get ready for my day.

Have a fantastic week ahead! Whooop! It’s pay week, yo!

Get Amazing Smart Technology, Audio Visual Design and Installation for your Home/Office with Woodstock Electronics