Itunu Taiwo: Silly Things I Did As a Child 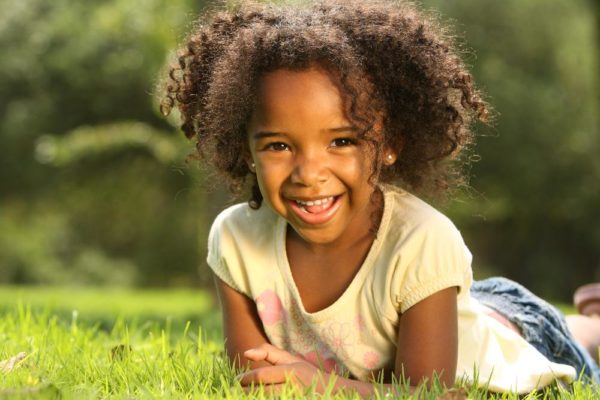 Have you ever looked back at your childhood and wondered, “What was I thinking?!” Or ‘Really?! I did that…,unbelievable. or ‘Oh yeah, I was just being me.”

Well, here are a few things I still remember doing and some never get old.

Sneaking to lick Morgan Hair Cream: When my mates were licking toothpaste or ice-cream, I was busy licking weird things like hair cream. It just tasted sweet at the time but seriously, what was I thinking?

Crying to get attention: Now this doesn’t get old. There was a time a friend even taught me how to put Robb beneath the eyes to induce tears. Just look around you. Kids even try to pull a fast one on us.

Being an imaginary superhero: I think I watched too many superman cartoon and movies that made me think I could somewa somehow fly and not get any part of my body broken.

On this fateful day, my brother and I had decided to jump from our upper double bunk in the room unto a large bed on the other side of the room. We however forgot to add the dynamics of the ceiling fan which could slice through our forehead if we were not careful. Trust the gurus like us. We had been doing it for a longtime. The day of reckoning finally arrived and the unfortunate one was our friend who had decided to follow our imaginary superhero status and jumped with us.

He got wounded obviously, and my brother a.k.a leader got whooped severely because his family brought him back to the house to report how the boy who was looking okay before got a slash on his forehead.

That was a lesson for all of us. I wonder what we were thinking. Kids ignore obstacles. They see everything differently. Trust me on this. No grown up in his right mind will pull that kind of stunt.

Waiting for the long hand on the clock to reach 12: Telling the time was hard for me and so was multiplication tables that extended to 9. I really did not understand the reason why there were 3 hands on the wall clock and why the long hand on 1,2 or 3 was being interpreted as 5, 10, 15. The mechanism seemed too complicated for me at the time.

The slaps I got from my mother is a memory never to be forgotten. Hot abaras that got my nose drooling and eyes swollen with tears. I cried ehn.

And she was a teacher. Teachers do not like their kids failing. It was like a taboo.

I had been told to go and check the time after she saw my homework and how I had done well in the clock assignments given to me. The next thing I knew…

“Go to the parlor and check the time for me.”

I trembled at the huge task.( It looked like one at the time)

Ah! Time ke. Oh God, please let it be an o’clock. Because the only time I understood was the o’clock. 1 o’clock, 2 o’clock and so on. What if the hand was on 4 or 5. What was going to happen to me.

That was how I kept standing there waiting for the long hand to get to 12 till I got caught red-handed. The beating I got while my mum drilled it into my ears was the kind of teaching I would never forget.

After I was instructed to get the clock from the wall, the teaching began.

If I didn’t get it, another *abara at the back. Till I got it right. Serious homeschooling naija style.

The same happened with Roman figures but she was nicer. Mathematics became a favorite subject in primary and secondary school till it got complex in the University when she had little or no say in my choice of course again.

Wrestle with the boys a.k.a my brothers: I think my growing up amongst boys had a lot to do with this because I don’t think I saw wrestling with boys as an issue till I started growing up and I was told to start acting like a girl. We watched wrestling a lot(anyone remember Bret Hitman Hart, Shawn Michaels, The Undertaker, Stone Cold aka Steve Austin, John Cena, Hulkhogan, British bulldog, Hunter and so many more.., it was so much fun) and we practically ignored the ‘Kids, do not try this at home’ instruction after each show.

I think it’s normal for kids to ignore instructions. Maybe there’s just a reset button in their brain somewhere that just ignores it completely. And then, the likes of Samurai X which made us spend more time with the TV came up, we grew up and before we knew it, the wrestling stopped.

Oh well, it was fun while it lasted.

What silly things did you do as a child that got you whooped or makes you laugh and shake your head like, “Really? What on earth was I thinking?”

*abara: A term in the yoruba dialect which could be interpreted as slap on the back or spanking.

Nicole the Fertile Chick: When Your IVF Cycle Fails

Itunu Taiwo is a pharmacist by profession and a God lover by heart. Her love also extends to story writing, books, music, movies and well fused teabags. Catch up with her at myglowingscenes.com where she writes on love and life. You can also connect with her on Twitter and Instagram @glowingscenes