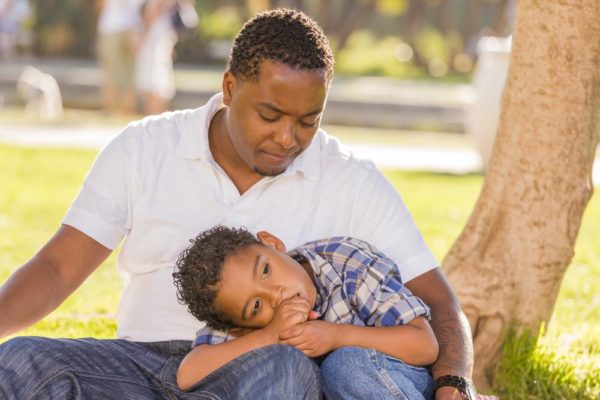 It still feels like yesterday, when we received the results from the pregnancy test and it was positive. Wow! “I am going to be a father”, I thought in my heart. I began to imagine what he or she would look like, and how our relationship would be.

I have been raised by the best dad in the world, so I knew I had been shown the way and had to even do better. My dad was not perfect like every other dad. I observed some of his flaws as I grew up and told myself I would learn from them and not make the same mistake.

I had no fears. I had waited for this moment for a long time. I remember the first scan we went for as I saw the baby in the womb on the screen of the scan machine for the first time. I had only seen such on TV. Then by the second scan, we knew we were expecting a boy. I somehow knew some years back that my first child would be a boy, (please don’t ask me how I knew) but the sex was completely irrelevant to me as I was going to love my child irrespective of the sex.

On that significant day he was going to be born, I had no emotions. He came 2 months early, because there were some complications and the doctors decided they had to bring him out immediately via Cesarean Section (CS). He had stopped growing in the womb and could die or kill his mother. They had to consult a high-risk doctor to carry out examinations before they could proceed with the operation. I was very new to this, especially in a country I was just visiting for the first time, but I kept calm. It was a very cold winter morning… just two days to the New Year.

I was right there in the operating room as I held my wife’s hand and we chatted while they cut her open. About twenty minutes later, I saw them pull out the ‘young man’ as I officially became a father.

Obviously as a filmmaker, I had my camera on ground and I filmed it. It was the worst and most unprofessional filming I had ever done as my hands were shaking and I was completely engrossed at what was happening. I was gazing instead of looking at my shots to get the right framing. It didn’t matter to me at all, as I saw my progeny lying down in the nursery while the nurses cleaned him up. He barely cried, just a few times.

He was ‘tiny’. Yes, that’s the only word I could use to describe him. He was a premature baby and weighed less than 2kg. I thought he was going to be incubated. The doctors and nurses already made provisions for that, but when the guy started screaming. They knew he was strong enough and didn’t need it. Of course I was glad, not just for the fact that it meant he was healthy, but the cost that God just saved me from *huge gasp*.

He had these cute eyes. The nurses always ‘uuhhhed and aahhhed’ over him, but never failed to mention how small he was.

Then the problem of having a premature baby. His clothes didn’t fit, not even the smallest head warmer. I drove round the city looking for preemie clothing. Even the ones in stock were too small for him. I remember when I finally saw some at a Mothers R Us store and I felt like buying everything. I actually think I did, not minding how expensive they were. The joy of seeing him in clothes that were his size was a huge relief. Even getting his baby food was a problem, as most stores did not have the brand the hospital recommended. Not even Wal-Mart or Target had, and ordering would take 3 days. I cleared the shelves at the store I finally found some after a few hours and over 10 stores.

The first thing you realize when your child is born is that you suddenly realize that there’s no more difference between night and day – except for when you look out the window. You are just as awake or sleepy at both times. The second thing that happens is that you have this huge paradigm shift. The way you appreciate and value your parents changes automatically. You learn to appreciate them more as you begin to experience what they did for you.

My wife and I have made a lot of sacrifices for our child to see that he lacks nothing and grow up the way we want him to grow. It has taken a lot from us but we don’t see those scarifies because the joy he has brought into our lives supersedes whatever it has cost us by far. Just watching him breathe gently as he takes a peaceful nap is enough to take me into ecstasy.

I have seen him grow through the months and it never ceases to amaze me the wonders of God and his creations. When he was 6 months old, the ‘tiny’ baby was already bigger and stronger than babies of his age who were born through natural birth.

Seeing him go through the different stages of growth is an experience I would never trade for anything in life. I begin to wonder how some fathers and mothers miss this in their child’s life. This experience is priceless.

He turned two some days ago and I began to re-live the moments all over again and can indeed say I am truly blessed. He can be a bit too energetic and has cost me some home appliances, but nothing in life can begin to explain the joy of fatherhood.

It can only be experienced to fully understand it.

BN Do-It-Yourself: Personal & Heartfelt! Tinuke Odunfa Shares Steps on How to Make Your Own Valentines Card

Munir Bello: When Men are Victims of Domestic Abuse

Ekene Som Mekwunye is a Filmmaker and Photographer. His short film titled Oblivious won an AMVCA for best short film in 2015 as well as a few other accolades. He also produced the short film 'The Encounter' that has gained international recognition as well s a review on Newsweek. He has worked for Mnet and MTV in the past before starting Riverside Productions which is responsible for creating shows like My Big Nigerian Wedding and DMC world DJ championship. He has a degree in Insurance from the University of Lagos and also studied filmmaking at NYFA Universal studios in Los Angeles. He is presently enrolled for an Executive MBA program at the Lagos Business school.