Munir Bello: When Men are Victims of Domestic Abuse 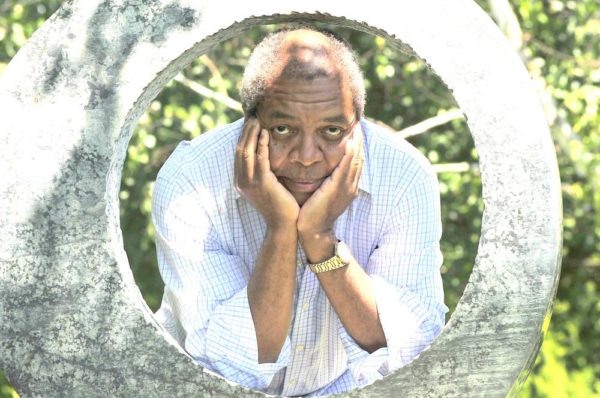 I was conversing with a friend who mentioned that a relative of hers had just gotten out of a relationship with a girl that used to hit him regularly. My friend was shocked about this as she said that he had never told her anything whilst he was still with the partner, she was also surprised as she said that it was alien for her to hear about a woman hitting a man. I told her that it wasn’t that uncommon, just less talked about than domestic abuse suffered by women. At that moment I realised that there was an article to be written on the matter as I had been in that sort of situation with two different women.

We hear about or even see a woman slapping a man in the face but very rarely do we hear about an attack behind closed doors. The first time it happened to me was very surprising. An ex who had moved on with another man asked to meet with me. After learning that I had also moved on, she spat in my face and slapped me repeatedly before reaching for a glass, her intention was to smash the glass over my head but I managed to restrain her.
I never told anyone about it because I found it all very confusing and didn’t know where to start.

The second time that it happened was with another ex who had a drinking problem. She tended to be an aggressive drunk. She got very drunk one night and for no reason just pounced on me, repeatedly punching me in the face, clawing at my neck and punching my ribs (she actually cracked one of them). She threw many glasses at me (what is it with women and glasses?) and I finally managed to restrain her. I told two female friends about it who wanted me to notify the police. I was reluctant because I wanted to put it behind me without prolonging what I thought was unnecessary drama and also because I didn’t want more of my loved ones finding out and more unpleasantness taking place. At the time I wanted to protect my girlfriend from the repercussions of her actions.

In both cases I was calm because it didn’t hurt physically as it was happening. It was the thought of someone who supposedly cared for me doing that to me that hurt. I was in a state of disbelief and surprise. It didn’t really feel like it was happening to me as I imagined that this is the kind of thing that only happens in movies. There was no long lasting damage physically or mentally as I’m no longer involved with either of them.

After the conversation that I had with my friend I decided to speak with some other men who had been in a similar situation to understand why they hadn’t spoken about it to anyone. The first guy I spoke to said that he was married to a lady who used to start kicking him in his sleep until he restrained her. It was a big surprise to me as this guy was 6 foot 3 and very well built. He said that he never did fight back, he also mentioned that although they are not together he still cannot sleep right as the fear of waking up to the abuse still haunts him. He also said that he never told anyone about it as he felt that he wouldn’t have a sympathetic ear.

He referred to a story that was on the internet once about a woman who bit off her partners penis while he was asleep. That story caused a lot of laughter and went viral but then we thought about it. What this woman did was to munch through muscle and cartilage, potentially causing a man to bleed to death but this was considered funny.

The theme continued with more of the men that I spoke to, some felt that they would be belittled for being beaten up by a woman, others felt that the authorities wouldn’t take the situation seriously and most just wanted to move on from it without having to revisit the situation. What was an eye opener in this situation was that all of these men were all far bigger than their partners physically and yet the partner showed no fear in continuously attacking them.

Sadly none of the women wanted to speak with me as I was interested in finding out a few things about them to help shed some light on the matter. It goes without saying that abuse in all its forms is wrong and there’s no shame in a man speaking about it happening to him. But is society aware of the regularity with which it happens?