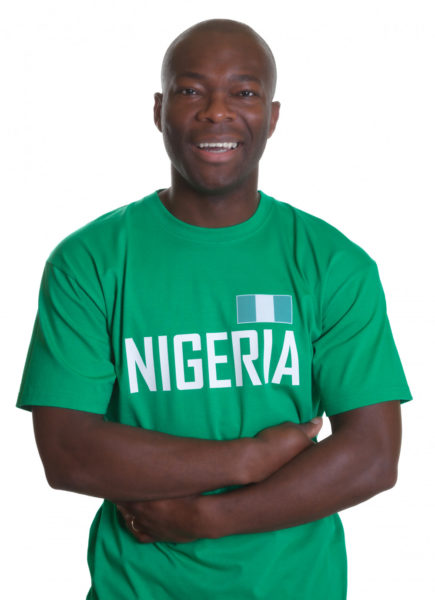 Every time elections beckon, one of the more dominant narratives is the need for experienced leaders. It’s one of the key themes in electionspeak. The idea behind it being that an aspirant, by virtue of having occupied a similar position at a possibly lower level, is better prepared for the rigors of the new role being. This could inform better decision making and judgment.
It was a charge leveled against John Kennedy when he ran for office in the late 50s with some viewing him as merely a pawn acting out his father’s script. About fifty years later, Barack Obama had to deal with naysayers arguing that his lack of foreign policy experience would hamstring him if elected.

In Nigeria, it’s the same argument inversely. People suggest Atiku Abubakar would make a good President because of the 8 years he spent as Vice to President Obasanjo. The argument being that by simultaneously sitting on the sidelines and being involved in day to day operations, he got a firsthand feel of the issues that plague the nation but lacked the sufficient power to effect change.  Similar reasons are suggested by Buhari supporters who claim that having managed the country in the past, the Northerner is well equipped with both the hindsight and foresight to make balanced decisions. Goodluck Jonathan’s supporters would tell you that having been a Deputy Governor, Governor, Vice President and President, he has an unparalleled understanding of the intricacies of the present day Nigerian political sphere and as such is the ideal candidate. They all raise valid points.

However, I respectfully disagree and think “experience” is an overrated concept. Part of this stems because I understand that experience has never really equated to forward thinking, especially in the Nigerian context. “Experience” tends to lend itself to stale ideas and thinking. Being in a certain environment for so long deadens the imagination. It’s probably why the adage that one should change jobs every decade stands.

My cousin, Gbemi is the mother to an adorable 7 year old son. Over breakfast one day, she informed me that while she was in secondary school, she remembers a trip made by Professor Jerry Gana under one of the numerous public office hats he’s worn. In my age of political awareness, I remember the same Jerry Gana being the Minister of Information. At various points, Professor Gana has served as Minister for Agriculture and Natural Resources, Information and Culture, Information and National Orientation and Cooperation and Integration in Africa. Today, he’s one of President Jonathan’s Campaign Directors. The running joke is that though the systems may change, sure as night follows day Professor Gana would be around. Perhaps, he’s lasted so long on the political circuit because he does a great job.
However, there’s no lasting idea or policy implemented by Gana to suggest this. What this says to me is that there’s a culture of safety where that seeks to keep “the boys” happy. It’s the Nigerian equivalent of the “old boys’ network”-  that British concept referring to the self perpetuating elite who use their status to reinforce social stratification.
One member of President Obasanjo’s kitchen cabinet once said to me that the key flaw with that tenure was that “Baba assumed the country was the same as it was when he left in 1979.”

It should go without saying that in the time lag between Obasanjo’s 1st and 2nd tenures, the country became significantly complex with the creation of new states and the transformation from military to civilian rule which would obviously signify that there are more interests to be sensitive to and a different pattern to realizing policy and ideas. What does that say? That all this talk of “experience” lends itself to a pattern of restrictive thinking.

Think of some of the most visionary politicians of the last 30 years and consider the “experience” they had. Babatunde Fashola, the cerebral but elitist Governor of Lagos is one of the most highly rated leaders of the last 8 years. Before coming to office as Governor, he’d spent some time as Chief of Staff to his predecessor, Bola Tinubu. That aside, the vast majority of his working life had been  spent as a legal practitioner. Fashola’s pre-office experience whilst important in that it highlights the value of sideline observation, does not qualify as truly frontline politics. Or you think of Ellen Sirleaf- Johnson who’s been a great restorer in a war torn and Ebola infested Liberia. Much so, that in 2011, she was awarded the Nobel Peace Prize. Prior to her election as President, she had spent the greater part of her life in opposition without holding a concrete political position. She continuously ran for office and lost and the one time she won, she refused to take the seat.

I advocate that the Nigerian political ruling class needs a shift towards the younger generation who will have a stronger evaluation of the zeitgeist. The two major parties in the country are populated by men and women closer to retirement age than childbearing age. It’s oft forgotten that one of the reasons why the Independence movement was so successful was that it was pushed by a core of returnees who were willing to put the education and exposure from studying abroad to good use by aiding the evolution of the Nigerian society. Yakubu Gowon became Head of State at 32. He got married while in office. When was the last time a high ranking Nigerian politician took his first wife in office?

The All Progressives Congress has as its Youth Leader,  depending on who you choose to believe (the PDP or the APC) a 49 or 52 year old man. Taking a cursory look at the rest of the world, the young are being taken with a greater deal of respect and this is best embodied as Simon Kuper highlights, by the fact that the last Nobel Peace Prize was recently won by child rights activists, Malala Yousafzai (17) and Kailash Satyarthi.

In essence, what Nigeria needs is to channel the theses of Ghanaian Economist and intellectual, George Ayittey by evolving from the Hippo Generation of old corrupt, leaders with the vampiric quality of sucking out the economic vitality of their electorate to the Cheetah generation referring to a new generation Africans who believe in accountability, democracy, the free market and brook no nonsense about corruption on whose back “Africa’s salvation rests on.”

In that vein, I advocate that instead of obsessing over who’s experienced and who’s not, the focus should lie on competency. Also, it’s imperative that the political elite alter their dealings with the younger generation by employing them gainfully (Not paying them to be social media voltrons) and also providing a pathway through which those with ambitions of public service can fulfill them.