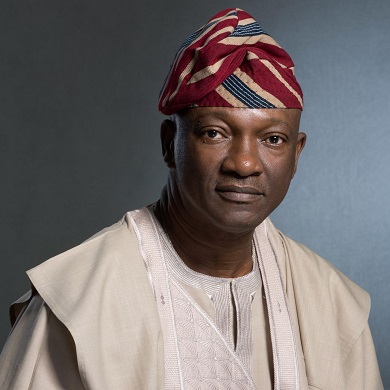 The governorship candidate of the Peoples Democratic Party [PDP] in Lagos State, Jimi Agbaje on Monday called on his supporters to eschew violence ahead of the coming general election.

Agbaje spoke at the PDP rallies in Mushin and Oshodi-Isolo Local Government Areas of the state.

The News Agency of Nigeria (NAN) reports that the governorship candidates in the state, had earlier in the day, signed a pact for non-violence before, during and after the polls.

Addressing supporters at the PDP rally in Mushin, Agbaje who spoke against the backdrop of the peace pact, said that no meaningful development could take place in an atmosphere of violence.

He noted that he was particularly happy that not a single death had been recorded since kick starting his campaign across the state.

He called on party members to continue to be law abiding.

“I want to let you know that there is no reason for us to be violent because whatever the form the coming election is going to take, we shall defeat the ruling party in the state.

Everybody has seen that we have better ideas as a party, let us continue to be peaceful because victory is ours,” he said.

According to him, the APC’s performance in the state in the last 16 years has been far from satisfactory.

Agbaje, however promised to correct gaps created by the APC under his administration, if elected.

He urged the supporters to also vote for President Goodluck Jonathan and other PDP candidates for a secured future.

NAN reports that several PDP chieftains including Olabode George and Senator Musiliu Obanikoro were at the rally.

Box of Condoms Costs N149,000 in Venezuela Due to Slump in Oil Price & Inflation