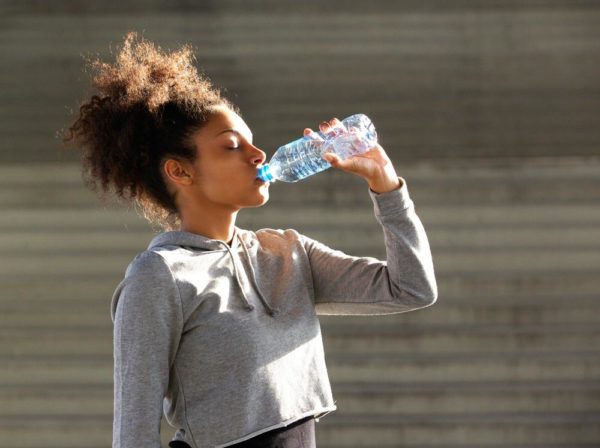 Weight is one of those topics that never gets old.

Men, women, boys, girls…one’s weight size is an ever-changing, ever-unnerving issue. Now, I’ve never been considered heavy-set (I have no problem with anyone who is heavy-set) but my weight has definitely had its yo-yo moments over the years and personally, I prefer the size I am now. In previously recent years, I had a hard time getting rid of the extra 15-20 pounds that had attached itself to my body uninvited. When I finally felt like getting rid of the extra adipose tissue, I took a few meaningful steps that helped me cut back the weight and get to a size that I felt more comfortable with. A couple of people asked what I did to shed the few pounds. I’m not a fitness expert and by no means am I against exercising (I have ways to go in that department); I simply made a few specific changes in my eating habits that proved to be successful for me, which I’m happy to share. Hopefully it will be of help to those of you that are interested in getting rid of that extra 5, 10, 15 or 20 pounds.
Here it goes:

Saying “No” to Sodas
I swear by this one. Once upon a time, I was addicted to Sprite. I mean, 2,3 bottles a day. I love the stuff. However, when I found myself unable to get rid of the extra pounds one of the first thing I looked to as the culprit was Sprite. And I was right. I decided to challenge myself to go cold-turkey on it because I knew slowly weaning myself off Sprite would mean I’d never stop drinking it. It was painful. It’s not easy giving up what you love and conveniently, once I made the decision to stay away from Sprite I started noticing free Sprite everywhere (at work, at events, at friend’s homes, etc). Go figure. After about 3 months of not drinking Sprite or any other soda/juice, I noticed a significant change in my body. I had lost a couple of pounds and my stomach had gotten flatter (which I really wanted). I still have a bottle of Sprite from time to time (after about a year of not drinking soda/juice, I knew I could have one without feeling the need to have another) and I end up having an average of 4 bottles of Sprite a year (that number might be a few bottles higher). When you compare that to the almost 4 bottles of Sprite A DAY I used to live on, you can imagine the amount of sugar not going into my body now. Note: I started using Wyler’s Light Sugarless powders in my water for flavor. They have the Lemonade, Pink Lemonade, Peach, and Strawberry flavors. I fell in love with them. It made the process so much easier.

Switching from Fried to Grilled
I used to eat a lot of fried foods (especially deep-fried chicken, potato fries, plantains, etc) without much thought to the amount of oil I was taking into my body. I thought about it one day and I figured that it wouldn’t kill me to substitute some of my fried foods for grilled. And guess what? Grilled chicken is darn right delicious. Grilled/roasted potatoes are just fine too. I season them just like I would if I were frying them but instead, pop ‘em in the oven. I noticed a difference in my weight when I did this for sure. However, I’d be lying if I said I don’t still eat some fried foods. I love my fried plantains and have no desire to stop eating them. And now that I’m back in Nigeria, my heart has only grown fonder for puff puff. And then of course, chin chin. So, moral of the story here? If you can’t say no to all fried foods, at least say no to some…sometimes 🙂

More Home-cooked meals
There was a time when I was the expert at eating out. Practically breakfast, lunch, and dinner would be eaten out. The lazy girl in me loved it because it meant I didn’t have to lift a finger to make my meals but my money pockets weren’t too thrilled. I figured I’d better start putting my cooking skills to good use and stop overwhelming my system with all that preservative-filled, butter-laden & sugar-loaded takeout and restaurant dishes. My system was thankful, and so was my bank account. It’s so much cheaper to buy groceries and cook than to spend money outside. Granted, I still eat out from time to time but again, when you compare how many times I eat out now to back then, there is a significant difference.

Get Sauces on the Side
When I go to restaurants, I try to remember to ask for my sauces on the side. I never realized it before but this makes a huge difference. I noticed that when I get my sauces on the side (i.e. barbecue sauce for ribs, salad dressing, maple syrup for pancakes, etc), I normally don’t use more than half of the sauce on my dish. Half of a small container of sauce might not seem like much but when you add up all those half containers of sauce each time I go to a restaurant, it adds up! This one has been a real eye-opener and I can honestly say it helped me with my weight.

Saying “No” to Dessert
There was a time I made a habit out of eating an appetizer, entrée, and dessert when I ate at restaurants. Blame it on American influence. At some point, I decided that I didn’t need all three – which always left me feeling sick and overstuffed. Instead, I commit to eating an entrée and once in a while, an appetizer beforehand. This doesn’t mean I don’t ever have dessert; it just means I rarely do. From my vantage point, it works better for me to curb my sugar intake more than my salt intake. (Yes, I know too much sodium isn’t good; I’m doing my best with that).

Portion Control
I’m Nigerian. You already know what that means. When I eat, I have a natural tendency to fill my plate to the brim with carbohydrates. Piles and piles of rice, spaghetti, potatoes…the works. What has helped me is reducing the portion of food (carbs especially) I eat in one sitting. It doesn’t mean I don’t still eat quite a bit (oh, I do), it just means that I now spread out what I would usually eat in one moment into two meals throughout the day. It helps. FYI: This rule has a way of jumping out the window when I’m famished and can’t seem to see straight. Free me o.

Not eating After 9:00pm
Some experts say don’t eat past 6:30 or 7pm. That won’t work for me, sorry. For someone like me who’s been known to eat around 11pm, sometimes midnight, 9:00pm is a good-enough compromise. Even that I’m not always successful at.

Snacking Differently
I’m not much of a snack person. However, once in a while I get cravings for chips or candy or cakes (Have you ever had the Berry Chantilly cake from Whole Foods? Ridiculously delish). Sometimes I indulge that craving. Sometimes I decide to have fruit (orange, blackberries, grapes, etc) instead.

It’s important to note that none of these things I did required a drastic lifestyle change but instead involved replacing old detrimental food habits with new, practical, and helpful ones…gradually. I am not one for starving myself (I tried being anorexic in high school – I lasted one day. I like food too much abeg!) but I do believe that there are certain compromises I can make with my eating habits that will allow me to enjoy my meals while at the same time provide me with added benefit. I hope that this article provides some helpful tips for you in getting rid of those pesky pounds and mitigates the common, overwhelming feeling associated with losing a little extra weight.

Any tested and tried weight-loss tips you’ve done that have been successful for you?

Any that haven’t worked for you?

I’d definitely love to know and I’m sure others would too.

Adaeze Diana is a freelance writer, copy-editor, speaker, and vision coach who helps young Christian women feeling depressed/hopeless discover who they are and why they exist so that they can learn how to enjoy more fulfilling and fruitful lives. She blogs about the spiritual lessons she's learned at www.deserveyourgreatlife.com. You can follow Adaeze on Twitter and Google+.