Liz Awoliyi: The Stigma of Coming From a Broken Home 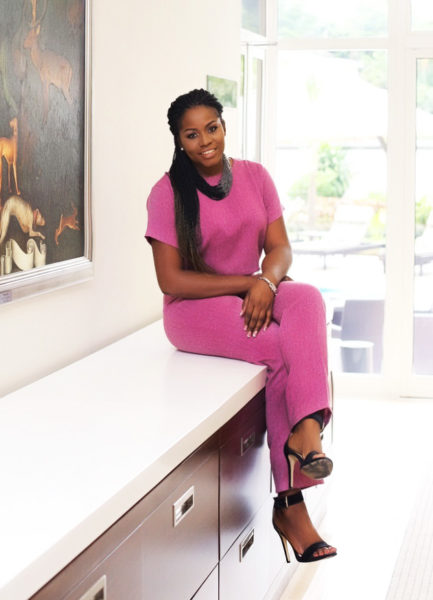 I decided to tackle this subject because all too often I’ve seen and heard too many people looking down of individuals who come from a broken home. Coming from a what society calls a “broken home’ or ‘dysfunctional’ family has a very negative stigma.

For me, the term “broken home” is ugly. If something is broken, we have roughly three options in dealing with it: we can leave it as is and manage it; we can fix it; or we can get rid of it.

This approach works for things we own, zippers on your dress, mugs e.t.c But how does one term an individual as coming from a ‘broken’ home? Why does society allow that stigma to lie over the heads of someone when the fact that their mother and father choose no longer to be together is completely our of their control? I feel sorry for children who have to deal with this.

This follows on to later life when its time to choose a spouse and you’re judged on that, seemingly people of this school of thought and mindset put out there that children of broken homes, lack the values, morals needed to sustain a marriage.

People not only look down on you because you come from a broken home, many have the belief that it has an impact on future romance – that something must be wrong with you.

The end of marriage is always traumatising, and a sensitive time for everyone involved. However, I read in shock, OAP Freeze’s statement on his marriage and I quote: ‘Ope was raised by a single mother who had seven children from three different fathers. Everyone discouraged the relationship pointing out her mother’s situation and warning me that this might lead to a character flaw in Ope but what did I know?’

First of all, it wasn’t fair of him to put this information out there like that. Secondly, is he and everyone who warned him correct to suggest that Ope may have character flaws because of her mother’s situation?

You hear of women blaming the quarrel with their husbands, on the fact of the parents being divorced – believing that his family history is the main impact on their failing relationship.

Marriage is hard work. There is a physiological implication when you didn’t grow up with both parents. But we are each the architect of our own lives. Many people who didn’t grow up with a Mum and Dad together, choose and fight for a different story for themselves. People don’t want the repetition of his/her parents’ situation.

Personally, I look at it like this, some individuals make better wives/husbands when their parents haven’t been together in the same way individuals from poorer homes hustle harder to make a better life for themselves. Some of my friends, who didn’t have as much as me growing up, ended up being better financial managers than me. It’s the same theory here.

Betty Irabor, in her Morning Dew talks of her father leaving the family home when she was a young girl. Look at her today, she’s been married for 33 years, and celebrated yesterday! Congrats! In her case, the theory of your parents’ separation having a direct effect on the longevity of own future relationship with your spouse is disproved.

Peoples’ misconceptions on this topic are alarming. Broken homes are the product of wrong choices and mistakes of parents and shouldn’t be blamed or used to judge the children involved.

My thoughts on this are that it is not a one glove fits all situation. There are no rules to this. It is not a case of nature versus nurture. We as humans are complex, and we all have different dispositions regardless.

I’d be interested to read other views on this topic.

Ex Chief of Defence Staff Badeh: I Headed a Military that Lacked Equipment

Could Walmart be coming to Nigeria? Ambode Meets With Executives