#BN2015Epilogues: 2015 Was a Year of Constant Learning and Growth for Paul 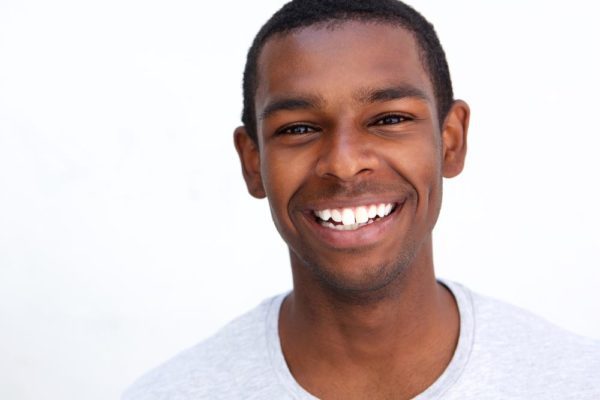 Paul‘s story is inspiring, and for our readers who have been trying to start things and can’t seem to find the motivation to GO… this one is for you.

***
Hmmnnn, the year 2015 has been the fastest rush of 12 months I’ve ever witnessed as a person. Not fast as per I was able to fast forward time, no. Fast in the sense that I can still remember most parts of the year like it was yesterday; one moment we were in January, and the next, I found out it was December already. Howbeit, I am grateful to God for the blessings and the lessons that came with the year.

It has been an eventful year for me, no doubt. It has been a year of self-discovery, a year of constant learning, of mental and spiritual growth, and much more. It was one year in which I was many things in one person. I was an unemployed Graduate, a Network Marketer, a Site Engineer, a Writer/Blogger, a Fish Farmer, all in 12 months. I will also remember the year 2015 as the year in which my beloved Chelsea Football Club won, and lost the English Premier League title. This goes to show that a lot can happen in 12 months.

I remember going in for an interview sometime in January facing a one-man panel (a Structural Engineer with over 20 years of experience) and I, a rookie who just rounded up NYSC the previous year. More like a David versus Goliath scenario, only difference being that in this instance, I had no stones to fling at this Goliath. Simply put, I came to this battle terribly unprepared. I was told by the person who connected us that I was just to present myself to the man, and then wait to “see how it goes”. Mehn, the moment I sat down with the man’s eyes fixed at me, it immediately dawned on me that I was in for it. This was not a “sit and let’s have a nice chat” meeting like I had thought it would be, this man had other plans.

He began to bombard me with questions that in all honesty shouldn’t be asked of someone who clearly stated in his CV that he just finished schooling about a year ago. In retrospect, I don’t think he even looked at my CV to start with. He just started firing willfully at me like we had unfinished beef from before now. Looking back at the events of that day today, I am happy it happened because it led to my resolve that since the Nigerian labor market is a tough place; I will do all it takes to equip myself so as to survive in it. I also learnt to TAKE EVERY MEETING WITH A POTENTIAL EMPLOYER/CLIENT SERIOUSLY, LIKE MY LIFE DEPENDED ON IT. This means that every meeting, formal or informal, is an opportunity to sell yourself, and you can’t afford to be unprepared. I think this is the most important thing from all this.

Getting to how the Writer/Blogger part came to be; I had always known I could put a few words together, synching numerous thoughts into one thought. I had never reasoned that I could actually write them down as articles that would pass a message across to people. However, it dawned on me one day when I was writing down an idea, that I could actually try to write an article for the simple thing I just wrote. I mean, why waste all these thoughts and ideas that keep popping up in my mind without an outlet to let them out?

Long story short, I wrote the article, and then decided to forward it to one of the top bloggers in Nigeria. The title was “Final Thoughts On The 2015 Presidential Election”. From the title, you can easily tell that it was a very time-specific topic which had a short window of relevance, meaning that it had to be posted before the Presidential election which was now just hours away at the time. Unfortunately, when the blogger finally saw the article, it was already too late to be shared on social media.

I had been thinking of starting up a blog, but procrastination wouldn’t let me. So, I decided that this was enough excuse to finally do that which I had been planning on. Thankfully, I anticipated this disappointment, so after taking a long time to think on the best name to give the blog, and the best platform to use, I posted it as my first article just in time for it to still be relevant enough for people to read.

It dawned on me that SOMETIMES YOU DON’T HAVE TO WAIT TO HAVE ALL THE PIECES TOGETHER. ALL YOU NEED TO DO IS JUST TO START, AND THINGS WILL BEGIN TO FALL INTO PLACE. Now, I have a couple of insightful articles on my blog. Voilà, a new skill had been discovered, one which I intend to nurture to maturity, so help me God!

I could go on and on about the many things that happened to me, and for me this year, but that wouldn’t be necessary. There were times when my fears fuelled my tendency to procrastinate, but I had to look beyond my fears and procrastinations, in order to achieve more. In everything that has happened this year, I have learnt the more to trust God in all circumstances, both in the good and the bad.

Also, with all that has happened this year, I am glad that 2016 will be a greater year, not just because I wish it to be so, and definitely not because of a long list of “new year resolutions”, but because I am ready to take the lessons of this year into next year, so as not to fall into same mistakes of 2015. As they say, once bitten, twice shy.

I also found out you don’t need the 1st of January to decide what things to do differently in order to move your life forward. All you need is the willingness and sincerity to have a change of status quo and then whenever you choose to begin or stop doing something automatically becomes your “new year”.

With all these in mind, and as we get closer to 2016 with every day that passes, I wish you a happy new year in advance!

Jackie Aina Shared Her Makeup Tips For Melanin Rich Girls, And We Are Obsessed!