Moses Obroku: When I Had to Beg in Brussels 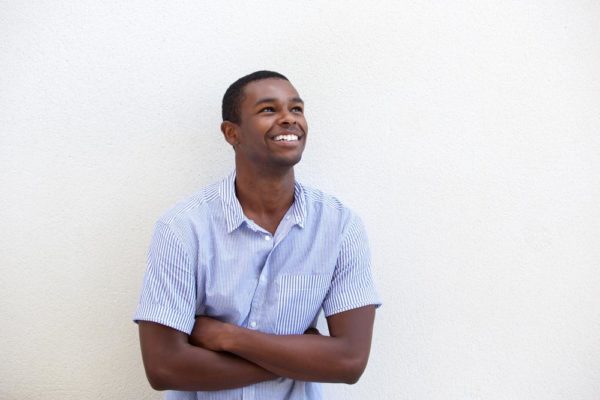 I know the title can conjure up that scenario of a male African migrant, who had gone to look for greener pastures in Europe and was now stranded –  begging for sustenance in the frigid weather that European countries can present during winter. But nothing can be farther from the truth.

It was 2014, and I was a returning student from the prestigious United Nations University/Maastricht Graduate School of Governance in the Netherlands, where I had just completed a gruelling course. The school is located in the serene town of Maastricht in the Netherlands, which is just about one hour away from Brussels, the capital of Belgium. So, it made a lot of logistical sense to arrive through the Brussels International airport; and take a taxi directly to Maastricht town. Rather than the long train or taxi ride that going through Amsterdam would have presented.

Having completed my studies, my return ticket, of course, demanded I departed Europe through the same airport in Brussels. Before leaving Maastricht a couple of days earlier, I was faced with two choices: either hitching a taxi ride to Brussels with two other of my classmates who were also leaving the same day as me, (even though that would mean a-five hour wait in Brussels airport for my flight); or leave Maastricht much later in the day and take a train ride to Brussels by myself. The latter choice posed a greater inconvenience as I reasoned. So I left with my colleagues that morning.

Since my flight would not begin check-in procedures for another five hours , I decided to use the luggage lockers in the basement of the airport, so I could be free to enjoy my rather long wait. I wheeled my bags, (about three of them) to the lockers, read the instructions on how they work and promptly loaded my bags into one I selected. The computerized compartments are designed to secure your luggage when you put in €1, after which it would generate a print out with a barcode and some digits. You are expected to punch this on the keypads by the locker when you return to retrieve your luggage, and omplete the payment depending on length of use. It is clearly written that for twenty-four hours usage of the lockers, the charge is €7.50; it, however, did not state the machine only accepts the exact sum.

I was happy, my bags were secured. I could now roam the airport or even take a ride into town if I pleased. After all, I had five hours to kill before check-in time. Leaving the basement, I went up to the departure lounge, had breakfast, did some window shopping, and generally spent time using the internet. When the moment came for me to retrieve my bags, I took the elevator to the basement brought out my little pouch where I kept coins and counted €7. Since I had put in €1 earlier, I am expected to now drop €6.50. Well, I didn’t have €0.50, so I dropped €7.The machine promptly accepted €6, and then returned €1 to me stating that I should insert €0.50!

I thought the machine malfunctioned at the moment, so I pushed the €1 back in expecting it to at least release my bags; even if it would not dispense any change to me. It promptly rolled back my €1, blinking €0.50 as the amount left for my payment to be completed. I knew I was in a situation at this point, as the departure floor is quite some distance from the basement.

So I thought I might as well ask those who come to get their luggage if they could exchange €1 for two €0.50 or if they have €0.50 to spare. I believed that amount was quite insignificant – even though it was now standing between my bags and I. Soon, I realized how big a deal that sum became.

I approached the first person who came by from the car park. He did not even stop to listen to what I had to say. While I reasoned he was just having a bad day, or running late for his flight; I spoke to the next fellow who checked the money with him and said he only had €1 and above. Not the €0.50 I needed. After approaching about five different people, within a few seconds interval each without success – with most of them barely listening to me – I started contemplating going the distance to the departure floor to increase my chances of obtaining the now elusive €0.50.

Immediately, two young ladies came by to get their bags and I decided to ask them too. When I noticed how they eyed me suspiciously, I told them my plight and proceeded to flash the wad of over €1000 I had on me to show I was not indigent. I would not know if it was the money they saw that gave them reassurances; but they asked me to wait for them to get their bags so they would know if the change I needed would surface.  Unfortunately, it didn’t. And my irritation grew.

At that moment, a couple of things occurred to me. I remembered I am a young black male and that probably did not improve my situation (which may explain why some of the people I approached did not even stop to listen). I realized how friendly we are as a people in Nigeria. Even when we don’t have the solutions to each other’s issues, we usually empathize. I also remembered how easily it is for us to part with money to total strangers in Nigeria. All at once, it became apparent that, seeking assistance anywhere is not as easy as it looks.

In fact, it is hard work that requires a lot of confidence to accomplish. I discovered that aside from those who are handicapped, people who resort to begging through life could very well excel in sales and marketing. They have all the characteristics. They know how to approach others, explain the situation, persevere and eventually make you part with money. I finally learnt that, some of those well-dressed, well-spoken people who besiege you with request for help on the streets of Lagos may have genuine needs.

As I came out of my ‘lessons learnt moment’, I recalled I had still not resolved my luggage retrieving situation. In retrospect, I think I was more reluctant to go to the departure hall to look for the change I needed because it would have presented the same situation as I was in the basement. I could either have looked for an item to buy that can give me the €0.50 I sought (which would have been difficult) or kept asking for who can do an exchange for me. Having some faith, I decided to also ask an elderly couple who came by. While her husband handled their luggage from one of the lockers, the lady listened to me and said ‘don’t mind those machines, they are silly inventions’. She checked her coins with her, and found a €0.50 I had been asking for. As she handed it to me, I could see that she had another €0.50 among the coins she spread out on her other hand.

Even though she wanted me to have one €0.50 for free, I politely asked her if I could give her €1 and get the other half. She agreed. As I went to the fortress of a locker that my bags were held, she accompanied me; probably to see if things were fine or if my story was true. I inserted the €0.50 into the machine, and heard the locks snap out of place from within, even as the door to the locker flew open! That kind elderly lady who saved the day for me, just started clapping and cheering as if I just scored the winning goal in a major league!

I thanked her profusely, lifted my bags out quickly and put them on a trolley as I headed for the departure hall. The final lesson I learnt that day was that, solutions to problems may not be solved by large amounts of cash as I had with me. Sometimes, they come in form of a caring, listening elderly lady. As for the other €0.50 that she exchanged for my €1, I still have it with me today as a reminder of that ordeal.

Obiageli Ojogbo: Grooms, What Colour of Bride Do You Think You’re Getting?

The Moves that got Everyone CLOSER this Valentine’s Day