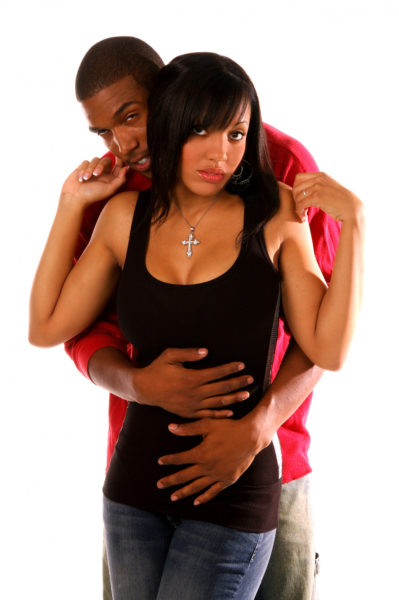 I am not a feminist, neither am I a masculinist. I like to believe that I am a realist and it would be pretty unrealistic of me to deny the fact that sex between single people is quite hip these days. Gone are the days when an unmarried lady or man would have sex in secret to avoid being labelled. These days, it is the other way. Abstinence and virginity are what people hide for fear of being shamed.

I am not here to pontificate or judge anyone; however I would like us to think deeply about the motives behind our actions. I hear a lot of people talk about how they can never marry an individual they never had sex with. I’m sure you have heard that too. The most common justification I hear is, that is the only way to confirm sexual compatibility.

Maybe it’s true, maybe it isn’t; but for argument’s sake, I will follow this train of thought.

Fantastic. My question is though, how many times do you try the shoes before buying them?

How long do you test drive the car for before deciding whether or not to make a purchase?

Not a lot I’m guessing, else the shoe or car salesman would probably kick you out.

If truly this reason people give for having sex before marriage really is factual, why then do people have sex repeatedly all in the name of testing sexual compatibility? I would guess that at most, you can test that, say 3 times to have a good idea of your compatibility. However, the reality is that most people who do this so called ‘Sexual compatibility test’ do it way more than the number of times actually required to run a test.

Let’s be honest with ourselves. Is the real reason you cannot marry an individual without having sex truly because you need to confirm sexual compatibility or is it because YOU JUST WANT TO HAVE SEX – plain and simple?

Like I said, I am not pontificating here. I have been there, done that. I was, if I may say so myself, very good at sex. I thought there was nothing more to be learnt until I got married and sex took on dimensions I never thought existed. Premarital sex was a meaningless pursuit.

You may be thinking, ‘Oh, she’s had her fun and doesn’t want me to have mine’. Trust me, we learn from the mistakes of others because we can’t live long enough to make all the mistakes ourselves.

It’s not a need for compatibility that drives us to premarital sex, it is indiscipline and an unwillingness to put our bodies under control. We let our bodies that we should control, take over and control us. There have been instances where people have great sex lives before marriage and upon getting married, their sex lives go downhill. There are people who pretend to enjoy sex with their partners just to get married, and later begin to display a strong distaste for sex in marriage.

I have seen it.

What then happens to the veracity of the compatibility test then? You tested, you confirmed but things became different in marriage. Trust me, sex is a big part of marriage but it’s not the only important aspect of marriage. There are other areas where compatibility is way more crucial than sex.

If you play your cards right, you can help a sexually deficient spouse become great at sex, you can teach your spouse every sexual trick in the book but it may be more difficult to change an individual’s personality traits, that has ossified over the years.

Let’s not deceive ourselves. When it comes down the brass tacks, you will not choose an individual for marriage solely based on sexual prowess. You won’t marry a man who beats you black and blue because he is great in bed neither would you choose a woman whose character is questionable because she’s exceptional in bed.

Sex is pleasurable but those few minutes or hours can lead to a lifetime of regret, pain, hurt and sometimes even irreparable damages to our health and self-esteem. There is more beauty in the journey of sexual discovery that happens within the sanctity of marriage.

You may disagree with me and that’s okay. All I ask, however, is that you think about it.

Ade Olabode: 3 Things To Do For Long Term Survival As a Business Owner

Drop the Weight with EJ: How to Get More Results Out of Your Next Weight Loss Program

Olawunmi Esan is a trained Psychotherapist, who specializes as a Sex Therapist & Coach. She helps couples take Sexual Intimacy from Routine to Mind-blowing and has worked with over 1,000 individuals and couples to help them enjoy more fulfilling Intimacy and Sex lives. She is a founding member of The African Association of Professional Counsellors (ANEPCO) and the Founder of The Thriving Family, a Counselling Organisation working to promote positive and well balanced family life. You can learn more about her work HERE Olawunmi is married with children.