Akanna Okeke: The Story of the Twenty Naira Note 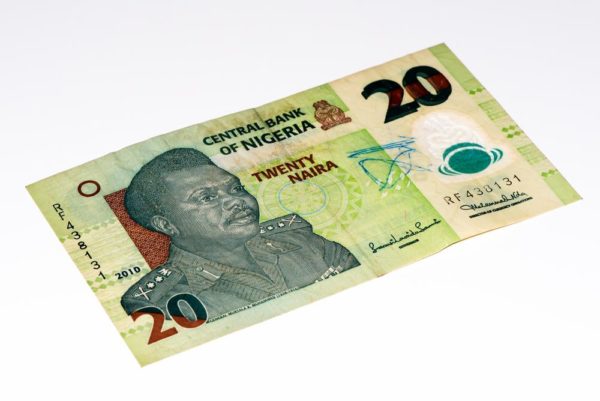 Father Twenty was old and shriveled.  He had been into and around the world and made some impact.  Now he was back home, withdrawn from circulation and was now sending forth his son, Young Twenty, to continue from where he left off.

Young Twenty Naira was a very handsome man.  He had silky polymer skin and the whole world ahead of him.  He was so sure that he was going to have more success than his father did, because he understood his worth and what that could bring to a lot of individuals and households in the land.  And, frankly, he was better looking than his father had been at his age.

So off he went into circulation.  Sure enough, he started to have some immediate success; adding enormous value to people as he moved along.   He was getting bread for the hungry, water for the thirsty, transportation for the stranded, and so many other little things that brought joy to people.

Young Twenty felt really good about himself and the little impact he was making in his world.  He hoped that, somehow, his father was watching and was proud of him and maybe even a little jealous.

Not too long after his series of successes, he plunged into despair.  Everything changed for the worse in one single day.  He was flung indiscriminately onto a crowd in the streets by a governor who was campaigning for a second term in office.  The crowd trampled on Young Twenty as he hit the ground.  He was finally snatched up by a street urchin who didn’t even look at him with a smile as others who received him in the past had done, but shoved him into his dark, smelly pocket.

It was doom from that day on.  Young Twenty found himself in dark street corners, soliciting sex from prostitutes, obtaining illegal drugs for addicts, being called names that he wasn’t so pleased about, like “Shandy”, by policemen who sometimes beat up bus drivers and nearly caused road accidents just to obtain him.

He even found himself in churches but was maltreated there as well, as people squeezed him tightly in their hands, with no regard, as the pastors announced “Don’t let your left hand see what your right hand is giving!”, crumpling him up and then dumping him into a dark velvet offering bag which felt no better than a pit to him.

Young Twenty Naira had come to hate himself.  He no longer thought he was still worth that number-value his father told him he was worth.  But all of a sudden, he found himself back on the streets again; this time, to a roadside beggar who seemed very pleased to see him and received him with joy.  This beggar was parched and so used him to get some “pure water” in order to quench his thirst.  Young Twenty was starting to feel a little more valuable again.

The pure water seller took him and stacked him up among other Twenty Naira notes she had been collecting for a long time.  This was where Young Twenty met others just like him, who encouraged him to stick around with them so that together, they could save a life.  It turned out that the little daughter of the pure water seller had come down with an infection which, in time, would become pretty life-threatening to her. So the seller was saving up some money to be able to take her daughter to the hospital for treatment before that time came.

Young Twenty stayed with them.  They encouraged one another as others just like them joined the group, while they laid out plans on how to save a young girl’s life –it was a cause they were all fighting for; their collective mission.  He made a friend from among them, who seemed quite older than him –he didn’t have silky polymer skin –but not as old as his father.

They shared stories with each other from time to time.  Young Twenty enjoyed hearing his stories because he was so wise and so experienced.  One day, Young Twenty let him know his life ordeal so far.  “All I ever wanted to do was to change the world” he started ruefully, as he narrated all the hurt he had gone through in his short life.  He was convinced that he wasn’t worth much, and that all he could do was bring people little fleeting moments of happiness or other forms of gratification that was rather harmful to mankind and society.

His old friend listened patiently to him and let him pour out his heart.  It was clear to him that Young Twenty had not understood yet, so he proceeded to explain to him in his usual wise manner.  He helped him to realize that his worth was still his worth, no matter what external circumstances had done to him.  This is because a higher authority –the government of the land –had declared him so.  As long as that higher authority has not changed its mind about Young Twenty, nobody and nothing else could strip him of his value and worth.

He continued to explain that in coming together with other notes who were given the same worth by their creator, Young Twenty was now able to achieve something far greater than himself, such as saving a young girl’s life.  And that if he kept on being willing to find and keep such associations, he would go on to achieve much greater things than this one, before he’s pulled out of circulation and incinerated.  “Because that’s what awaits us all in the end, death” he said.

That night changed Young Twenty’s life.  The conversation he had with his old friend changed the way he looked at life and the way he saw himself.  He realized that he was valuable, no matter what, and that he needed to bind together with other notes if he wanted to do more than purchasing bread here and pure water there.

He went on, together with the group, to save the life of the daughter of the pure water seller and many other great things, just by sticking with the right crowd.

He later got old and was not ‘Young Twenty’ anymore.  His polymer skin had faded and he was amazed that even though people could not see, clearly, that number-value the government had printed on him, they still recognized him and recognized his worth by treating him accordingly.

He was shortly pulled out of circulation and was also now sending forth his own son into the world to carry on from where he left off.  He gave his son all the advice his father had given him, and more.

He told him “Son, your job is to supply the value deposited within you to others.  The outcome of that isn’t yours to worry about.  Just get busy adding value to, and serving people. And in the process of doing that, make sure you identify the right people to associate with –people who are interested in pursuing a cause much greater than themselves; people who understand their value as individuals and the impact they can make when they come together for one cause.  Attach yourself to such people, and the world is yours for the taking”.

The new ‘Young Twenty’ went ahead to take on the world, standing on the wisdom of those who had gone ahead of him and returned; and always seeking to be bundled with the right crowd, for maximum impact.

27 & Killing It! Christine Izuakor is the Youngest Person & First African American Woman with a Systems Security PhD at UCCS #BellaNaijaWCW

“If nobody is going to sell your market for you, better do it yourself” – Denrele on CNN African Voices