BN Prose: When the Rubber Hits the Road by Grace Ogor 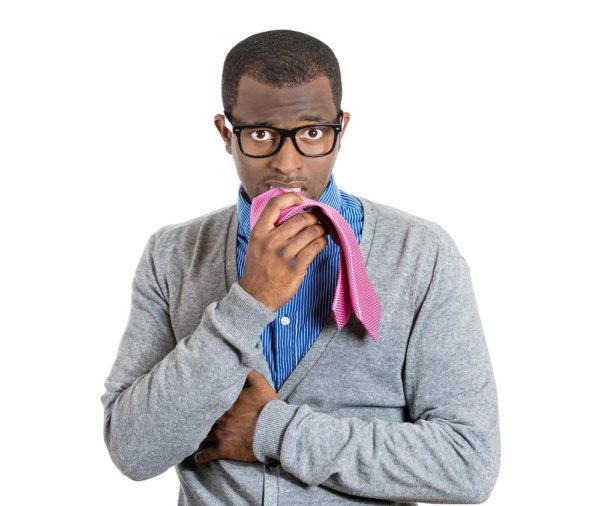 “She has killed me ooo.” Ashinedu, Emeka’s wife screamed as her mother-in-law lunged at her throat.
“Mama, leave her neck na?” Emeka tried to pry his mother’s hands from his wife’s neck.
“Mama!!!!” He said, “You will kill her o.”
“This child has come to scatter what she did not plant.” Mama Emeka’s voice huffed and puffed with exertion. Emeka finally managed to stop his mother from choking the life out of his wife. He stood in between both women, alert, with both hands stretched wide on each side, trying to stop any further physical attacks.
“What is wrong with both of you?” His voice rose an octave more than normal, looking left and right at both of them.

“It is your mother that has come to scatter my marriage.” His wife squeaked, holding my neck in pain.
“Is this a marriage? Mtchewww.” Mama Emeka’s face was contorted with disdain and mockery. “Please don’t make me laugh.” She clapped her hands and chortled with disbelief written all over her face.
“Ashin” Emeka tried to placate his wife. “Please go to the sofa and sit.” He turned to his mother. “Mama, please come. Sit on this side so we can trash this out.” He directed his mother to seat farthest to that of his wife.
Ashinedu started to move to her sofa.
“See her tiny waist like that of a wasp!” Mama Emeka hissed.

Ashinedu did an abrupt 180, her eyes bulging out and previous pain forgotten.
“It is on top of this tiny waist.” She lifted her elbows shoulder level and angled them while shaking her waist left and right. “It is on top of this tiny waist that Emeka wants to die.” She looked across her shoulders, admiring the dance.
“My son will not die on top of garbage like this.”
His mother launched again. Emeka tried to stop her but oh my, he wasn’t ready for what came next. His mother decked him a low blow to his stomach. He keeled over and went on his knees while his wife took off, seeing her saviour defeated on the floor.

Just as soon as she got to the stairway, his mother grabbed her by the weave and landed her a devastating slap.
His mother and wife were at it while the stars around his eyes continued to multiply. His neighbour, hearing the rancour, opened the door and walked toward him gingerly.
“Emeka, what is it?” He placed his hand on his shoulder.
“Please help me throw them out of the house.” He groaned on the floor. The wind had been taken off his sails and breathing had become such as laborious task.

His neighbour rushed to the women and managed to diffuse the situation. Emeka staggered to his feet as the pain gradually eased off.
“Now she wants to kill my husband.” Ashinedu walked to her husband.
“Kill your …….” His mother laughed again.
“Honey, she has to leave this house today.” Ashinedu helped Emeka to the nearest chair.
“Leave which house? Except he didn’t suck this.” His mother beat her breasts with her right palm.
“Well he still sucks mine.” Ashinedu answered defiantly with her hands akimbo.”And would do that for a vvveeery long time.”
“Obviously yours does not satisfy him enough else the girl by the pay phone booth would not have gone from an umbrella to a shop with his money.”

Emeka felt another blow but this time, wished the physical one had rendered him unconscious.
A deathly silence filled the room and everything, including their breathing stilled. The neighbour deftly cleared his throat.
“I’d be at my house.” He said to no one in particular as he walked out the door.
“Emeka, is that true?” Ashinedu turned to him, eyes blazing.
“How can? Can both of you just sit down?” His head and heart picked a quick rhythm.
Ashinedu laughed to her seat.

“How can a mother be this fluent in telling lies?” She wondered aloud for everyone to hear.
“It is your mother that is a liar” Mama Emeka adjusted the wrapper on her waist.
“Well, my mother is a respectable woman.” Ashinedu adjusted herself on her seat, crossing one knee on the other. “That you would know nothing about because of your attitude. No wonder your son Emeka, knew his father was sleeping with your best friend and said nothing because he wanted his father to retain his sanity.”
“EEEHHHHHHH………EMEKA!!!!!” His mother squealed “So you and your late father betrayed me?!”
Emeka suddenly wished his boss hadn’t approved of his leave of absence from work.

Akanna Okeke: These 3 Laws Are Currently Working For or Against You

Ngozi Adebiyi: What Is Your Rainbow?