Mya Williams: What's Love Got to Do With It? 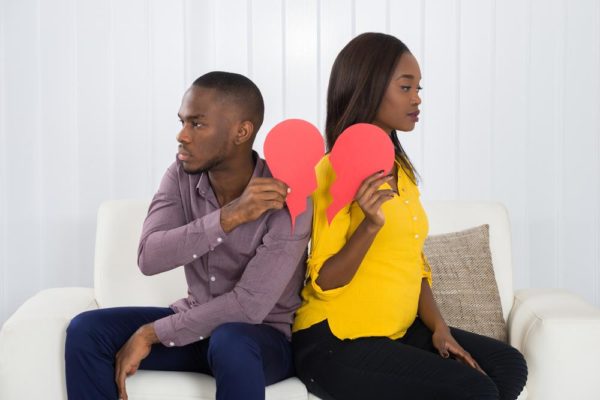 He asked her – are you loving me? She hesitated, not because she was trying to be coy but because she was processing the question and trying to decide the best response. She wasn’t confused about the response either, she knew what her response was, it was simple – Love is a second hand emotion. What he doesn’t know is how she got to thinking and believing that. How much hurt she has been through and how much it has stretched her emotionally, that she can never ever be returned to her initial state. A state which had so much promise for the kind of love she wanted to experience, for the kind of love she yearned for. Little did she know that love she yearned for would be her undoing.

He comes with his baggage, and so does she; but they have a rhythm, a rapport, a friendship, an understanding in the short time they’ve known each other, which makes it feel like much longer. It’s a rhythm that is sometimes uncomfortable and weird but she likes the way he relates with her when it isn’t.

He’s like her Dad, Brother and Lover all rolled in one, which is weird as f*ck, but at the same time endearing. He drives her nuts but he takes care of her. He listens, he shows concern, he advises. He could pamper and spoil her much more though, by giving in more and letting her get away with more than he currently does. After all there’s a good nine years between them. He can also be less hard on her sometimes, when he’s being particularly rigid or irritable.

When she’s pissed at him though, she remembers the night they both got high on cannabis, her high was however way more acute than his. But even through the hazy fog in her mind, she could see the deep concern in his eyes and how worried he was getting even though she knew her reaction was normal. That night was like getting a glimpse into his soul. He was extremely protective, fearfully hovering around her; even his laughter when she did something silly was restrained because he was worried. There could be no better assessment of the kindness of a person’s soul than observing how they are in a situation when they could otherwise take advantage of you or treat you bad. She smiled inwardly as he held her hand tightly to steady her as he led her down the stairs to get something to eat.

She could love him; he is very lovable when he’s not being selfish or stubborn but does she want to? what would it benefit her to do so? Love gives someone a free pass to hurt you, it passes on a great deal of power to someone else and many times than not, they wield that power over your vulnerability, even if sometimes unintentionally. It’s like handing over the strings of your heart to a puppet master. She doesn’t know if he would break her heart if she handed it to him, but the two she ever gave her heart to, did.

You don’t! Why? Because you can’t take it when it all goes south, you can’t go back to being in that deep dark hole you once were before, because this time you may not return. You simply know too much to pretend that falling in love is the fairy tale the world wants to claim it is, so you just don’t.
She could love him but why take the chance.

Have You Bought Your KLM Ticket? Fly for Free with #KLMExperience & Get a Full Refund of Your KLM Royal Dutch Airline Flight Ticket