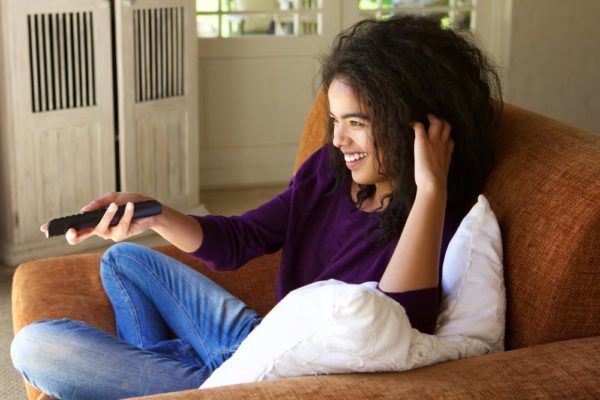 If you are a fan of Nollywood movies, you probably already have certain impressions about Nigerians and their women especially. The female characters in Nollywood movies are almost always cast in similar roles.
The young girls are often portrayed as damsels in distress who eventually find their purpose after they meet a man; or they are cast as gossips and home breakers driven by jealousy and bitterness. Other times they are money-conscious and beauty obsessed simpletons e.t.c;
The older women are usually depicted as wives whose lives are centered around their husbands; they are over-religious mothers who control their daughters, and mothers-in-law, whose purpose is to antagonize the daughters-in-law.

In general, the movies fail to portray Nigerian females in their diversity and complexity. Of course, there are exceptions where the female character is portrayed differently and given non-traditional roles, but how often do we see those kinds of Nollywood films?

While these movies entertain the viewers, it also serves as a medium through which the cultures and norms of the Nigerian society are disseminated to inform and mold the behavior of the masses. As such, they have the potential to shape young minds in a lot of ways.

Without realizing it, young girls in Nigeria who are exposed to these Nollywood films, learn what it means to “be a woman”. Unfortunately, not all of the lessons Nollywood teaches these girls about feminism are good.

Here are some of the problematic lessons:

Marriage is the end game
From as old as the movie “Taboo” to as recent as the blockbuster “Wedding Party”, a number of Nigerian movies tend to subtly or even strongly pass the message that marriage is a woman’s highest achievement, thus should be the highlight of her existence. Most times disguised as a love story or just plain comedy, it essentially portrays the heroine as someone who is all about getting a man to love and marry her. Some of these movies even portray women as men-mad idiots who will go to great lengths to get a man: betray friends, disown their families, and change their religion e.t.c.
Girls, when they absorb this message, start to believe that they must have a man to eventually lead a complete life. This is possibly why the marriage fever is unending and most women in our society today would rather chase a man than chase their dreams…even when they do not even feel attracted to a man.

Nollywood should strive to diversify their plot to include heroines who are able to achieve their life’s purpose without necessarily being married or being depressed they achieved the success without a man by their side.

Being Feminist means being tough, domineering and acting like a man
Among the myriad Nollywood movies that have been produced over the years, some movies have tried to foster the ‘feminist’ agenda. Some of these movies like “Black Bra” or “women in power”, however, end up giving these female characters “male” attributes while trying to achieve their aim. They make them tough, domineering and even get them do certain things that have been stereotyped as ‘male’ behavior. This defeats the purpose, as the idea of feminism is not that men be removed from earth or be hated.
It should not in any way either suggest that the world will be better run by females.
Feminism basically just suggests that the female is of the same status as the male, not less, not better…and this message is what these Nollywood movies should strive to pass across.

This is so that the girls, who are influenced by these movies, are not deluded to think that to be empowered, they have to feel better than men or even despise them.

Women are weak and need rescuing
A classic example is the movie “First lady”. The Heroine already on her own was hoping to be rescued by a Prince Charming. This is a mentality most girls have these days, as a result of the numerous Nollywood movies they have seen on African Magic.
They are unwilling to put in the hard work they need to upgrade their status, or take them out of whatever situation they find themselves entrapped in. They wait to meet a man who will rescue them from an abusive father, or change their lives and take them out of poverty.
This mentality is the reason a lot of our Nigerian girls are still not self-made and not rising up to their full potential.

Nollywood movies that highlight this damsel in distress/knight in a shining amor theme, should be regulated so that we have more girls who are confident and willing to chart their own course.

Being girly is what makes you a beautiful, attractive and most of all “normal”
The heroines who get the happy ending are usually costumed and molded to look and behave a certain way. They wear dresses and adorn themselves with jewelry. They also put on make-up and wear hair extensions. They also tend to show a lot of emotion (they cry and throw tantrums). The few times a female character is shown, perhaps without makeup or flashy girly clothes, she is really poor, and usually, she will have to upgrade to or adopt the “girly” image, in order to get her happy ending. Even more, if is she is dressed in certain clothes that have been tagged “male”, automatically she is a lesbian or a thug who probably will not have a happy ending.

The young girls who get these messages become image-obsessed, as they now believe how they look is everything. Perhaps Nollywood movies need to place less emphasis on the outward appearance of the girl focus more on highlighting the qualities in a female character that makes her uniquely female.

As a woman, you have to wait for love to find you
It is really hard to see any romantic Nollywood movie where the girl took the bull by the horn, and went in search of love. The love stories are always written in such a way that boy meets girl, boy pursues girl, and love conquers all.

In these movies, these girls- even ones that are clearly self-centered and narcissistic- do not need to work on themselves or do anything …love finds them any way.

This is not the case in our real world today. Love does not come easy. At least, not genuine love. It is important that girls know it is alright for them to make the first move sometimes, and go for what they want as opposed to waiting to be pursued.

Also, it is important that they understand that love requires emotional maturity; they may need to work on themselves to attract the kind of love they desire. Nollywood movies should try to reflect that.

Women are destined for subservient roles in the society
In a large number of Nollywood movies, men are depicted as leaders, rulers and successful business men. Women, on the other hand, are mostly captured in domestic settings, their roles constrained to being mothers, daughter, brides, housewives and other related roles. Even in a few movies where the woman is given a sort of ‘masculine’ role or place in a position of power, it is still orchestrated such that she has to submit to a higher boss who is male, or submit to a domineering husband.

This gives the girl the impression that this is all the future holds for her. Her mind is conditioned to accept and even look forward to it. Modern day Nollywood movies should consider the direct and remote messages their moving may be passing across and not ignore them. They can start by ensuring women are not always cast in traditional roles.

What are your thoughts on these points?

DoBetterDouglas: Ban, Demolish & Displace! This is How to Become a Mega City Like Lagos