DoBetterDouglas: Ban, Demolish & Displace! This is How to Become a Mega City Like Lagos

Lagos is on its way to becoming to the biggest, most advanced mega city in the world. And just in time too, as it celebrates its 50th birthday! I have it on good authority that New York, Dubai, Paris, London are all shook, afraid of what’s coming.

The state government hasn’t officially declared it yet but soon, the parties will start and Owambes and white canopies will roll out. There will be none of that nonsense that you can no longer hold parties in the street. The Lagos Island Association of Lace and Brocade Sellers will be picking out the aso-ebi. Everyone is invited. But before we start celebrating, it is good to throwback to how we got here.

It is good for everyone to see the Mega City plan the government used and the methods via which they used it. Here, Douglas, is  he unofficial spokesperson for the Lagos State Government:

First, they came for the Okada Riders
This was the first to-do on the mega city plan. Okada Riders had to be banned. An important part of the mega city plan is to get people to walk more and have less machines on the road, Okadas being one of them. Instead of citizens complaining about Okadas helping them get to places faster or inside inside streets that buses cannot reach, they should walk, keep fit! Maybe next, Lagos will be called the healthiest city in the world too. And for those complaining about the other alternatives, was it not the ban of Okada that helped businesses like Uber thrive? More complaints about that being expensive? Work harder!

Then they came for the Market Women
Banned. Their stalls demolished. They’re loud, they talk too much and they take up too much space on the road. What happened to them being like the women in the shops, who sell expensive lace, who make noise behind sliding glass? We opened world-class shopping centres with world-class rent for them, yet they still want to sell on the streets? This is the only kind of market we want. With all the money street market women, make selling tomatoes (you know we all like Jollof Rice) how can they claim they can’t afford our rent?

Then they came for the Street Hawkers
Banned. After spending billions on roads, do we really want street hawkers making marks on them with their slippers? Most of them probably didn’t do well in our world-class public schools, and now ended up on streets. In any case, we have replaced them with shopping centres. All transactions must be done in an orderly, mega city manner. 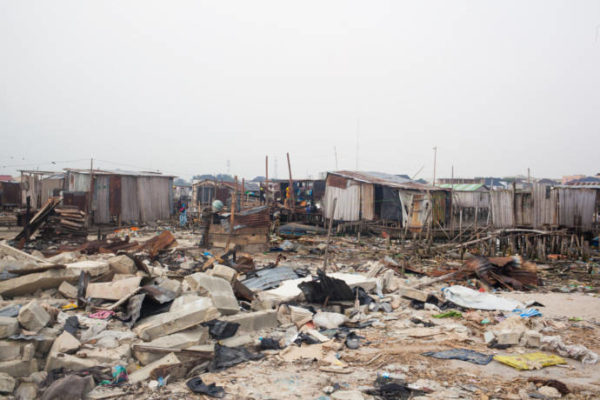 Then they came for the Slum Dwellers or Rather Lagosians Who Are Occupying Expensive Waterfront Property, but their last name is not Elegushi
Displaced. Demolished. Otodo Gbame. Makoko. When the CNN, BBC, come we cannot keep showing them pictures of slum dwellers. This is why they think we are backward. Slum people are dirty. They do not look good in photos. They are not hygienic. They do not dress well. It does not speak well of a world-class city like ours that they live here. Besides the lands they occupy like Otodo Gbame, Makoko Waterfronts could be resorts, the space put to better use. Imagine what people will say about us, if we had more luxury flats, complexes, all new and shiny! They will say we are becoming a first-world city, like our counterparts. Maybe because of Lagos we will even be a first world country. The peoples whose land we took sha…If they work hard, they can even be given employment in these our new buildings. Of course, they will have to find better clothes, and wash up. 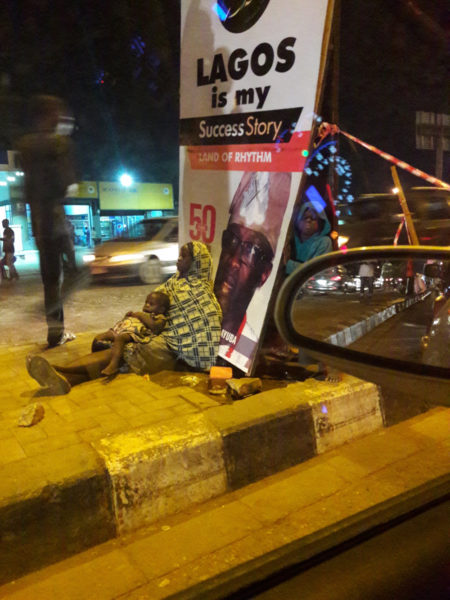 And there you have it ladies and gentlemen! That is how LAGOS became a mega city. The work is not done. There are many more things and people to be banned, demolished, displaced.

You may be next. Our city must be great.

Don’t fight it. Do Better Today!

Akanna Okeke: The Lion & the Gazelle

Douglas is a civil servant but this was not the plan. He convinced his parents to invest their elusive pensions in a private university education. He made sacrifices too. He tucked in every day, wore ties, ate tofu, attended church four times a week, listened to sermons probably drafted on private jets. He even graduated top of his class. At the end of it all the return was supposed to be a great job, regular salaries, workplace oppression by bosses who could actually write a sentence in proper English. But now he is a civil servant. Since the universe didn't keep to its end of its bargain, he won't either. He resumes work at the Secretariat at 11AM, on excellent days. Closes 3.30PM sharp. In between watching Africa Magic And gossiping with Folake in the next office, he writes things like this. You may also find him causing trouble on Twitter at: Tweets by dobetterdouglas