Moses Obroku: Where is Your Humanity? 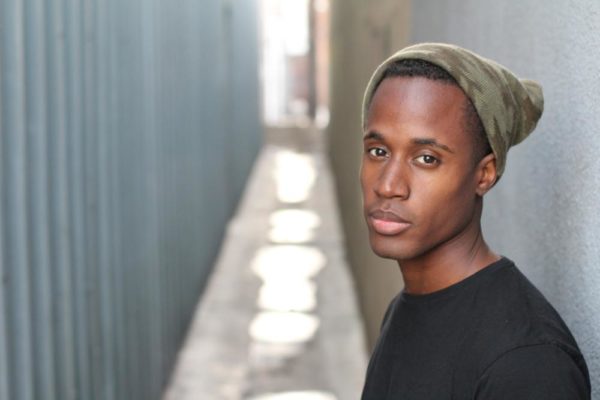 It is getting increasingly difficult to listen to the news without feeling worse for doing so. The kind of evil practiced these days is just alarming, to put it mildly. It is bad enough that victims of crimes experience such wicked acts from people of dark characters. Yet, when society manages to lay hands upon such perpetrators, an angry mob usually agrees, and mete out jungle justice on those individuals.

The practice of lynching in many parts of Nigeria is not new.  It depends on the mood of the mob, and the severity of the offence. Except of course, there is quick, efficient intervention from Law enforcement agents. One of those factors determines if an offender lives to face prosecution, or dies right there – at the scene of apprehension.

I do agree that being a victim of such violent crime like armed robbery, can create that proclivity not to show mercy to a pickpocket; but, we forget it is not the place of the mob to decide what the punishment for a crime is, nor its place to execute it.

Recently, a fiendish cult of diabolical murderers called Badoo keeps showing up in Ikorodu – specifically to kill people in cold blood. Their weapon of choice is usually the grinding stone, or any other crude household item. The group has attained mystical status. There has been sightings of the perpetrators, before they manage to vanish into the bush in the night, by some victims who survived; it is revealed they carry out their attacks stark naked. Without provocation or any other imaginable reason, the group keeps attacking innocent victims in their homes. They emerge from the shadows and carry out their horrific act; often times eliminating entire families.

Having eluded law enforcement agents for some time now, a group of four individuals were apprehended in Ikorodu recently; and declared to be members of Badoo. They were first beaten, then set ablaze by that mob that had a unanimous cry for blood. That angry vengeful mob had no time for investigations. It did not care that those men could have given the Police useful information to track down their wicked organization; if they were truly members. Talks later filtered that they were just land grabbers and not Badoo members. But it was too late.

This is what our society has become. In our desire for vengeance, we collectively turn on suspects of crimes and investigate, prosecute, judge and sentence them in one fell swoop. It is such lawless, self-righteous indignation that sometimes leads to the killing of innocent people. Do we remember the ‘Aluu 4′?

It is this giving into baser instinct that has stripped us of our humanity and unleashed the beast in us. The rising cases of rape and murders and even ritual killings are worrisome.

Before our eyes, people have made a profession of kidnapping for ransom. With non-specific targets, they hit whoever they imagine they can obtain ransom on. What sort of people invade schools and abduct students from their dormitories?

Surely this was not the kind of society I grew up in; it is certainly not the type I want to raise kids in.

Even as I write this, the six students kidnapped from Igbonla Model College, Epe, nearly one month ago, are yet to regain their freedom. We were all too glad when the Police apprehended kidnapping kingpin ‘Evans’. The confession he has been making underscores the point on how debasing people have become. Surprisingly, his wife wants him to be forgiven. But we have news for her. Lagos State has an anti-Kidnapping Law in place now. The Evans chap will have his day in court. And if the court finds him guilty, he will go to prison for the rest of his life for all the people he kidnapped. If it is further established that any of them died in his custody, he will face the death penalty.

Just when one is able to get some respite from bad news on mainstream media; social media forces more unnatural behaviours in our society down your consciousness. Sometimes, such videos range from the bizarre to the immoral. One such video showed a middle-aged couple accused of ‘stealing people’s money with spiritual powers’. Before you can blink, they were stripped naked and shoved along the road. You could hear someone saying by the side that they should finish them off right there. One other leader of that mob kept slapping the bare derriere of the woman aggressively – like that would fulfill his life’s ambition. The Police should be invited to arrest those accused of committing a crime, without resorting to stripping a person off their human dignity.

I saw another unfortunate picture on social media one time. A woman hung herself. She was not alone in the picture. Another lady with a phone held in front of her stood not more than twenty feet from the corpse. She was either making a video or taking pictures of that tragedy. She appeared in that picture because someone else took a shot of that macabre sight from behind.  This is who we have become; lovers of exclusive shots of tragic situations. The victims can sort themselves out while the cameras from our phones click away.

The only time onlookers in a crowd don’t take pictures of an ongoing tragedy is when there is a clear and present danger to them. I don’t remember any of such amateur emergency photojournalists standing in the path of an approaching fire spreading from a petrol tanker.

People collaborated in putting out a fire in those days. Nowadays, they whip out their mobile devices and document the whole thing. With the way we are going, rather than pulling out a drowning man by the hand, we may instinctively bring out phones to capture real time drowning scenario for our viewing pleasure.People now standby and Livestream suicides, urging the one who wants to kill himself to get on with it already.

It was in the news recently that half the humanitarian items meant for internally displaced persons by Boko Haram are diverted. Such items turn up for sale in shops. And in spite of their branded packaging as relief materials, consumers purchase them at low cost; thereby supporting such horrific corruption. Who steals from IDPs who are already undergoing unimaginable travails?  I fear about the level of insensitivity this generation and coming ones will demonstrate. As it is, our society is already a callous, cruel and shameful place.

We are all guilty, people. From those who commit heinous crimes to those who take the pictures or make live recordings of disasters at the victim’s expense.  Even those who love to circulate and view such gory stories without voicing their disapproval.

The golden rule of life remains true at all times. Do to others as you would have them do unto you. If we take a moment to think about what we want to say or do in those terms, we shall begin to reclaim the very essence that makes us humans.